Going back to school? Don’t forget to ditch gender norms

A new study says kids who defy gender stereotypes do better in school. They also tend to be more creative 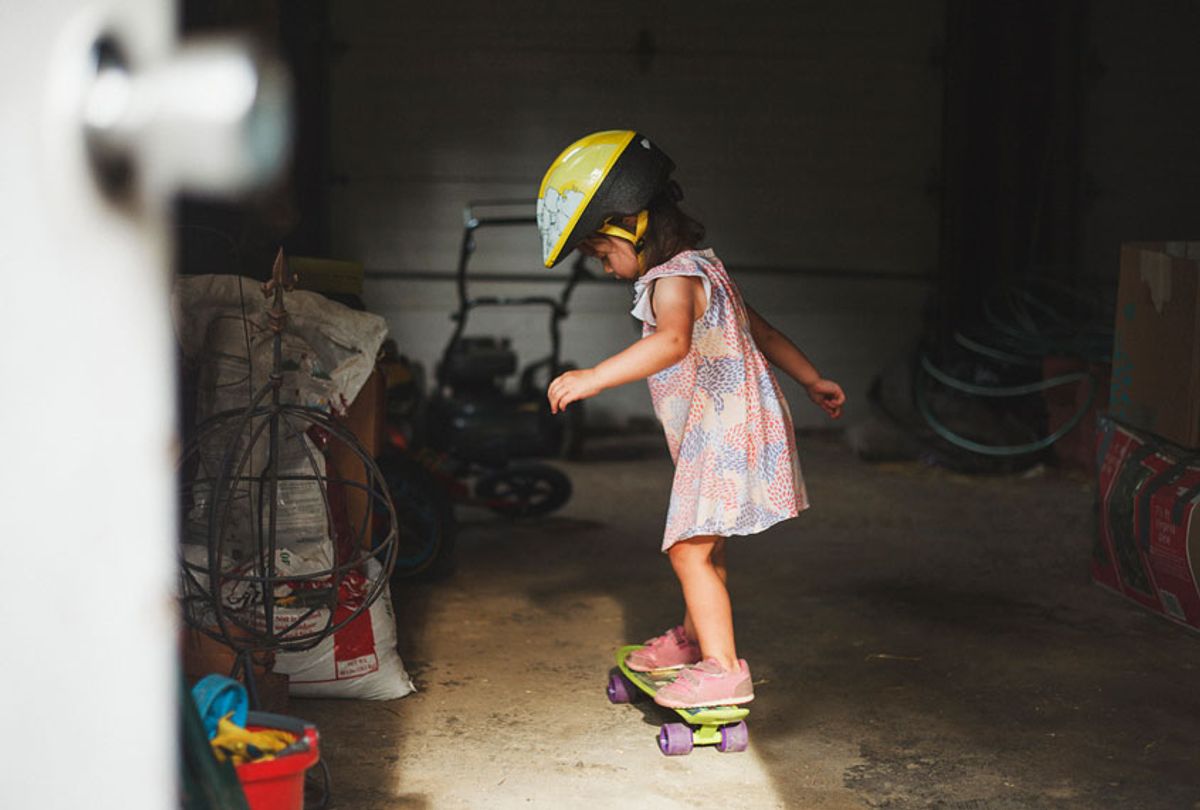 Much of the talk about going back to school focuses, understandably and necessarily, on safety and equity. But a new study from the University of Cambridge suggests we keep something else in mind as school resumes, in one form or another: gender norms. That is, we should avoid them, explode them and encourage kids to reject them.

Why? Because kids who defy gender stereotypes did better. Boys who resisted pressures to be traditionally masculine got better grades. Girls who were marked as tomboys by researchers did better in math, while those who were traditionally feminine risked falling behind.

This was no surprise to me. After two years researching and writing a book about tomboys, and the science, psychology, history and future of gender nonconformity, I have indeed learned how lucky a child is if he or she or they don't follow traditional patterns of gender development. While some might think gender nonconformity is a liability, I have found that, with an accepting family, having, and being, a gender nonconforming child can be an incredible boon and even a predictor of psychological health — and now, it seems, academic achievement.

Most boys and girls play together and act similarly until around age two. Then their brains begin to mature enough to understand our culture's two main sex categories, and which they belong to (around 1 percent of kids don't fall neatly into those biological categories).

By the time they hit preschool, most understand the stereotypes associated with those groups. As they divide themselves, and are divided, into boys and girls, most hew to the group they've been assigned to in how they play and with what and whom; psychologists call this "stereotype-behavior congruence."

As Arizona State University child development professor Carol Martin noted in a 2011 study, "A young girl who thinks 'dolls are for girls' is likely to approach and become interested in playing with dolls and she would likely avoid playing with trucks if she stereotypes these as being 'for boys.'" Most children stick to their sex-segregated script, embracing group rules, weeding out those who don't; in preschool, kids start gender-policing.

But some kids start showing signs of resistance then. Some come out as trans, identifying with a different sex than the one they were assigned at birth. Some girls don't comply with cultural traditions of pink and princesses, choosing to play with boys, or selecting trucks over or in addition to dolls. They don't stick to the script. They're stereotype-behavior incongruent.

Historically, we've called them tomboys, and research about them, and others kids who defy gender norms, has turned up some surprising findings. First, that kids who straddle the masculine/feminine divide are more creative.

In the 1960s, psychologist Ellis Paul Torrance showed that creative girls were seen as more masculine than girls who were less creative; creative boys were seen as more feminine. He wrote that, "Creativity, by its very nature, requires both sensitivity and independence," acknowledging that many see independence as masculine and sensitivity as feminine.

As former tomboy Virginia Woolf said, a writer should be "woman-manly or man-womanly.... Some collaboration has to take place in the mind between the woman and the man before the art of creation can be accomplished. Some marriage of opposites has to be consummated."

In the 1970s, psychologist Sandra Bem coined the term "psychological androgyny" for people who combined "feminine" traits like included being soft-spoken, affectionate, tender, sympathetic and warm, and "masculine" traits like being forceful, dominant, independent and competitive.

Bem thought this was the best way to be. "Masculinity and femininity may each become negative and even destructive when they are represented in extreme and unadulterated form," she wrote. "For fully effective and healthy human functioning, both masculinity and femininity must each be tempered by the other, and the two must be integrated into a more balanced, a more fully human, a truly androgynous personality."

Long before national discussions of toxic masculinity or the plagues of eating disorders and low self-esteem, Bem, Torrance and Woolf suggested that it's best to straddle the masculine/feminine line—something tomboys have always done. Carol Martin found that both tomboys and non-tomboys liked the same number of traditionally "feminine" activities, like playing with dolls, or other girls. But tomboys liked "boy" stuff, too. They weren't limited. Back in 1967, one reverend who spent a decade studying "the ideal woman" concluded that "all mature, intellectually creative women were tomboys when they were young."

Tomboys "show flexibility in their stereotypes concerning what girls do and do not like," wrote Martin.

"Tomboys, rather than having rigidly gendered or masculine interests, may be more flexible," wrote psychologist Sheana Ahlqvist and colleagues in a 2013 study. According to one study, tomboys with many male friends; almost no interest in dolls (though boys have always liked dolls); who assumed the role of boys while playing make-believe; and sometimes said they wanted to be a boy, still had happy friendships with girls. As the authors put it, "None of the tomboys were rejected by their peers."

They were also far more accepting than many of their peers, less likely to engage in gender-policing and revealing less of what's called in social psychology "in-group bias": a preference for your own category.

This isn't to say that tomboys and other gender nonconforming kids are automatically kinder, or have it easy. Many are teased. Others have unsupportive families. A sporty, pony-tailed girl in the occasional dress is more accepted than one with a super short "boy's'" haircut, boy clothes and a gaggle of little boy friends. And a feminine boy almost always has a harder time finding acceptance and support than a masculine girl.

Still, childhood tomboyism can have lasting positive effects. One 2002 study detected a connection with degree of tomboyishness and level of confidence in career success. A 2006 book, "Alpha Girls," revealed a connection between androgynous girls, lower anxiety and increased self-esteem. They were less promiscuous than their more feminine counterparts and less apt to abuse substances. Maybe being socialized as and/or with boys gave these girls access to a kind of male privilege.

It's misguided to characterize traits like dominance, leadership and self-reliance as masculine, or kindness, empathy and compassion as feminine. They should go hand-in-hand: leadership meshing with empathy, dominance meshing with compassion. None of those things belong to one sex. But kids learn so early, and so falsely, that they do.

I often get notes from parents, worried and wondering what they should do if their kid is gender nonconforming. Celebrate, I tell them. It's a gift.

As we return to school environments, we can encourage all kids to be like those who are naturally resistant to gender norms. We don't know yet how much online learning affects those norms, if the format is freeing or constricting. But it's something we can watch out for as we all head back to school, in one form or another.

Lisa Selin Davis is the author of "Tomboy: The Surprising History and Future of Girls Who Dare to Be Different" (Hachette Go; August 11, 2020). She is an essayist, novelist, journalist who has written for major publications such as the New York Times, Wall Street Journal, Guardian, Time, Yahoo, and Salon, among many others. She lives with her family in New York.