How researching tomboys and gender helped me prepare for a pandemic

Humans yearn for cognitive closure. Understanding how to let go of that has proven invaluable for me now 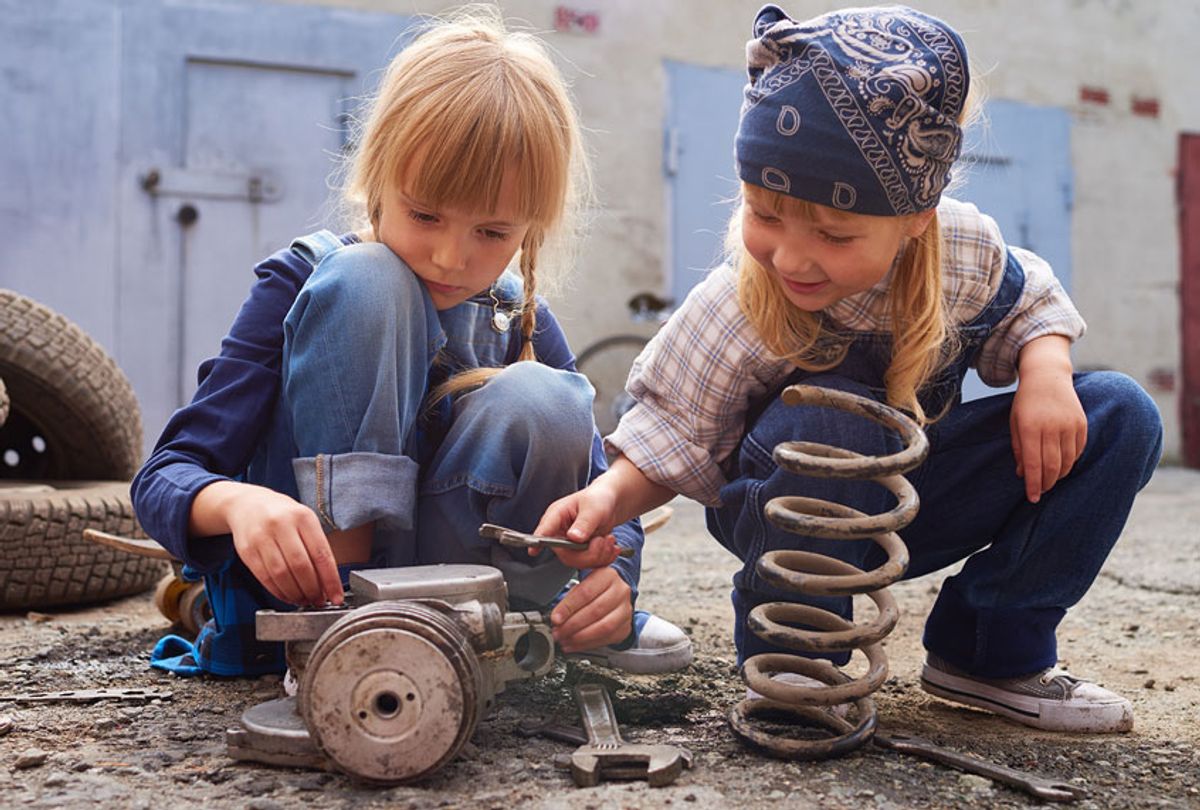 After the fourth day of coronavirus "remote learning," I took a sponge to the chalkboard calendar on our fridge and wiped it clean. My husband had received a pay cut and much of my freelance work dried up, and whatever activities were marked there — track meets, dinners with friends, overpriced after school programs — had all been canceled.

Making plans, I had realized by then, was a luxury. Of course, nobody ever knows what's to come, but I had lived in a gilded illusion that allowed me to schedule things, to assume what was coming in my future — and that some of it was good. Research was both my job, as a journalist, and my passion, as family president. I had summer camp and visits to grandparents sketched out a year in advance. Particularly, and with great hope, I had been planning events around the launch of my first nonfiction book in May, about the science, psychology, history, and future of tomboys and gender nonconformity. The truth is, what I had planned on, yearned for, was to make a major cultural contribution to the difficult and fraught conversation around gender.

I was lucky that, for now, my family could still eat and pay the rent. For some, cancellations meant not covering their most basic expenses; people who live paycheck-to-paycheck navigate an uncertainty I was lucky not to have known for many years. For everyone else, the collective lurch into the unknown was — is — deeply uncomfortable, sometimes terrifying. Humans yearn for what's called "cognitive closure," a psychological term referring to the instinct for clarity and straight answers, the shutting out of ambiguity and confusion. It's why we sometimes cling to wrong answers, to mistruths. To let go of them is to freefall into a world without clear right and wrong, without a charted path forward. Few of us are prepared to live that way.

But amid the unfolding pandemic, I found that the research I'd done for my book, "Tomboy: The Surprising History and Future of Girls Who Dare to Be Different," had actually had prepared me in some small measure.

I had spoken to people from ages eight to 80 who once identified as, or were called, tomboys, of different races and classes and geographies, gender identities and sexual orientations. I wanted to understand why some kids conform to gender norms and others don't. I looked at psychology and neuroscience and endocrinology and history, trying to understand what motivated some girls to straddle or cross the pink/blue divide into territory marked off limits for them. I looked at where that divide came from, and how territory got marked that way. And I looked at who those line-crossers grew up to be. For if they were remarkably similar in childhood — playing with boys, refusing to wear dresses, preferring short hair, running shirtless after a ball — their adulthoods were wildly divergent.

My research had taught me one thing above all else: There was no straight line between childhood gender nonconformity and any adult outcome — not in sexuality or gender identity, not in future femininity or masculinity. The one thing most childhood tomboys had in common was self-confidence. Maybe it came from being socialized with boys, accessing their privilege. Maybe it was what happened when a kid adapted to bucking trends and marching in the opposite path of the herd. As one former tomboy told me, "I was always comfortable with boys ... but I'm comfortable with my femininity. I guess I just have the best of both worlds."

I had learned that you couldn't make future plans based on the way a young child behaved, whether or not she abided by restrictive gender norms. My dream was that parents, our culture and commerce, would stop dividing so much of childhood into pink and blue so that children can explore what's on either side of that line — the nurturing "girl" toys and the spatial-skill building "boy" ones; the frilly dresses and the hiking boots; the long hair and the short; the kindness and the independence.

Childhood, if less of it were divided that way, could and should provide a protective bubble of ambiguity—a bubble that tomboys alone had once had access to, that feminine boys never did. What I wanted was to create more protective bubbles of ambiguity. Give up the need for cognitive closure and be curious about who and how your child will be, I urged parents. Be comfortable being uncomfortable, and say, about your children, "It will be interesting to find out what happens."

I have skin in this game, as the mother of a child who is labeled as gender nonconforming by others and who identifies as a girl, and a tomboy, herself. Or rather, "tomboy" was the word someone gave her in first grade, which didn't offend her and which calmed adults who desperately wanted to classify her, to know why she wanted short hair and track pants and why she played with boys. They assumed her nonconformity meant she would be a lesbian or a trans boy — which she may, just as any child may. But my research showed me that resisting gender norms predicts nothing. There is no cognitive closure with kids.

I had been practicing surrendering that need for cognitive closure for the past year when the pandemic hit. Any illusion of certainty evaporated, any plans, from meeting a friend for a movie to launching a book I hoped would make a massive cultural impact, frizzled into chaos. Embracing ambiguity has become not just a novel idea but a mandate for all of us. There is no more cognitive closure. We don't know when this will end, or what the long-term impacts will be. None of us knows when we'll get sick, or how that sickness will manifest. It's one thing to wonder who your child will grow up to be. It's another to wonder if the life you thought you'd provide that child with will ever be available to you again.

I do make plans now, for Zoom calls with friends — friends I saw regularly, and friends I hardly ever saw. I am incredibly blessed to have the technology to allow this — I know that. And blessed to have so many friends.

I'm also blessed to have learned this important lessons from the tomboys of the world. In the last year-and-a-half, when people asked me how my writing was going, I always said it was the greatest intellectual experience of my life. But it turns out, it was also practice for a plot twist no one could have foreseen.

Lisa Selin Davis is the author of "Tomboy: The Surprising History and Future of Girls Who Dare to Be Different" (Hachette Go; August 11, 2020). She is an essayist, novelist, journalist who has written for major publications such as the New York Times, Wall Street Journal, Guardian, Time, Yahoo, and Salon, among many others. She lives with her family in New York.