My virtual social life is exhausting: Turns out Zoom cocktail hours can burn you out, too

I need to see my friends, but teleconferencing is wearing me out 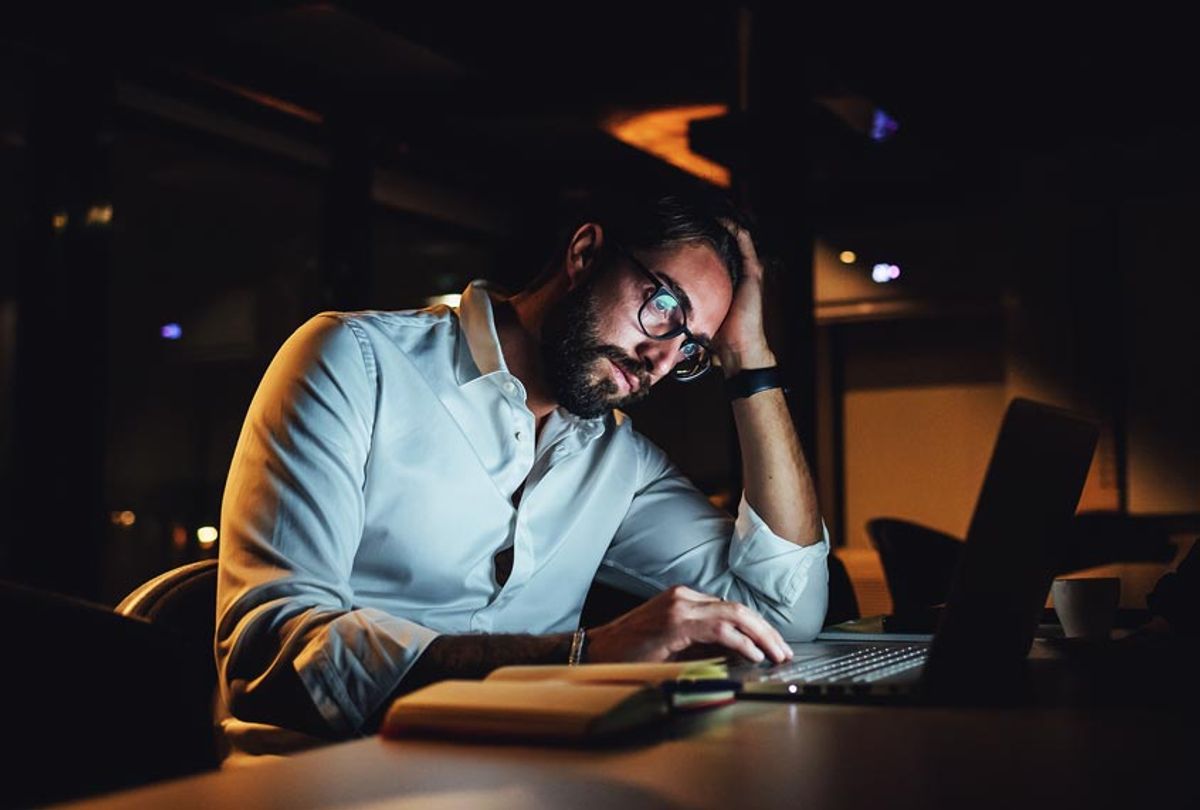 It's hard in here for an extrovert. Social distancing does not come naturally to the sociably inclined, so it wasn't too long into the home alone era before a great multitude of us simply moved our fraternizing online. These days, thanks to FaceTime and Zoom, I am having happy hours with my college buddies, cooking Saturday dinner with a former colleague, taking morning walks with a friend in Paris and talking about books with the person I took my first writing class with. In these difficult hours, I could not be more nourished with companionship. And I'm exhausted.

Sure, part of it is the terror and dread that wakes me up at 4:30 every morning. Another part of it no doubt stems from trying to do my work and academic studies every day in a small apartment that is also now my spouse's office, my younger daughter's high school (band practice included), and my elder daughter's university. But I think it's also fair to say that all this teleconferencing, day and night, is murder.

I was surprised that the Zoom fatigue hit me so hard, and so fast. Just one month ago I got on a plane and traveled to another city in another time zone, where I went dining out with people! In a restaurant! Where I talked to large groups! Then got on another airplane! And felt energized by it all! Mere days later I had become a person who asks herself, "How am I going to power through a FaceTime with my cousin?" It didn't add up.

But then I remembered a conversation I had recently with my friend Celeste Headlee, author of "Do Nothing: How to Break Away From Overworking, Overdoing, and Under Living." Celeste was talking about the office hamster wheel, but she noted, "You'll get a 20 minute break at work, and you'll head over to the break room, and you'll scan through your Facebook or your social media, or you'll pull up Zappos and scan through shoes. Your brain doesn't know the difference between that and sitting down at your computer and working."

"It's inescapable that your brain associates your computer with work," she told me. "It is incredibly rare that somebody has a computer just for Zoom. As far as your brain is concerned, that is a work machine."

Yet when I asked Michael Breus, a board certified sleep specialist and author of "Good Night: The Sleep Doctors 4-week program to Better Sleep and Better Health," what he thought of our now nearly identical work/play format, he was a little more skeptical.

"That said," he added, "utilizing this new technology  is certainly something our brain is not used to, especially for this extended period of time."

We're also just straining the hell out of our eyes.

"When you look at blue light, and what it does and how it affects an individual, if you're sitting in front of a Zoom all day long, this is definitely going to have an effect," Breus said. "It's constant. It's not just that there's blue light coming out of the computer, your eyes are becoming more strained. Any meetings that you would have had face to face are now requiring you to use Zoom, or something like Zoom."

Another factor in all of this exhaustion is the accelerated end-of-days emotional intensity of the interactions we're engaging in. It reminds me of when I had late stage cancer — there's nothing quite like close proximity to mortality to make a person want to remind everybody they've ever known how much they love them. I have a wonderful pal I see maybe once every four years, when one of us is in the other's city. We've been Zooming every week. I have a colleague I met at a conference and hit it off with two years ago. We've been in the same room all of three times. Now we're texting regularly. It's comforting. It's also … a lot.

"I'm seeing my friends more than I did before the shelter in place order," a coworker observed a few weeks ago.

But we're not seeing our friends in the same way. In the real world, it's relatively easy to arrive at a natural endpoint to the evening. It's less straightforward to make a graceful break — or just slip off to the restroom and never come back — when you're partying online. Fortunately, a younger colleague, who's been going to Zoom happy hours with bigger groups, tipped me off to the art of the virtual Irish Exit. Warning — it's not for amateurs or Skype with your grandma.

Forget the ultimate formula for sourdough starter — this was the quarantine life hack I'd been waiting for.

With our days now bleeding into each other with a "Groundhog Day"-like fluidity, work is home and home is school and school is yoga class and yoga class is therapy and therapy is somebody's birthday party and somebody's birthday party is work. And through it all, nobody is wearing a tie, the underwire bra is gathering dust, and apparently pants are no longer happening. This too explains those feelings of nowhere to run, nowhere to hide that you may have been harboring of late. Yesterday my friend Emily — who I now have a standing weekly FaceTime date with — told me her company is all but demanding employees post "fun" work-from-home photos. "I'm up at 5 a.m. talking my vice president," she said. "So, no."

"Thank God, it's not just ME," Anna, a cloud computing manager in Arizona, told me recently over email, echoing Emily. "I've worked remotely F/T for four years and P/T for several years prior to that so this is the norm for me. I have been invited to more video 'talk about our feelings' calls in the last two weeks than I have in my entire career."

"I'm tired of awkward social chatter because honestly, there aren't many 'safe' topics and the feeling of obligation to attend each session, making sure I'm nodding and smiling at the right times, is taking away time from actually getting real work done," she added. "If I'm invited to another 'say coworker when talking about your kids' or 'cutest dog coworker' contest, I may lose my well-perfected Zoom poker face."

Burnout is not inevitable, however. "By Wednesday I'm exhausted, and this is absolutely a marathon, not a sprint," Anna told me. "I want to tell people to just chill out — don't worry about having your makeup done at 8 a.m. or having a virtual background on your Zoom. Focus on life being simple for a strange and scary reason, and use this as a time to prioritize what must get done — and leave that list as short or long as you feel."

Headlee, meanwhile, told me there's a reason it's stressful. "Your home has become just overwhelmingly work now. Yes, you absolutely should keep doing the Zooms, but you can also consider just using the phone," she said. "Think about your high school, how delicious it was to curl up on the floor with the feet in the air talking for hours with your friends. You can reclaim a little bit of that feeling of having these chatty talks over the phone that will not drain you."

Another benefit of talking on the phone, Headlee points out, is you can walk outside while you're doing it.

"Keep in mind that at this point our brains are associating our homes more than ever with work. That line between home and work is completely gone for a ton of people," she said. "Find the way to reestablish that boundary. If social time means you don't do it in the same place where you also work, you're going to find that it's more relaxing."

Breus offers similar guidance. He suggests investing in blue-light blocking glasses and simply pacing yourself. "So many people are going from Zoom to Zoom to Zoom, and that turns out to not be the best idea because you're not giving your eyes a break," he said. "Allow some space between calls. Just close your eyes. Stand up and walk around."

Our new, restricted reality has exposed the limitations of life online, even for the most screen addicted among us. It's also been a lifeline.

"Zoom has saved me these past two weeks," my friend Shelly told me recently. "I am a recovering alcoholic and was panic stricken about how I would get to AA meetings. A little over a week ago we moved all our meetings to Zoom. I've even started doing some socializing via Zoom before the meeting."

As for me, I'm trying to find balance these days by doing as much away from my screen as I can — cooking, running in my park, reading the books on my shelf made of old-fashioned paper, having actual conversations with my family. It helps. I'm also turning down a few virtual get-together invites, knowing we can always talk again in a few days. It's not like anybody's going anywhere. Anna is right; we're all in a marathon here. And if you don't want to hit the wall, you can't just Zoom through it the whole time.