WATCH: Crowd at Bedminster erupts after Trump praises them for refusing to social distance 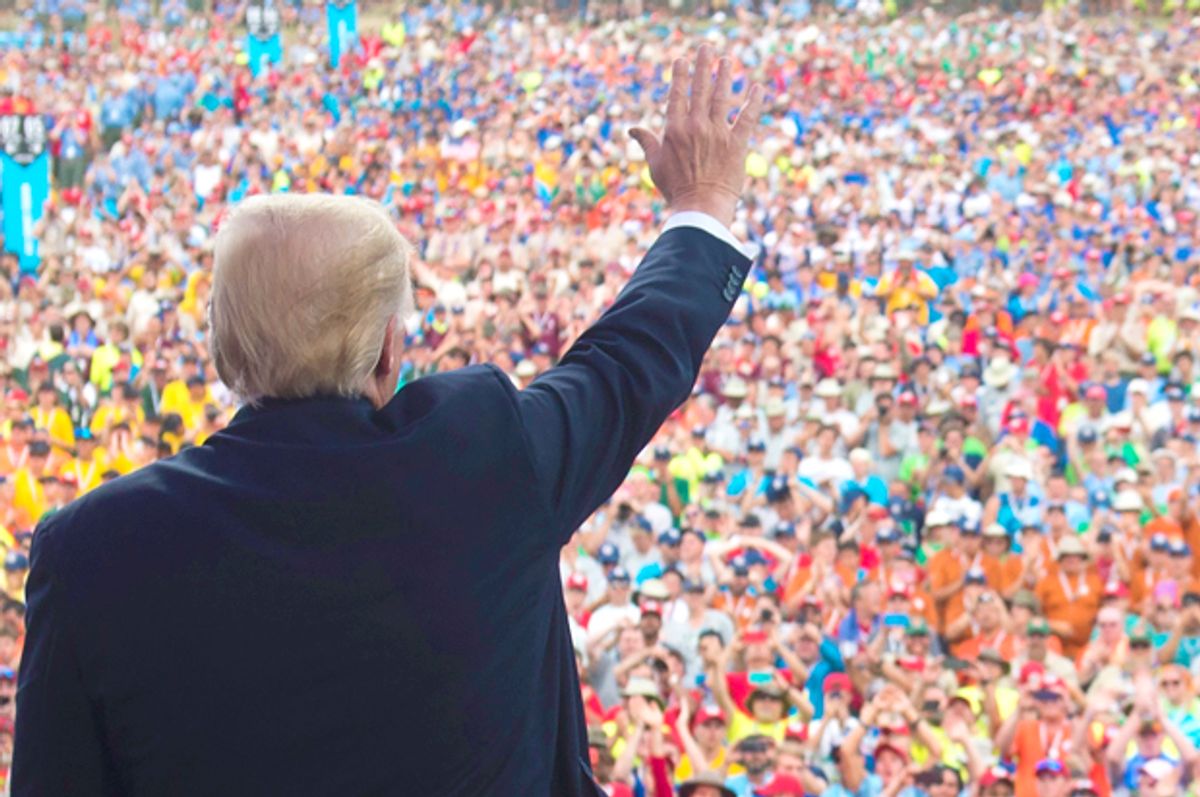 Donald Trump received loud applause from the members at his private club who had gathered as an audience for his presidential address.

Trump was asked why the audience at Bedminster Golf Club was not social distancing, with many seen without masks.

The leader of the free world replied that the event — officially announced by the White House — was a political rally and a peaceful protest.

The audience cheered his comments, as he complained about fake news.

We've reached the portion of the press conference where the President's golf club groupies are booing reporters and cheering the President calling the news fake pic.twitter.com/EA06QAzjEe