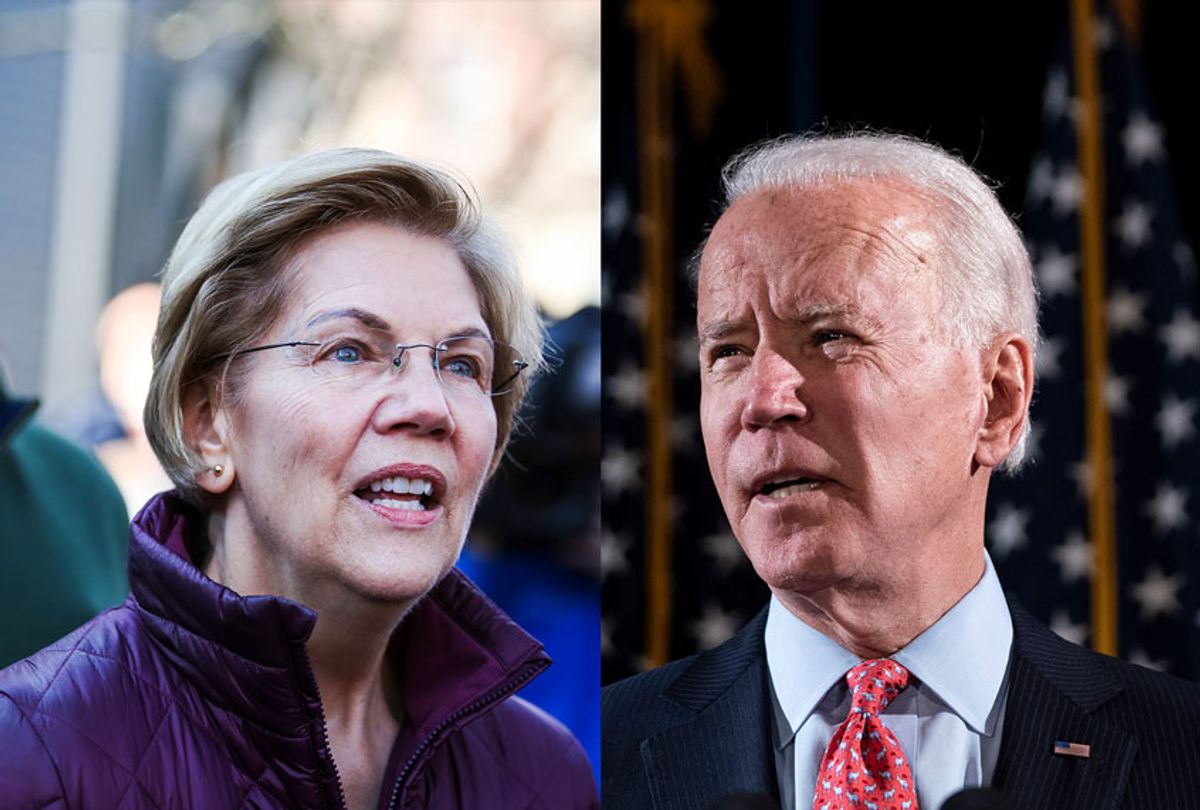 With the prospect of longtime bank critic and progressive Sen. Elizabeth Warren being chosen as Joe Biden's running mate now officially dead, Wall Street executives are openly applauding the presumptive Democratic nominee's selection of California Sen. Kamala Harris as a signal that the top of the party's ticket in November will be sufficiently "moderate" for their liking.

Charles Myers, the founder of financial advisory firm Signum, told CNBC after Biden announced the California Democrat as his vice presidential pick that his "clients really wanted to know if Biden was going to stay in the center, and his pick of Harris reinforces that."

"While certain to generate excitement and to invite additional scrutiny of Harris' record, we see this choice as a net positive for the Biden ticket," Myers wrote in a note to clients late Tuesday. "Harris, who generally could be called a centrist, will not push Biden to the left or the right on major policy issues. She will be supportive of Biden and the Democratic Party's policy platform."

Other Wall Street executives echoed Myers' assessment in interviews with CNBC, pointing to Harris' experience as a senator and California Attorney General as well as her fundraising abilities. "I think it's great," said Marc Lasry, the CEO of investment firm Avenue Capital Group. "She's going to help Joe immensely. He picked the perfect partner."

"She has a strong and active fundraising organization," said Mike Kempner, founder of corporate public relations firm MWWPR. "She will be an important and immediate addition to the Biden fundraising effort. She is a fundraising star. Her experience as a prosecutor makes her uniquely qualified to deliver the case against Trump."

Biden's selection of Harris as his running mate comes months after Wall Street executives and other corporate donors warned the former vice president against picking Warren, a frequent and fierce critic of big banks and advocate for the interests of consumers.

"She would be horrible," one anonymous Wall Street executive and Democratic donor told CNBC in April. A longtime Biden fundraiser said "a lot of the donor base, on board and coming, would prefer almost anyone but Elizabeth."

Veteran progressive organizer and radio host Jim Hightower suggested nothing about the choice of Harris should be surprising, but said the selection only makes more clear the road ahead for those wanting much bolder social change:

While vocally opposed by corporate big-wigs, Warren was widely reported to be among the finalists in Biden's VP search and polled as the most popular option among Black and progressive voters in a Morning Consult survey released in May. A survey of MoveOn members that same month found that 73% would be more likely to vote for Biden if Warren was his running mate.

Warren applauded Biden's final choice in a statement Tuesday evening, saying Harris "will be a great partner...in making our government a powerful force for good in the fight for social, racial, and economic justice."

"I will do everything I can to ensure Joe Biden and Kamala Harris are elected in November so they can get big things done for the American people starting January 2021," Warren added.