The president was caught flat-footed 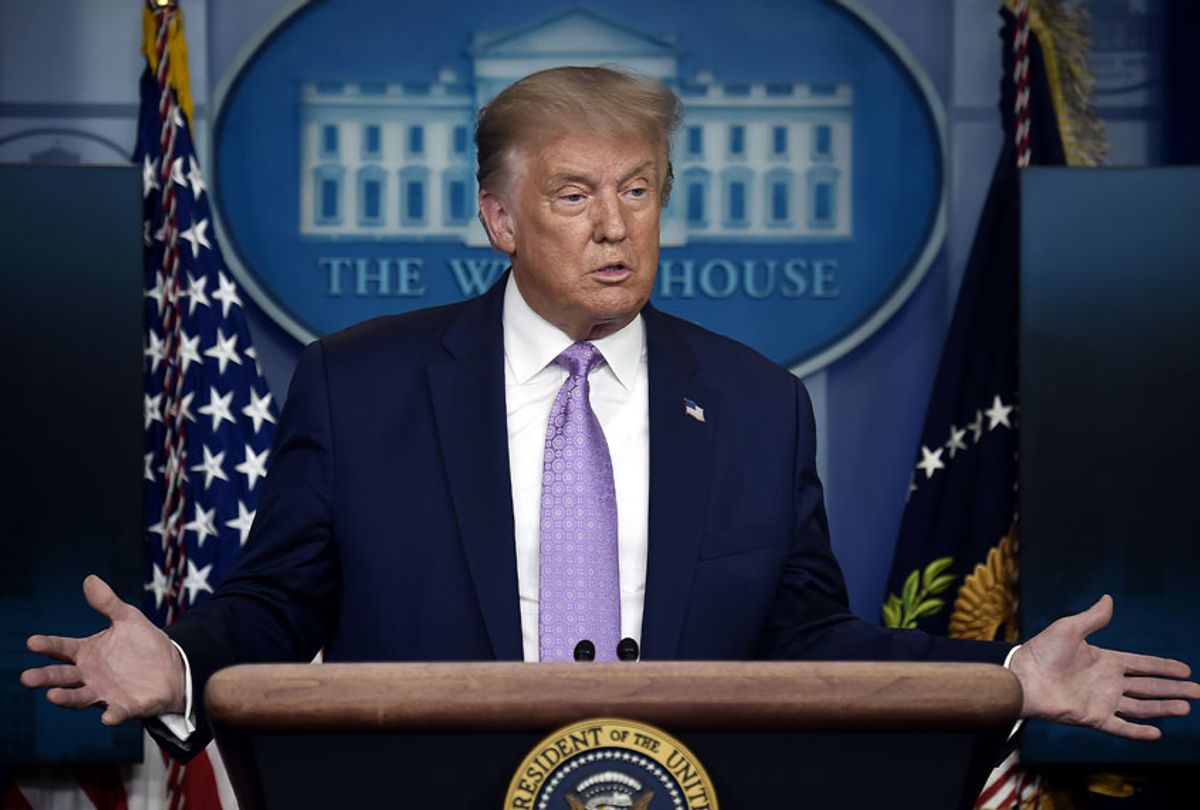 US President Donald Trump answers question during a press conference in the Brady Briefing Room of the White House in Washington, DC, on August 5, 2020. (OLIVIER DOULIERY/AFP via Getty Images)
--

President Donald Trump didn't seem to be expecting to be directly challenged on his wild dishonesty on Thursday.

While he was taking questions in the White House press briefing room, a reporter was unusually blunt with the president.

"After three and a half years, do you regret at all all of the lying you've done to the American people?" the reporter S.V. Dáte asked.

"All of the what?" Trump asked, not yet catching on.

"All of the lying. All of the dishonesty," Dáte responded.

"And who is that?" Trump asked.

"That you have done," the reporter repeated.

Trump had no response. "Uh…" he said, quickly pointing to another reporter to move on. That reporter, too, seemed caught off-guard, and Trump had to urge him repeatedly to ask a question.

Wow. A reporter (I'm not sure who he is) asks Trump, "after three and a half years, do you regret all the lying you've done to the American people?" Trump quickly moves on to the next question. pic.twitter.com/DHn3UvXHnN