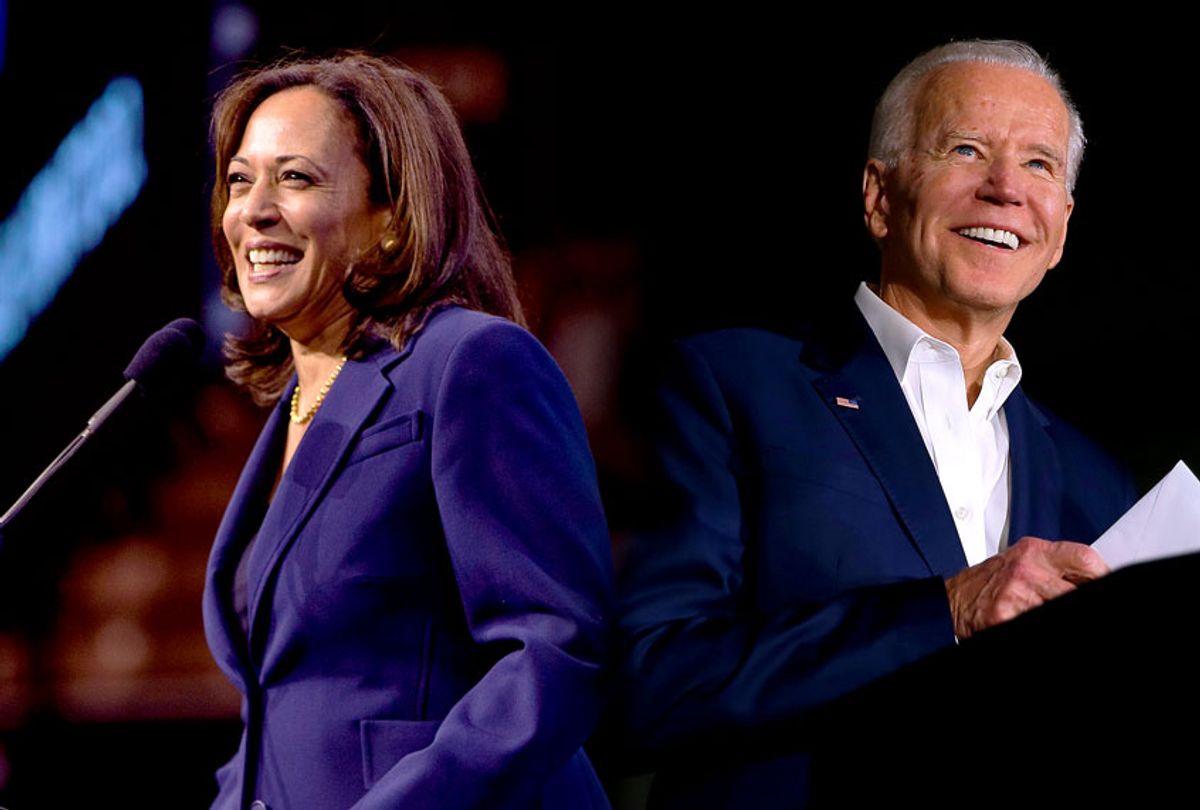 Released on Friday morning, August 14, an NPR/PBS NewsHour/Marist poll found former Vice President Joe Biden leading President Donald Trump by 11% — which, for Biden, was an improvement over an NPR/PBS/Marist poll from June that found him ahead by 8%. The new poll, however, was conducted largely before Biden's Tuesday, August 11 announcement that he had chosen Sen. Kamala Harris of California as his running mate. And an Axios/SurveyMonkey poll conducted after Biden's announcement offers some insights on how U.S. voters are responding to his choice.

Axios' Margaret Talev reports, "Kamala Harris is accomplishing what Joe Biden's campaign hoped she would in her first two days as his running mate: doing no harm, while exciting parts of the base with whom Biden needs the most help." And according to Jon Cohen, chief survey officer for SurveyMonkey, "The initial, modestly positive take on Harris is sure to encourage Democrats."

Axios/SurveyMonkey divided Democrats into "moderate/conservative" and "liberal/very liberal" categories, and both were generally supportive of having Harris on the Democratic presidential ticket: 48% of "moderate/conservative" Democrats said that it made "no difference," while 47% said they would be "more likely" to vote for Biden because of Harris and only 5% said they would be "less likely" to. And 56% of "liberal" or "very liberal" Democrats said it made "no difference," while 40% went with "more likely" and only 4% went with "less likely."

Talev notes, however, "One area of relative weakness for Harris appears to be younger voters, who are effectively split over whether she makes them more or less likely to vote for Biden — though around six in 10 say it makes no difference."