As a strange DNC kicks off, are Bernie Sanders and the Squad being left out?

Bernie Sanders will speak on opening night, but the virtual DNC seems crafted to tune out progressive voices 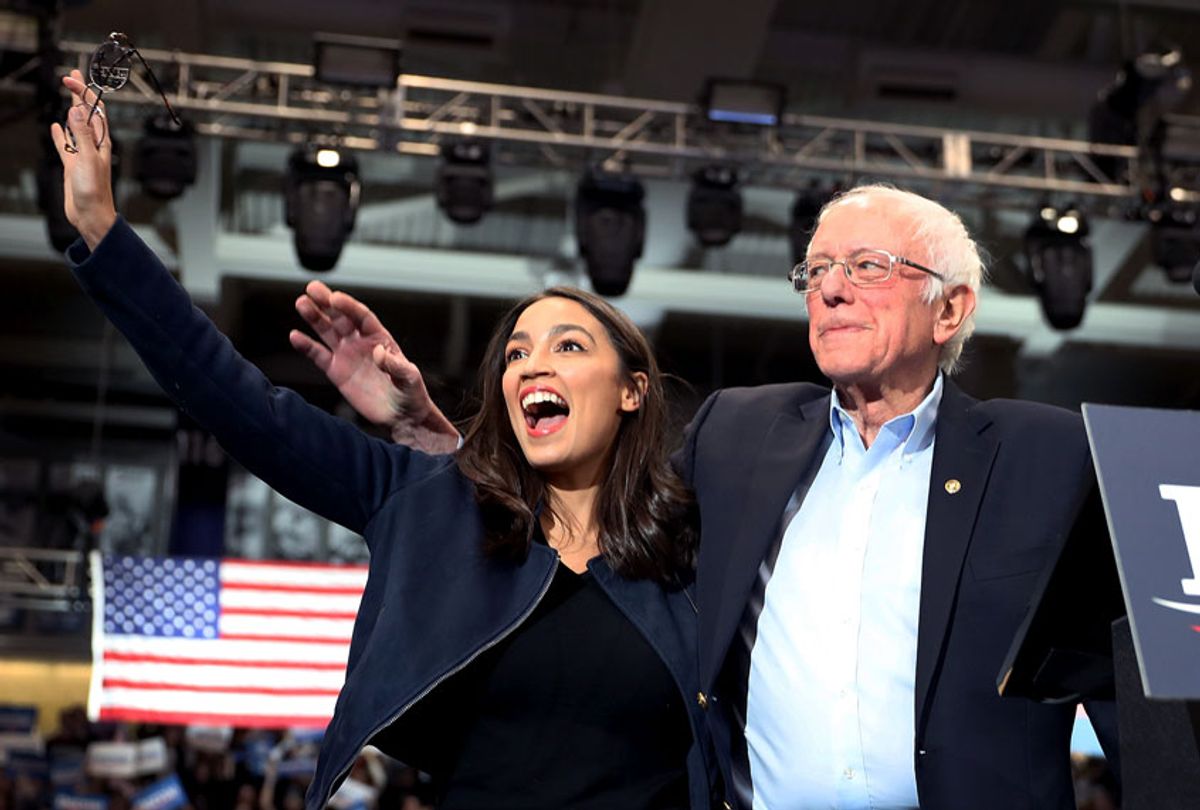 Democrats appear as united as can ever be expected, kicking off the strangest Democratic National Convention in living memory, a somber and toned-down entirely virtual affair this year. As the nation watches the coronavirus death toll slowly climb toward 200,000 and braces for the reopening of schools in some strange and tense new fashion capacity, it's become painfully obvious that Donald Trump is a clear and present danger. Based on the apparent coalescence of the base after a contentious presidential primary season, Democratic voters understand that. And without an in-person convention, this year's DNC won't feature the infamous intra-party floor fights that marred 2016's festivities.

Bernie Sanders opens the week with his keynote address on Monday evening, dubbed "We the People" night by the DNC. Sanders will then hold a virtual town hall, apart from the convention, which will feature Rep. Ilhan Omar, D-Minn., fresh off her easy primary victory, along with progressive organizers and Joe Biden's director of progressive outreach. Sanders delegates also plan to hold a "shadow convention" outside the DNC.

Leading Sanders surrogates Rep. Ro Khanna of California and Rep. Rashida Tlaib of Michigan have already announced they plan to vote no on the DNC's platform — which does not include either support for Medicare for All or marijuana legalization, two progressive policies that garner majority support with Democratic voters. Rep. Alexandria Ocasio-Cortez of New York is the only Sanders supporter, aside from the former candidate, who gets a speaking slot this week even though about one-fourth of this year's delegates are Sanders supporters. She only gets one minute.

That's it. That's the outreach. Former Ohio governor John Kasich, a Republican, will receive a bigger platform at the Democratic convention — and that just about sums up the state of the party less than three months ahead of the election. The triumphant center claims it is extending a hand to progressives and NeverTrump Republicans but is leaning hard in onl one of those directions.

Yes, these are serious times and the threat of a second Trump term should be all the persuasion necessary this go-round for both groups to support Biden. But Democrats are clearly not capitalizing on their nearly all-virtual convention to reach key groups it failed to reach last time. "The four-day event includes only three Latinx headliners and entirely leaves off Muslim Americans, each making up a complex, diverse group of individuals who Biden is hoping to turn out in record numbers," progressive activists pointed out to the Daily Beast. The convention is supposed to be a unifying event for the party where Democrats from all factions come together but this year's DNC lineup doesn't reflect the political complexities of the moment, as Salon's Andrew O'Hehir recently took note:

Ever since Biden swept to victory on Super Tuesday and the subsequent primaries, Democratic primary voters in various places have delivered a different and more complicated message. Three more longtime incumbent members of Congress have been primaried out by more progressive opponents this year, including a committee chairman, Rep. Eliot Engel of New York, and the scion of a Black political dynasty in St. Louis, Rep. William Lacy Clay of Missouri.

Progressive policies and politicians have seen electoral success before and after Biden's rise. As voters in Missouri recently voted for progressive challenger Cori Bush over incumbent Rep. Lacy Clay, they also passed the expansion of Medicaid in the red state. Three members of the far-left plank known as the Squad — Omar, Tlaib and Ocasio-Cortez — easily defeated primary challengers backed by big-money donors. After all the "moderate" presidential candidates quickly coalesced around Biden ahead of Super Tuesday, Sanders quickly realized the fight was over and led progressives into a unity campaign behind the apparent Democratic nominee. It's curious that neither the DNC platform nor the speakers' lineup go very far to acknowledge the effort.

If there is a chance for major outreach to progressives this week, expect it on Wednesday when Sen. Kamala Harris, D-Calif., is set to speak as Joe Biden's running mate. Among Black Americans, 78 percent approve of her selection, according to a new Washington Post poll. Considering the national explosion of the Black Lives Matter movement against racist police violence, Harris has a historic opportunity to forcefully address the mood of the streets. Along with speeches from Sen. Elizabeth Warren, 2016 nominee Hillary Clinton and a performance by Billie Eilish, that evening will offer a "Ladies Night" vibe that serves as a striking contrast to whatever Trump and the Republicans have to offer the following week.