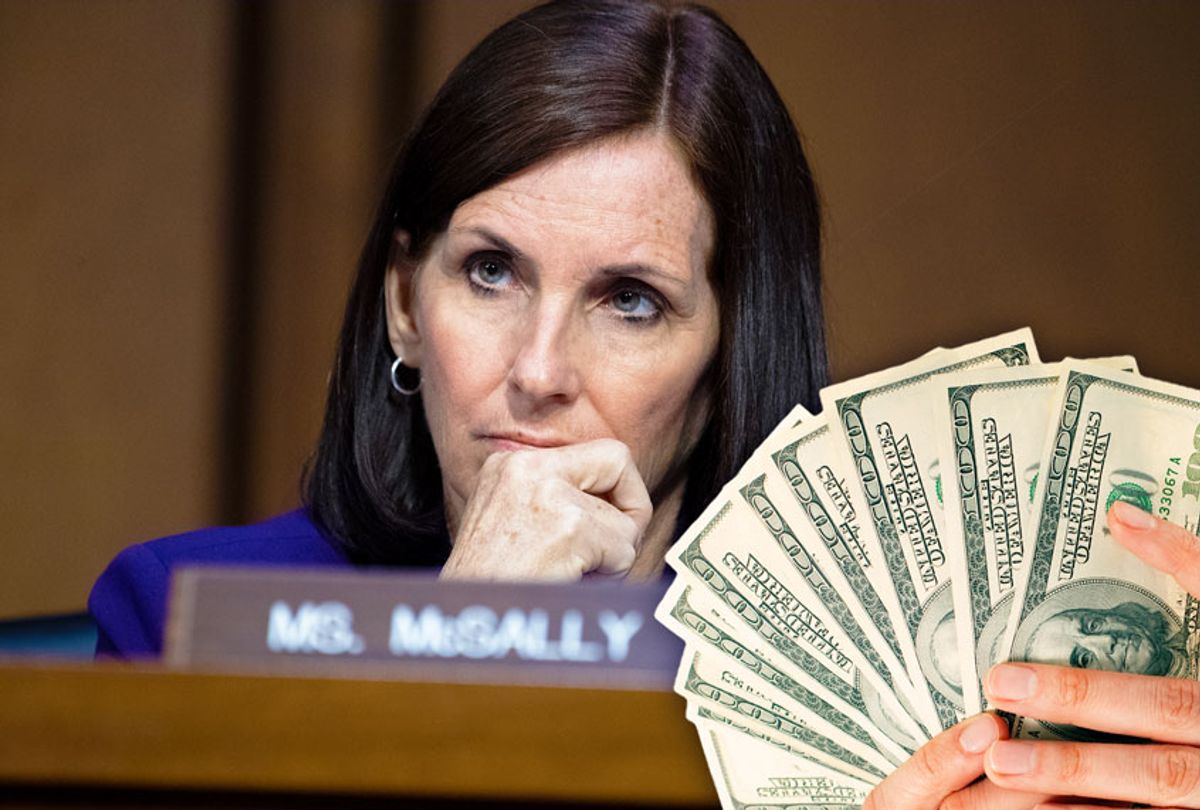 Republican Martha McSally is making a big ask of her supporters as she struggles to raise money to win the Senate seat she was appointed to after losing in 2016.

"One of the most expensive political races in the country is the U.S. Senate seat up for grabs right here in Arizona," CBS 5 reported Friday. "The latest poll, taken last month, shows Republican incumbent Martha McSally five-points behind her Democratic challenger, Mark Kelly."

The network noted that, "McSally is also behind in fundraising and now she's telling her supporters that could come up with more campaign cash to donate if they just fast a meal."

The network obtained audio from a recent McSally event.

There's an air war going on on television right now, right, you see it. And look, we're being outgunned in the air, OK," McSally acknowledged.

"We're doing our part to catch up, you know, to get our message out. But it takes resources. So, anybody can give, I'm not ashamed to ask, to invest. If you can give a dollar, five dollars, if you can fast a meal and give what that would be," McSally begged.

McSally's campaign complained about coverage of the story.

"This is a dumb non-story about a candidate making a joke on the stump," the campaign argued in a statement.