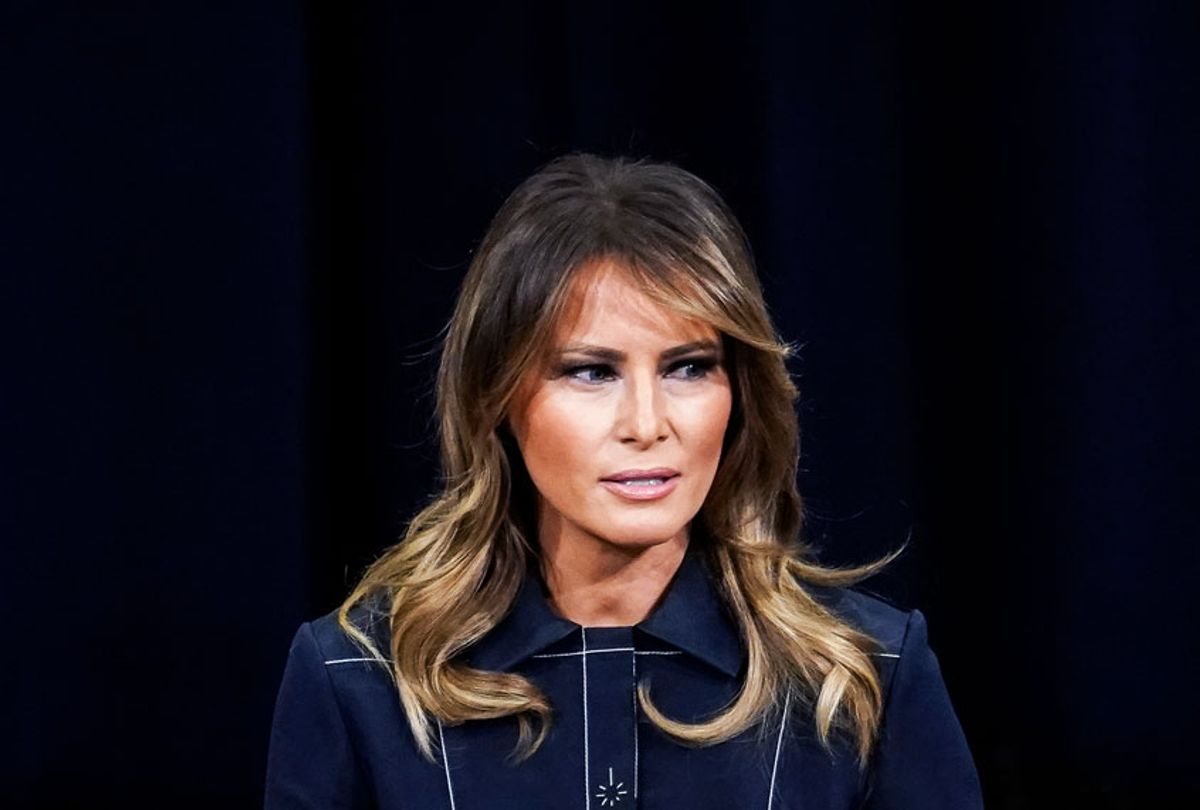 A former friend and adviser to Melania Trump reportedly has audio recordings of the first lady making "disparaging remarks" about President Trump and his adult children, according to a report Monday.

Yashar Ali, a journalist with HuffPost, reported in his newsletter Monday that Stephanie Winston Wolkoff, an event planner who remained close with Melania Trump for years, will reference the remarks in a memoir detailing the collapse of her friendship with the first lady.

Ali, citing sources familiar with the book, reports that Wolkoff will allude to tapes of the first lady deriding her husband and her stepdaughter, Ivanka Trump. Though Ali says the alleged recordings refer to multiple Trump children, he mentions only Ivanka by name:

It's unclear what exactly Wolkoff is alleging that the first lady said about the president and his adult children but two sources familiar with the contents of her book confirmed that she reveals the details in her book including harsh comments about Ivanka Trump, the president's eldest daughter and senior advisor.

It's also unclear if Wolkoff reveals in the book that she was taping her conversations with the first lady but I'm told by sources that the comments published in the book are based on audiotapes.

The book, titled "Melania and Me: The Rise and Fall of My Friendship with The First Lady," will focus in large part on Wolkoff's role in producing Trump's inauguration, for which she says Melania Trump made her a scapegoat amid a federal investigation into the event's financial irregularities.

The news of the alleged tapes comes just days after Mary Trump, the president's niece, released audio recordings of conversations with the president's eldest sister, retired federal judge Maryanne Trump Barry. Those recordings appear to corroborate claims that Mary Trump included in her memoir published earlier this summer, "Too Much and Never Enough," which included embarrassing anecdotes about the president and allegations of rampant dishonesty.

In Mary Trump's recording, Barry is heard calling the president a "cruel" liar and alleging that she helped him gain entrance to Fordham University and the University of Pennsylvania, which Barry says he accomplished thanks to a man named Joe Shapiro, who allegedly took the SAT for Trump.

"All he wants to do is appeal to his base," Barry said on the tape. "He has no principles. None. None. And his base, I mean my God, if you were a religious person, you want to help people. Not do this."

Wolkoff's name has floated in and out of headlines in connection to the inaugural committee, as her inside knowledge of how the committee spent money has caught the attention of investigators. She left her unpaid East Wing position in 2018, and has bristled at speculation that she was forced out for profiteering from the inauguration.

But Wolkoff herself may have triggered those investigations when she expressed concerns about the inaugural committee to Trump's former personal attorney and "fixer" Michael Cohen, a friend of hers, who recorded their conversation. Prosecutors found that recording on a cellphone confiscated from Cohen in a separate investigation.