A new book titled "Free, Melania" provides new details about a subject that has mystified the public for years 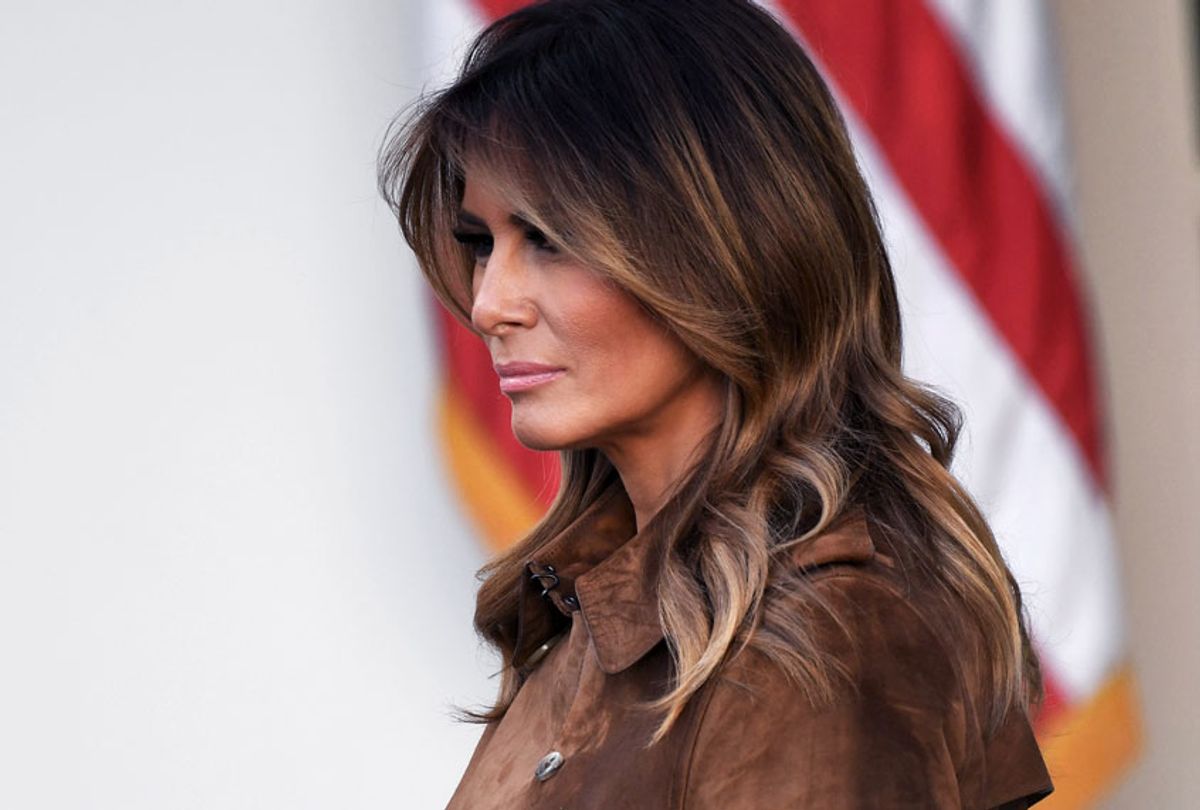 A new book titled "Free, Melania" provides new details about a subject that has mystified the public for more than three years: The life and nature of first lady Melania Trump.

In a new article adapted from CNN Kate Bennett's recently published book, the reporter notes a few topics explored in the text, including the first couple's sleeping arrangement. As long speculated, Bennett confirms that the first lady and President Donald Trump do not share a bedroom.

In fact, they do not even really stay on the same floor. Bennett writes that Melania "prefers her own large, private space in a suite of rooms on a separate floor" within the 30,000 square foot executive residence. The space was formerly occupied by former first lady Michelle Obama's mother, Marian Robinson, Bennett reports.

As for her influence on White House matters, Bennett says Melania, a former fashion model, wields significant power behind the scenes — more than one might expect. The first lady shares her opinions on both political and staffing matters with her husband, "oftentimes more than once a day via telephone." And when her opinions are not enough to prompt change, Melania will take matters into her own hands, as was the case when she released a blistering statement effectively ousting senior national security adviser Mira Ricardel without her husband's stamp of approval.

Though the piece is thinly-sourced, Bennett writes that Melania's relationship with first daughter Ivanka Trump has been contentious since her husband clinched the presidency. She reveals that Ivanka's foreign travel rankles her stepmother: "The trips were, according to a source, too close for comfort for Melania, who thought Ivanka was invading her turf." The odd political dynamic between the two women closest and most influential to the president has reportedly "caused drama."

Three years into her tenure, Melania, who has become known as one of the most fashionable women in the world, remains "as mysterious as private as she did on her first day on the job," Bennett writes. She has battled against the notions that she might be aloof, detached or even "trapped" in the White House, as the hashtag #FreeMelania, which inspired mountains of memes, suggested.

"Mrs. Trump remains a Rorschach test for public perceptions of Mr. Trump's White House: People tend to see her in what they already believe about the president," The New York Times' Katie Rogers, Julie Hirschfeld Davis and Maggie Haberman wrote last August. "To conservative supporters of the president, she is a quietly loyal helpmate. To Mr. Trump's critics, she is an enabler trapped in a gilded case, occasionally breaking out to express a divergent opinion or make a high-profile gaffe before retreating again into silence."

Melania has traveled to several states and foreign countries in an effort to inspire the nation's youth to practice kindness, visit troops in combat zones overseas and accompany her husband on visits with world leaders. She has made tackling bullying one of her main priorities in the White House — the cornerstone of her "Be Best" initiative — though political observers have pointed to the disconnect between her public awareness campaign and the actions of her husband, who regularly uses social media to attack his critics in harshly personal terms.

The first lady has reportedly developed a strong bond with her 12-member team in the East Wing, which Bennett describes as "the White House's tightest ship." She keeps a lean staff list on payroll compared with more than 25 individuals who worked for two former first ladies: Michelle Obama and Laura Bush.