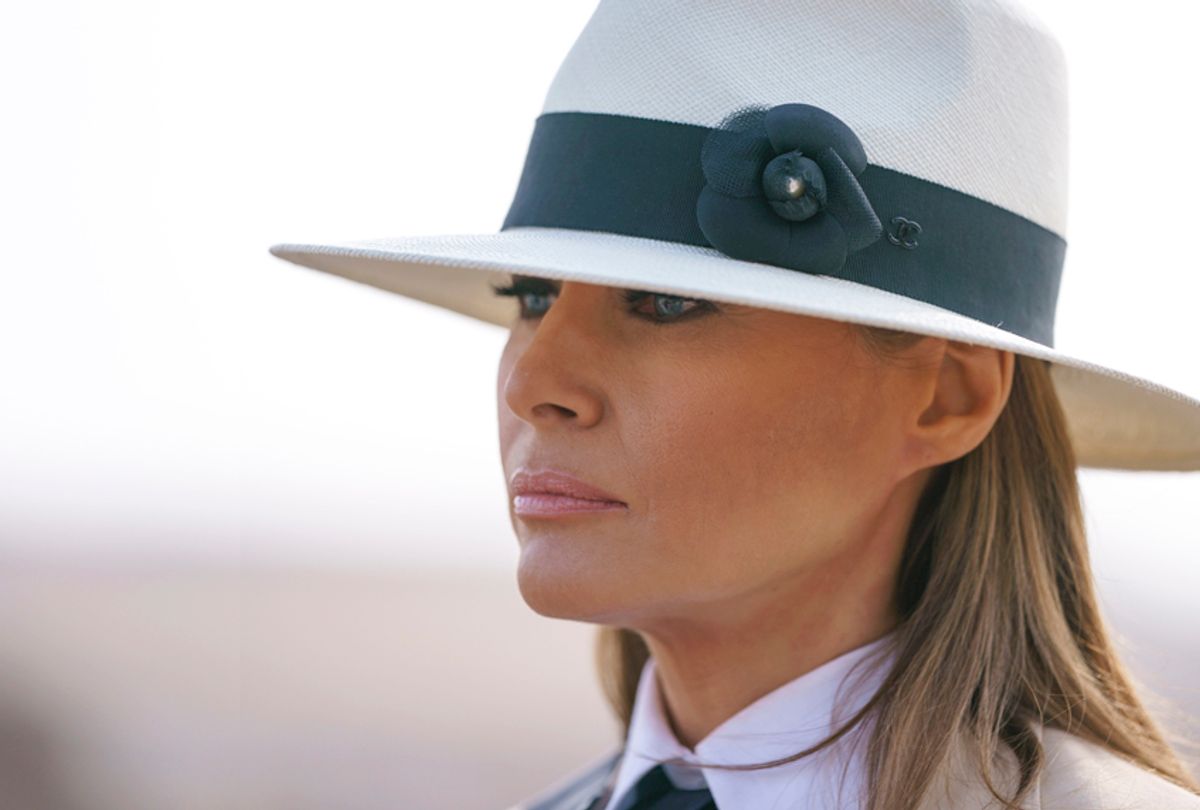 It always seemed ironic that First Lady Melania Trump decided to tackle cyber-bullying as part of her "Be Best" initiative, given the reality that her husband is one of the most ferocious online bullies in politics. But in a new interview with ABC, Melania offered some insight into how her life has been impacted by social media harassment.

"I could say that I'm the most bullied person on the world," she told ABC News' Tom Llamas. "One of them — if you really see what people [are] saying about me. That's why my 'Be Best' initiative is focusing on social media and online behavior."

"We need to educate the children of social, emotional behavior, so when they grow up, they know how to deal with those issues," Melania continued.

The clip was teased on "Good Morning America" Thursday ahead of the release of the full sit-down with the First Lady on Friday, marking her first TV interview yet. In another snippet of the interview published Wednesday, Melania addressed the #MeToo movement, saying that women need to provide "hard evidence" when coming forward with accusations of sexual assault, but that she "stands with women."

ABC News also asked Melania about trust among President Donald Trump's staff. There's been a revolving door of people entering and leaving his administration, with the most recent departure being U.N. ambassador Nikki Haley. But there was also the New York Times anonymous op-ed penned from someone within Trump's ranks, but who described themselves as "part of the resistance."

Melania told Llamas that there have been people who've worked for the president that she has not trusted, and she's told him so. "Well, some people they don't work there anymore," she said, but when asked if there are still people in the administration that the president "can't trust," Melania replied: "Yes."

"I believe my husband is doing an incredible job for this nation," she continued, adding that it's up to Trump to decide if he wants to run for re-election in 2020. "Whatever he will decide, I will support him."

In August, the contradiction of Melania advocating for more positive online behavior, as Trump continues to publicly thrash at his critics on Twitter, culminated when the First Lady spoke about the perils of cyber-bullying in a nationally televised speech on CNN, and the breaking news chyrons described the president attacks on former CIA director John Brennan.

"In today’s global society, social media is an inevitable part of our children’s daily lives. It can be used in many positive ways but can also be destructive and harmful when used incorrectly," Melania told the crowd at the Cyberbullying Prevention Summit. Meanwhile, on the same day on Twitter, Trump had called Brennan a "political 'hack" and "the worst CIA Director in our country's history," and later hurled insults at Attorney General Jeff Sessions and Justice Department official Bruce Ohr.

Just days before, in a New York Times profile of the first lady, it was revealed that Trump had raised to Melania the conflict between her "Be Best" mission and his own social media antics. "The president suggested that Mrs. Trump choose a different topic to avoid questions about how the wife of a notorious Twitter bully could lead a campaign to spotlight anti-bullying and other child wellness efforts, and he warned her that she was opening herself to such jeers, people familiar with the conversations said," according to the Times. "She rejected his advice, and publicly said she was willing to face the criticism."

With Melania's new interview, saying she is one of the most "bullied" in the world, it makes you wonder if she's now having second thoughts.