"The president is proud of her commitment to children and encourages her," the first lady's office says 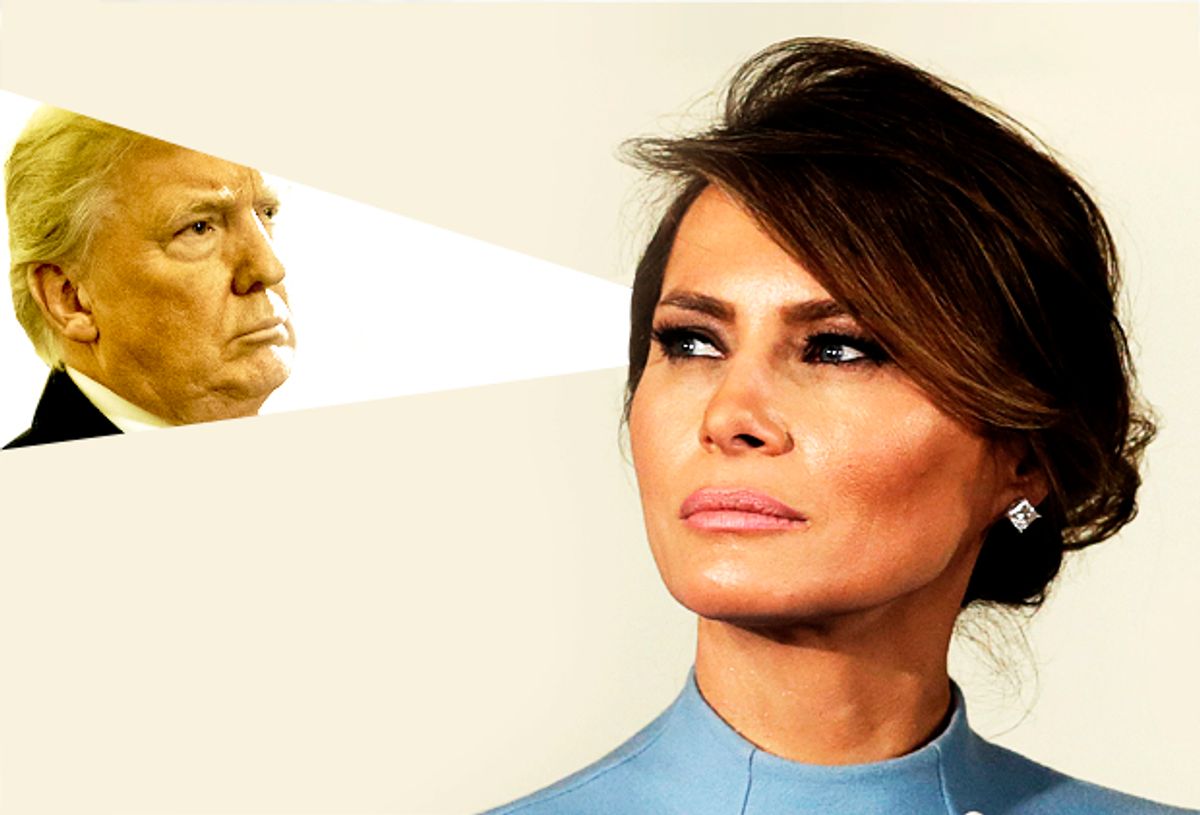 First lady Melania Trump spoke about the importance of positive social media behavior Monday morning during a nationally televised speech about cyber-bullying – an issue that is a central pillar to her "Be Best" platform. That same morning, President Donald Trump further ripped into current and former U.S. officials. He described former CIA director John Brennan as a "political 'hack'" and "the worst CIA Director in our country's history."

"I launched my Be Best campaign in May, with a focus on the many issues facing children today – one of them being the safe and responsible use of social media," Melania told the crowd at the Cyberbullying Prevention Summit. "In today’s global society, social media is an inevitable part of our children’s daily lives. It can be used in many positive ways but can also be destructive and harmful when used incorrectly."

"This is why Be Best chooses to focus on the importance of teaching our next generation how to conduct themselves safely and in positive manner in an online setting," the first lady added.

While the president and first lady have diverged in the past, choosing a topic such as cyber-bullying, an act that the commander-in-chief regularly engages in, is an odd choice. It may also may prove challenging as Melania Trump moves forward with her "Be Best" initiative. The message of her speech alone was diluted — as CNN broadcasted her warnings against cyber-bullying, the breaking news chyron described Trump's harsh attacks on his critics.

In a New York Times profile of the first lady, it was revealed that the contradictions of Melania Trump's chosen platform were raised by Trump. "The president suggested that Mrs. Trump choose a different topic to avoid questions about how the wife of a notorious Twitter bully could lead a campaign to spotlight anti-bullying and other child wellness efforts, and he warned her that she was opening herself to such jeers, people familiar with the conversations said," according to the Times. "She rejected his advice, and publicly said she was willing to face the criticism."

In Melania Trump's speech Monday, the first lady spoke of meeting and being inspired by students from Microsoft's Council for Digital Good. "I was impressed by their deep understanding of how important it is to be safe and was inspired by their sincere commitment to reducing peer-to-peer bullying through kindness and open communication," she said. "I encourage technology and social media companies, schools and community groups, to establish more opportunities for children such as Microsoft's Council for Digital Good. By listening to children's ideas and concerns, I believe adults will be better able to help them navigate this often-difficult topic."

It is a hazy line. The first lady is not responsible or even linked to all of the president's actions, but it begs the question of how she would motivate young people to conduct themselves in the exact opposite way that her husband behaves online, who sits in the most powerful office in the country.

Perhaps alluding to Trump's penchant for social media attacks, Melania Trump added, "Let's face it: Most children are more aware of the benefits and pitfalls of social media than some adults, but we still need to do all we can to provide them with information and tools for successful and safe online habits."

When Melania Trump finished her speech, panelists from Facebook, Google, Twitter and the nonprofit Family Online Safety Institute spoke about its company's work in responding to cyber-bullying. All the while, Trump continued to attack Brennan, who has been an outspoken Trump critic and who led the CIA under former President Barack Obama. Recently, Trump revoked his security clearance. Trump also tweeted insults about Attorney General Jeff Sessions and Justice Department official Bruce Ohr.

The first lady's office responded to ABC News about the conflicting messages, saying in a statement that Melania Trump "is aware of the criticism, but it will not deter her from doing what she feels is right. The president is proud of her commitment to children and encourages her in all that she does."