Trump’s law and order campaign is "falling flat" in the Midwest: report 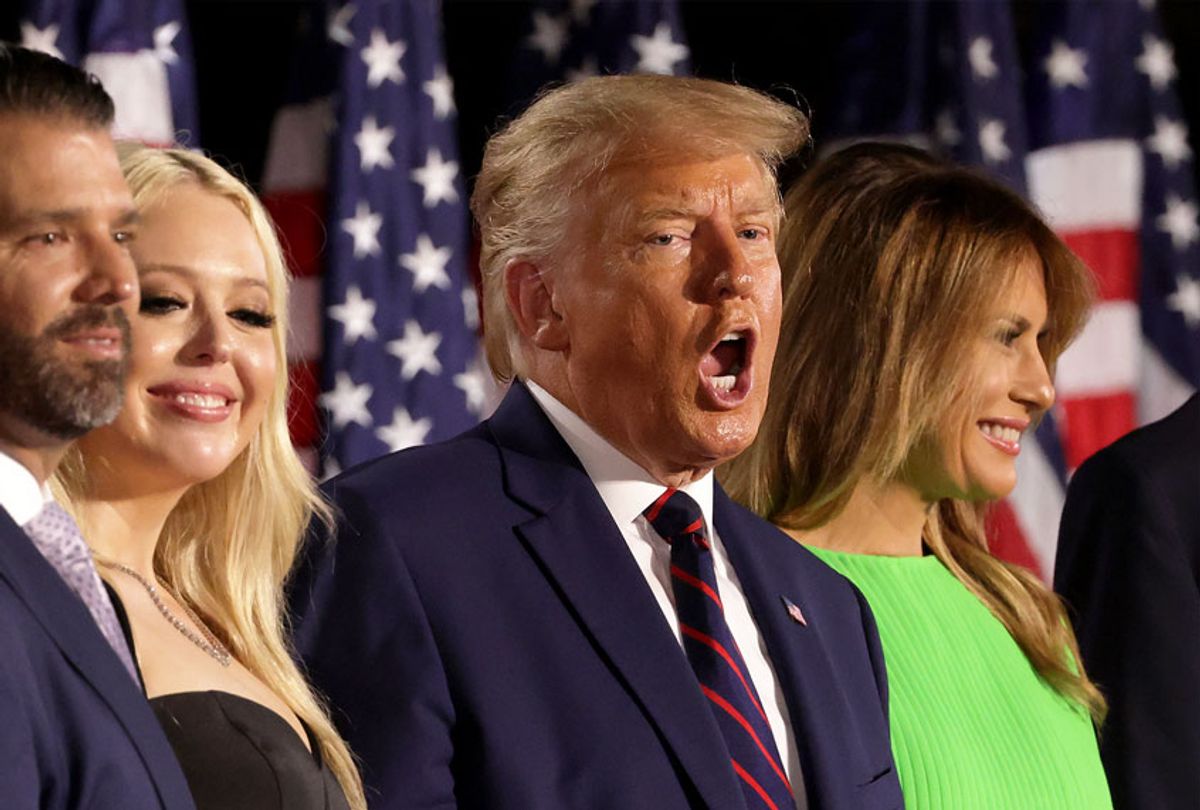 U.S. President Donald Trump (2nd R) stands with his family members after delivering his acceptance speech for the Republican presidential nomination on the South Lawn of the White House August 27, 2020 in Washington, DC. Trump gave the speech in front of 1500 invited guests. (Alex Wong/Getty Images)
--

On Saturday, writing for The Guardian, columnist Art Cullen argued that President Donald Trump's push to scare Midwestern voters with a "law and order" anti-crime message is tone deaf and ignores the bigger problems they face.

"One hundred fifty bushels per acre should be the ballpark crop yield around Storm Lake, Iowa, which is in severe drought along with much of the Corn Belt," wrote Cullen. "That's a 25% yield chop off expectations. It makes farmers itch to start harvesting before the paper-dry corn falls to a freak wind. A hurricane-like derecho wind flattened 14 million acres in the Tall Corn State just a couple weeks ago. This, as corn prices are at their lowest point in a decade."

Meanwhile, "The cicadas of late August called children back to school where vulnerable teachers and staff awaited them. Most come from meatpacking households – Latino, Asian and African – whose breadwinners were ordered into close working quarters in April by a President who demanded slower virus testing. We were among the hottest spots in the land."

"Trump simply must win Iowa and Wisconsin," wrote Cullen. "So he cast a convention against this backdrop of anxiety and fear – godless looters are coming for yours – and roped in our governor, former Wisconsin Governor Scott Walker, and Senator Joni Ernst of Iowa to play in the tragedy. Few were inclined to listen. When the corn calls, you are too busy removing fallen trees from your machine shed. Trump dropped into the Cedar Rapids airport for an hour shortly before the convention to promise assistance after the derecho pulverized our Second City. After he left, he approved homeowner and business relief for just one of the 27 counties the governor had requested."

Ultimately, Cullen wrote, Midwesterners need disaster relief, economic stimulus, and a plan for containing COVID-19 — none of which is solved by a campaign focusing on fears about crime and lawlessness.

"Farmers are anxious. Latinos are afraid. Unemployed machinists are frustrated. That prized demographic, suburban women in Urbandale next to Des Moines, are encouraging the school board to sue the governor over her in-person school orders," wrote Cullen. "Even some of those farmers are wondering about Trump as they dig into a harvest so meager that wraps up as they vote. An ill wind blows for incumbents."