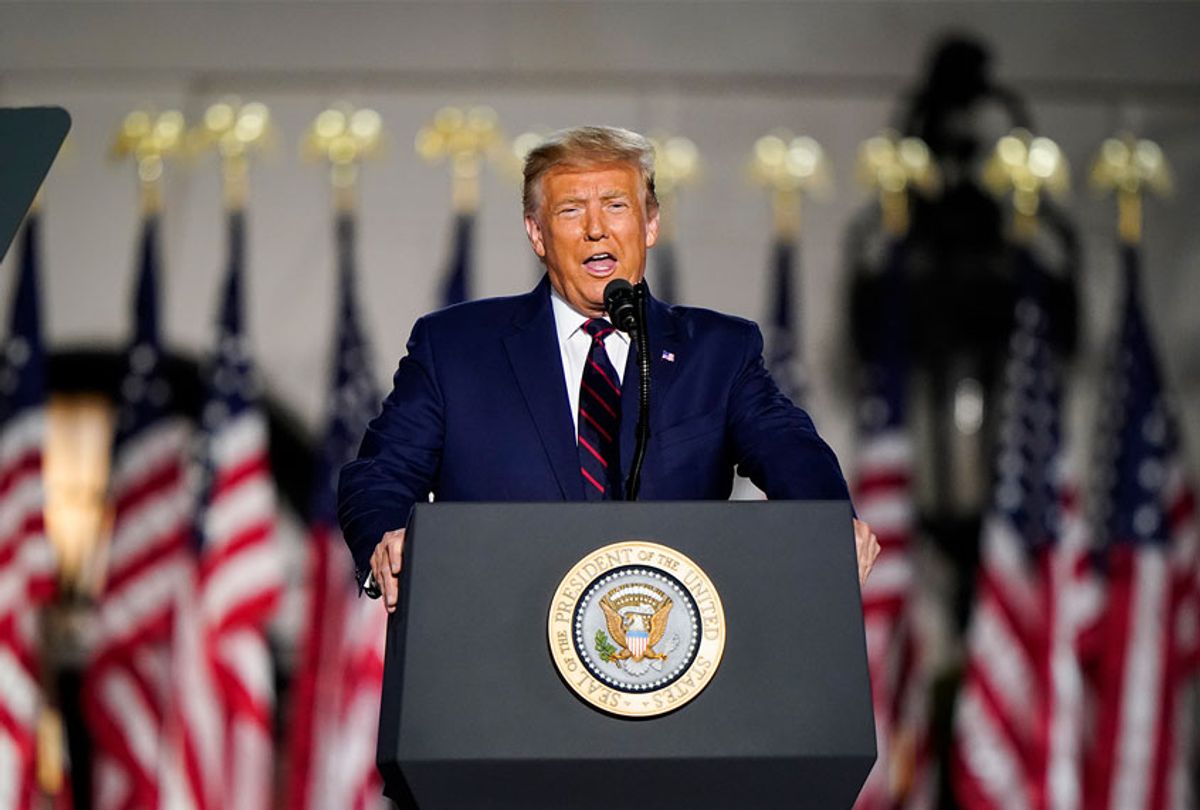 President Donald Trump speaks on the fourth and final night of the Republican National Convention with a speech delivered in front a live audience on the South Lawn of the White House on Thursday, August 27, 2020. (Jabin Botsford/The Washington Post via Getty Images)
--

President Donald Trump never ceases to be status-obsessed and often tweets that his foes and adversaries fall short when it comes to ratings, crowd size and other things he uses to measure worth. But here are some figures that Trump is unlikely to be bragging about: the higher Nielsen ratings of the recent Democratic National Convention compared to its GOP counterpart, which concluded on Thursday night with a 70-minute acceptance speech from the president.

On Friday morning, Trump tweeted that Thursday night enjoyed "great ratings." But Trump didn't get into specifics or discuss the higher ratings of the DNC.

The final night of the 2020 RNC, according to Los Angeles Times reporter Stephen Battaglio, had "an average audience of 21.6 million viewers" — whereas former Vice President Joe Biden's acceptance speech at the DNC attracted 24.6 million viewers.

Battaglio also notes that the audience for Trump's acceptance speech was "well below the 35 million TV viewers who watched him accept his party's nomination in 2016, and will fall short of the acceptance speeches of previous Republican nominees John McCain (38.9 million viewers in 2008), Mitt Romney (30.3 million viewers in 2012) and George W. Bush (27.6 million in 2004). TV viewing for both 2020 conventions is down from four years ago, as many viewers are likely to have watched some portion of the event through online streaming platforms which are not included in the Nielsen ratings."

Pence's speech on Wednesday night, Grynbaum points out, was seen by fewer viewers than First Lady Melania Trump's speech on Tuesday night — which, according to Nielsen, attracted 17.3 million viewers.