I spent my summer managing two elderly parents. Here's what I wish I'd known 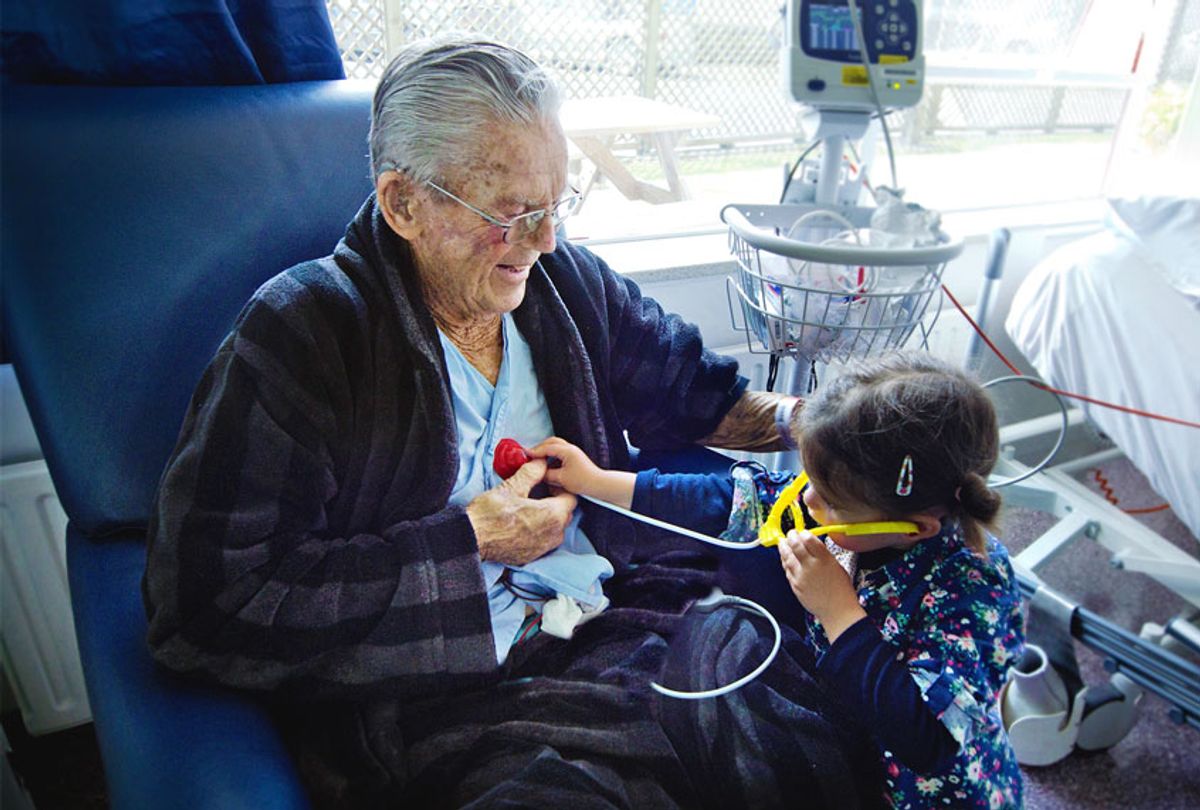 It wasn't easy when I found myself without any guideposts or preparation for handling my mother's care, but it wasn't a surprise either. We had been estranged for several years beforehand, so when I got the call at last this summer, it was merely the crap tornado I'd been long bracing for. My sole comfort in all of it was the knowledge we'd have no such messiness when it came to my mother-in-law.

It turned out I was wrong.

However prepared you may think you are regarding your parents' end of life wishes — and however prepared you think your family is about your own — go back and check again. Have some uncomfortable conversations this weekend. Do some tedious tasks. Do yourself the great favor of spending some time thinking — not about death, but all that comes before it.

Mine is a simultaneously very complicated and very simple situation. My mother cut contact with me — as well as the rest of her family — long ago. When I reached out this past spring, I learned from her husband she has advanced Alzheimer's. A few weeks later, he died suddenly. From a different state and in the midst of a still raging pandemic, I have been trying ever since to figure out a path and plan for my mom. (It took a big chunk of time to even prove my identity.) But I am, thankfully, an only child. I have no one else to consult with or to co-sign anything. I may be in the thick of a mess of unbearable proportions, but at least it is my mess. I don't have to share it.

People with more extended family and caregiver circles can have a stickier time of things. When it was time to put her hoarder mom into assisted living, my friend Jess (her name has been changed to protect her privacy) and her sister were in perfect agreement about the care plan — and hit a dead end that lagged on for years about what to do with the house. Several years ago, I watched two distant cousins fight tooth and nail over their father's power of attorney, a battle that ended in accusations of elder abuse and half the family snubbing their patriarch's funeral.

That won't happen to you, right? Your family is untainted by greed; you all get along and work well together. But are you certain who Mom has been talking to lately? Do you know all of her current caregivers, friends, random strangers on the phone?

Just this month, the family of "Star Trek" star Nichelle Nichols filed court papers alleging that her manager "embezzled an unknown amount of money from Nichols, transferred ownership of her house to him, removed her from medical care, taken possessions from her house, subjected her to a grueling schedule of sci-fi convention appearances, intentionally isolated her from family contact and coerced her into signing a long-term lease that has kept him in her guest house for eight years."

Three years ago, Kerri Kasem — who endured her own very public and brutal fight over her famous father's care and last wishes — told Salon that to safeguard our elders, preparation is essential. "Grab your camera phone and get your parents in front of you — or you yourself as parents — and say, 'If while I'm sick and unable to care for myself or speak, [and] the person who is taking care of me isolates me and keeps me from my family and my friends, they should be removed from my care immediately.'"

I didn't think I had to worry about those issues with my mother-in-law — at least not yet. She is in her eighties and has slowed down significantly in the past few years, but until recently, she was still hosting Thanksgiving dinner and attending bible study every week. She also communicates regularly with her son about her finances and essential paperwork.

Then in May, she was effortlessly taken in by a COVID-19 scammer posing as a Medicare worker. Two weeks ago, our family was visiting her home when she became suddenly violently ill with stomach problems. I watched her become agitated and deeply confused. She couldn't tell me where her insurance information was; instead, she pointed me toward a recent utilities bill. She kept repeating questions, forgetting the answers almost as soon as she heard them. We brought her to the emergency room, which offered immediate but temporary help. It has become utterly clear in the days since how much there is to be done, and how little equipped we had been all along.

This is what I wish we'd taken care of long ago.

First of all, get a power of attorney in place. Get it for your folks, get it for yourself. A POA just means appointing someone to make financial decisions if you or your parent are unable to do so, a daunting but often inevitable prospect. This is understandably difficult to talk about, because it acknowledges the possibility of profound vulnerability, but it can be extremely difficult to more forward on anything when the finances are tied up. And isn't it better to do so when everyone is feeling relatively healthy and lucid? Forbes has a clear and trustworthy guide to getting started, even if you can't afford a lawyer.

In a similar vein, you may be tempted, when discussing money, to consider setting up a joint bank account with your parent. Yes, it can make paying for care and other expenses more expedient. But as Nerd Wallet notes, this can also be risky, because it can put both parties more on the hook for each other's financial responsibilities, including debts.

Next, make sure everyone is clear on everyone's healthcare wishes and plans. You'll want an advance directive, which is a legal document outlining the person's preferences regarding, for example, pain management, the use of ventilators and do not resuscitate orders. You should also put together a more informal care plan, outlining the person's broader wishes. This is where you need to have a healthcare proxy named as well, so someone can execute the medical decisions. Have a backup or two named as well. As a recent NPR report noted, right now, "Entire families are getting sick, so having additional individuals who can fill that role should a first or even second agent become ill is particularly helpful."

Get clarity on doctors, medications and where the hell all the stuff is. I wish someone had known exactly where my mother-in-law's insurance information was when she was in the midst of a healthcare emergency. And while I'm happy she has long-term care insurance, I'd have preferred to have worked out the details of understanding her plan long ago.

I keep a folder — an actual file folder made of paper — with the contact information for my doctors, my healthcare proxy and do-not-resuscitate order, as well as the sign in information to access my medical portal, bank accounts and credit cards, in a secure space known to the rest of my family. If I fell into a coma today, I would hope they would at least not be left scrambling for vital information.

I want to be as autonomous as possible for as long as possible. I also know that once both my daughters have reached adulthood, I'll talk to them about how they might one day have to divide executing my healthcare plans. In the meantime, while no one under my roof loves it when I announce how to access my medical chart or why I wouldn't wish to ever have a feeding tube, I yell because I care.

It is painful to talk about death. But there is a decisiveness, a sense of closure, about it that illness and incapacitation do not provide. We are a sickness-denying culture, even when sickness abounds. My own afterlife wishes basically boil down to, "Here are my meager assets; please cremate me."

Yet when I consider, with a not insignificant amount of terror, the possibility of inheriting my mother's Alzheimer's, I am overwhelmed. All I know for certain is that I would never want to leave my own family as blindsided as I've been these past few months. All I know is that we have to talk about how to take care of each other, while talking to each other is still an option.