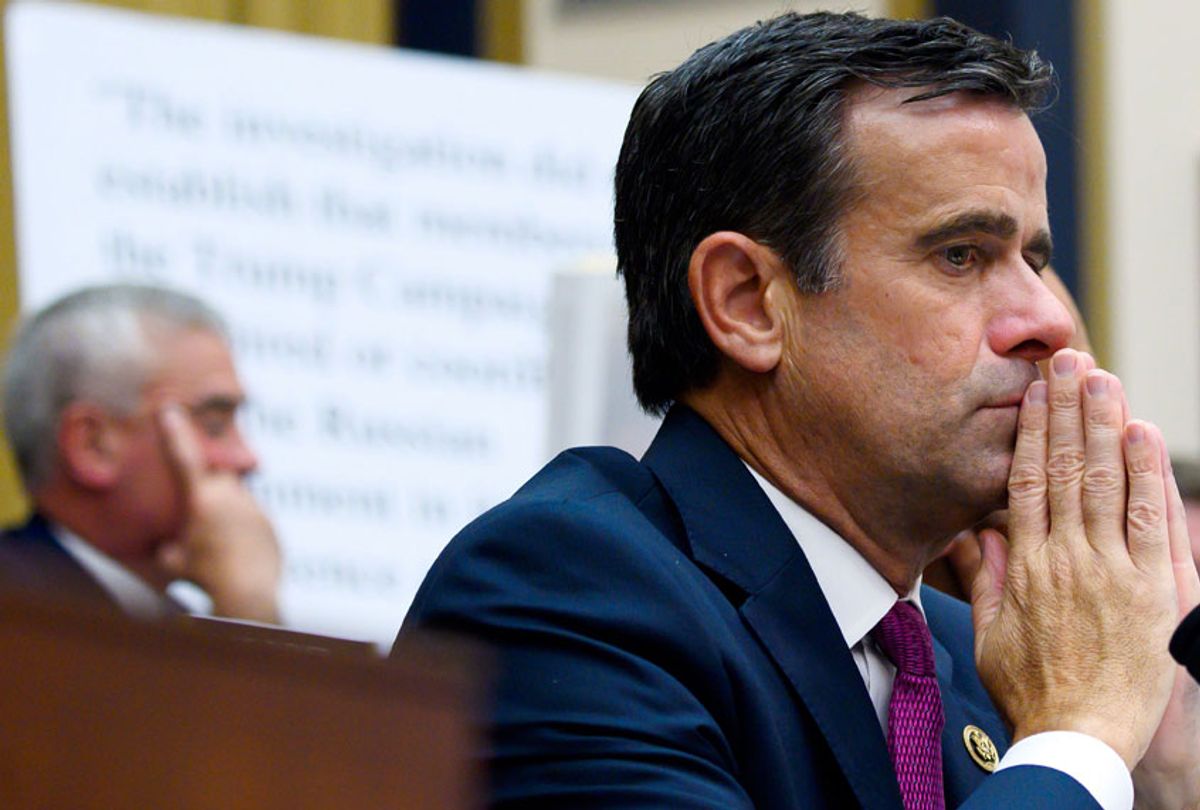 House Intelligence Committee Chairman Adam Schiff (D-Calif.) indicated on Sunday that his committee may subpoena intelligence officials, following Director of National Intelligence John Ratcliffe's announcement that regular election security briefings will be scaled back ahead of the general election.

Democrats expressed outrage over the weekend after Ratcliffe announced that lawmakers will no longer be receiving in-person briefings on election security, even amid concerns that foreign powers are attempting to interfere with the 2020 general election.

In what Democratic leaders called a "shocking abdication" of responsibility, Ratcliffe sent letters to members of the Senate and House Saturday evening, indicating that only written briefings will be provided until the November election and blaming leaks from Congress for the decision.

House Speaker Nancy Pelosi (D-Calif.) and Schiff (D-Calif.) accused Ratcliffe of betraying "the public's right to know how foreign powers are trying to subvert our democracy."

On Twitter, Schiff accused President Donald Trump of "lying and projecting" after Trump spoke about the decision in a press conference.

"They leaked the information," Trump said of Ratcliffe's decision. "And what's even worse, they leaked the wrong information. And he got tired of it. So he wants to do it in a different forum, because you have leakers on the committee."

The scaling-back of briefings comes a month after Politico reported on a classified security briefing given to all members of Congress by William Evanina, director of the National Counterintelligence and Security Center. At the meeting, Evanina acknowledged that "Russia is again trying to boost President Donald Trump's reelection and denigrate his opponent."

Democrats in the briefing urged Evanina to acknowledge the information publicly and denounced an earlier public statement he made in which he warned of potential election interference by Russia, China, and Iran.

The vague statement was "almost meaningless" and not helpful to voters, Democrats said.

Senate Minority Leader Chuck Schumer accused Trump of using Ratcliffe, a loyalist to the president who was elevated to his current position after serving in the House, "to hide the ugly truth from the American people—that the president is again receiving the help of the Kremlin."

"DNI Ratcliffe has made clear he's in the job only to protect Trump from democracy, not democracy from Trump," said Schumer.

Previously, Trump and his postmaster general, Louis DeJoy, have overseen what critics call the sabotage of the U.S. Postal Service. Ahead of a general election in which millions of Americans will rely on voting-by-mail due to the coronavirus pandemic, DeJoy ordered cuts to overtime, the removal of mailboxes and mail-sorting machines, and changes to post office hours. The president has also baselessly claimed that the use of mail-in ballots will invite fraud, despite the fact that he himself has voted by mail, and openly admitted that undermining the USPS will ensure universal voting-by-mail is not possible.

In 2018, Special Counsel Robert Mueller charged 13 Russian nationals and three Russian organizations including a government-supported "troll farm" with conspiring to interfere with the 2016 U.S. election. Trump had long accused Mueller of leading a "witch hunt" and a "hoax" about Russia's involvement. The Mueller Report, released in 2019, found that Trump campaign officials had extensive contacts with Russians and that many lied about those communications, but stopped short of accusing the president and his advisors of conspiring with Russia in 2016.

This year, former Office of Government Ethics director Walter Shaub tweeted, "if America has a legitimate election, it'll be in spite of Trump's best efforts to prevent one."

Democratic presidential candidate Joe Biden, who was at the center of Trump's impeachment trial last year regarding the president's attempt to bribe Ukraine to open a public investigation into Biden's son, accused Ratcliffe and Trump of violating the country's "national security and sovereignty."

"For the DNI to curtail one of the most basic duties of our nonpartisan Intelligence Community—to keep the United States Congress fully informed about threats to our nation, in this case, about the real and rising threat of foreign election interference—is nothing less than a shameless partisan manipulation to protect the personal interests of President Trump," said Biden. "And it is a betrayal of the oath sworn to the American people and our Constitution."