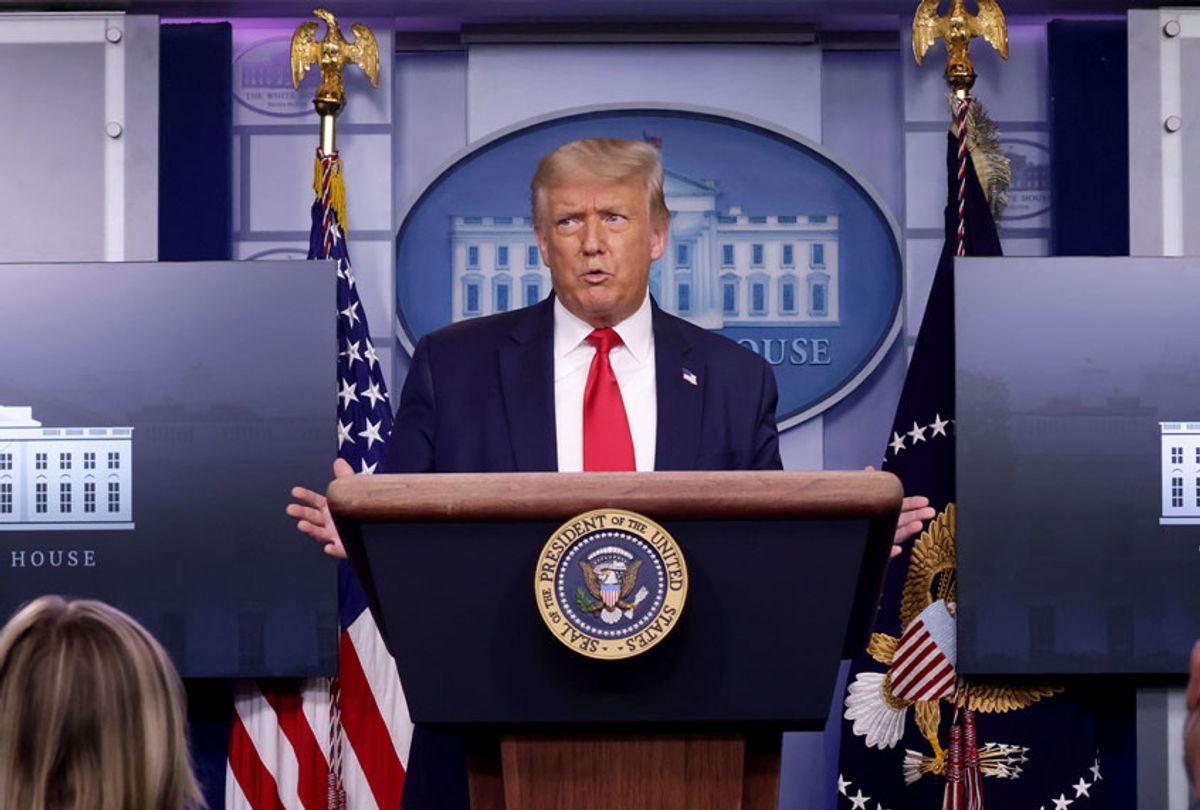 U.S. President Donald Trump speaks during a news briefing at the James Brady Press Briefing Room of the White House July 28, 2020 in Washington, DC. The president announced that Eastman Kodak will receive a loan to manufacture ingredients used in pharmaceuticals. (Alex Wong/Getty Images)
--

President Donald Trump on Monday was grilled about why he has not condemned supporter Kyle Rittenhouse, who has been charged for murder after traveling across state lines to confront Black Lives Matter protesters, allegedly shooting three and killing two.

"That was an interesting situation," said Trump. "He was trying to get away from them … and then they very violently attacked him."

CNN's Kaitlan Collins attempted to question Trump on the topic, but was cut off. Reporters shouted after Trump as he left the room.

"I couldn't even really ask him a fully-formed question," Collins said on CNN, following the press conference: