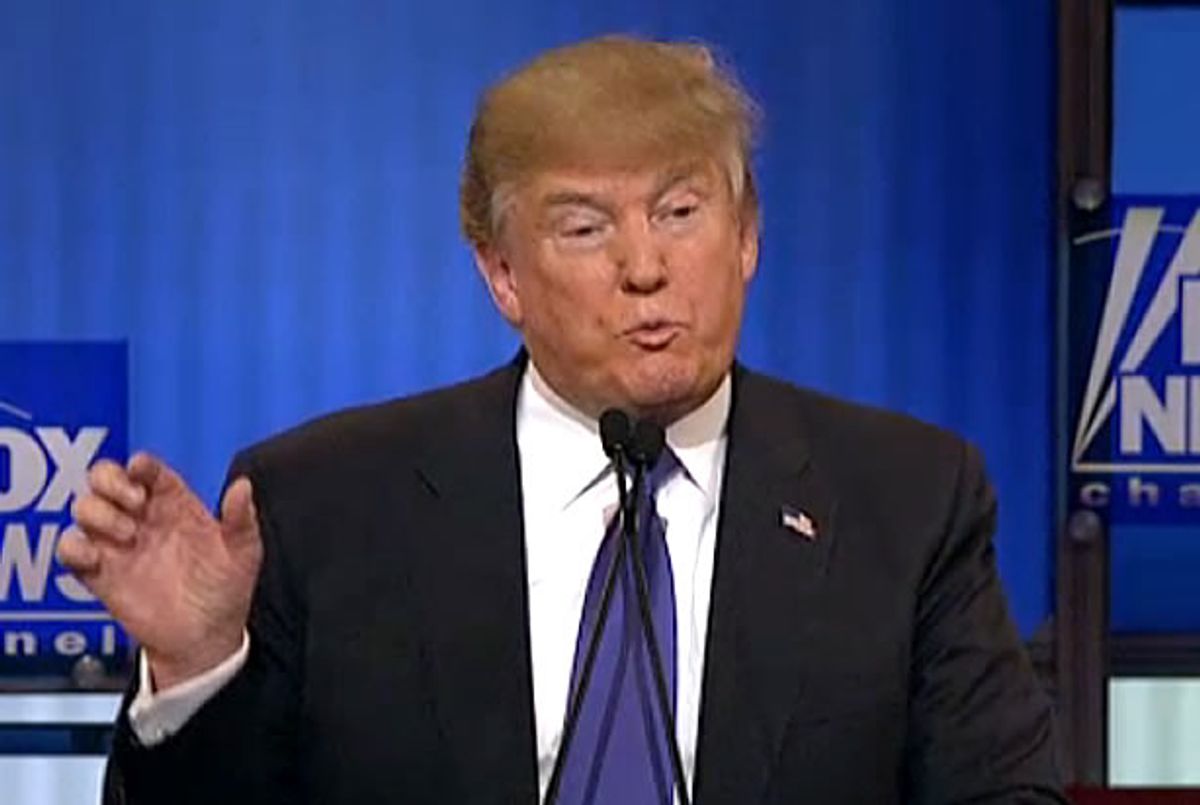 President Donald Trump and his Democratic opponent, former Vice President Joe Biden, are scheduled to have three presidential debates before the election on Tuesday, November 3. Trump would love for a far-right sycophant like Fox News' Sean Hannity to moderate the debates, which of course, Democrats would never agree to — although Biden has demonstrated that he has no problem answering tough questions from a reasonable conservative like Fox's Chris Wallace. Washington Post columnist Jennifer Rubin, a Never Trump conservative, is hoping that Trump will have to answer as many tough and even "embarrassing" questions as possible — and she makes some suggestions in one of her September 2 columns.

"The first presidential debate is scheduled to take place in four weeks," Rubin explains. "Moderators should be preparing themselves to ask President Trump the questions that go to the heart of his ability to do his job — even if he gets upset, and even though no president has had to answer similar questions before."

The questions that Rubin recommends show why she is one conservative who Trump would most definitely not want as a debate moderator — for example, "There is no scientific evidence windmills cause cancer. Why did you say they do?" Another recommendation from Rubin is: "There is zero evidence that Ukraine interfered with the 2016 election or that the DNC server is there. That claim is Russian propaganda. Why did you repeat these assertions over and over again?"

When one Googled the words "dark shadows" before this week, the main things that came up were pages about the late 1960s/early 1970s television program "Dark Shadows" — a horror-oriented soap opera whose main characters included vampires, witches and werewolves. And that cult classic is still prominent in Google searches. But earlier this week, Trump used the words "people in the dark shadows" during an interview with Fox News' Laura Ingraham to describe secret forces he claims are pushing Biden's campaign — and now, Trump is at the top of the list when the words "dark shadows" are Googled. Rubin recommends a debate question about "dark shadows" for the president.

Rubin's suggestion: "You said forces in the 'dark shadows' control your opponent and that a pack of figures in dark clothing with gear were reported on a plane. Is there any factual support for this? What flight were you talking about, and how would anyone know that those people on the plane are out to manipulate the former vice president?"

The Post columnist also recommends some Russia-related questions, including "When have you ever publicly criticized Russian President Vladimir Putin? Is he a dictator? Does Russia kill journalists and Putin's opponents?" and "Why did you want to let Russia back into the Group of Seven; repeat Russian propaganda that the Soviet Union was engaged in a defensive war in Afghanistan in the 1980s; refuse to confront Putin on the evidence of Russian bounties on U.S. soldiers."

Trump has been widely criticized by Democrats, including Biden, for his abysmal response to the COVID-19 pandemic — which has killed more people in the U.S. than in any other country in the world. And Rubin believes that debate moderators should include some pandemic-related questions.

The columnist recommends asking the president, "The United States has lost more than 181,000 people to COVID-19, more than any country in the world and more than many western countries on a per-capita basis. No other country has been at least partially shut down or hobbled for six months, or has failed to institute a national testing-and-tracing plan. Was your handling of the virus a 'success?'" And Rubin also recommends asking, "When you said the United States had 15 positive cases of the novel coronavirus and then claimed the disease would disappear, you were wrong. Why did you assure Americans the number of cases would soon be 'zero'?"

The first presidential debate is scheduled for September 29, with Chris Wallace moderating, and will be followed by debates on October 15 and October 22.