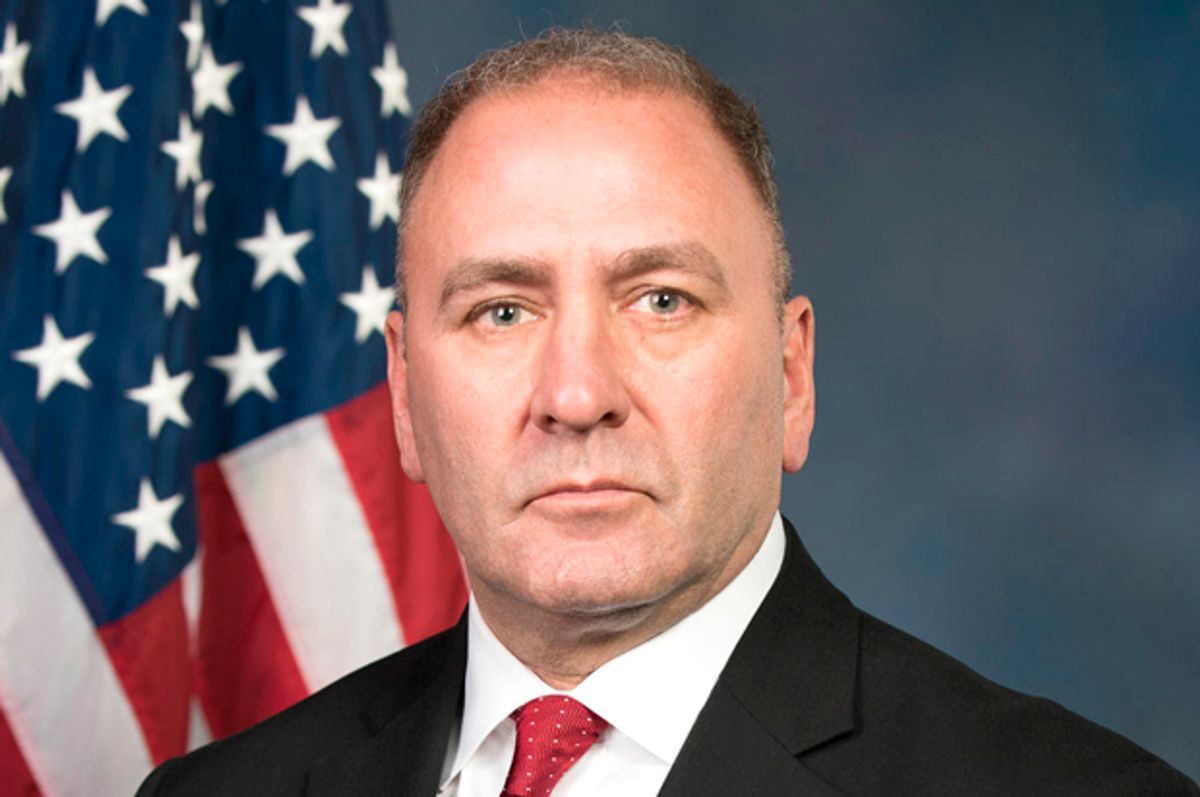 Rep. Clay Higgins (R-LA), who made waves last year during impeachment hearings by hollering about socialism and "unborn life in the womb," found himself at the center of yet another controversy this week.

The Acadiana Advocate reports that Higgins wrote a Facebook post about shooting armed Black demonstrators that the social networking site removed for violating its policies against advocating for violence.

In the post, Higgins posted a photo of Black men carrying guns and said that the mere sight of them walking around armed was all the justification he needed to kill them.

"I'd drop any 10 of you where you stand," Higgins wrote. "Nothing personal. We just eliminate the threat. We don't care what color you are. We don't care if you're left or right. If you show up like this, if We recognize threat… you won't walk away."

"America is being manipulated into a new era of government control," he wrote. "Your liberty is threatened from within. Welcome to the front lines, Ladies and Gentlemen. I suggest you get your mind right. I'll advise when it's time gear up, mount up, and roll out."

Earlier this year, anti-COVID-19-lockdown demonstrators brought guns to the Michigan state capitol building, where they screamed at lawmakers about reopening the economy. It is unclear at the moment whether Higgins would have also advocated for shooting those protesters on sight.