Trump’s IRS chief earns over $100,000 per year from Trump property while in office: new documents 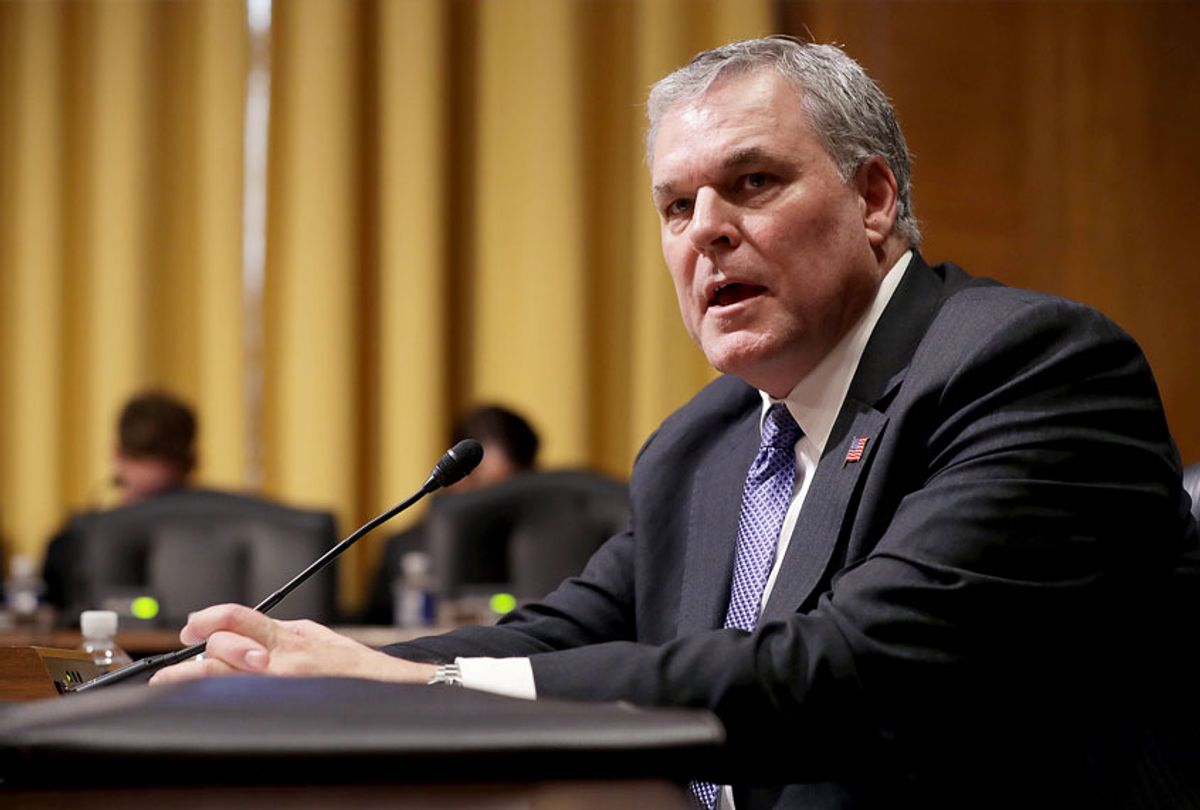 IRS Commissioner Charles Rettig has earned at least $100,000 per year renting out properties at a Trump-branded resort in Hawaii, according to his financial disclosure.

Rettig, who was appointed by President Trump in 2018, earned between $100,000 and $200,000 per year from his 50% ownership in two units at the Trump International Waikiki over the last two years, according to an analysis of the disclosure by the government watchdog group Citizens for Ethics and Responsibility in Washington.

Trump, of course, has refused to divest from his company and therefore continues to profit from the property as well. CREW noted that 10% of the price Rettig paid to purchase the units went directly to the Trump Organization. Trump, who has repeatedly made taxpayer-funded trips to his properties, visited the Waikiki resort in 2017 during a trip to Asia.

Sen. Ron Wyden, D-Ore., the top Democrat on the Senate Finance Committee, urged Rettig to sell his stake in the properties during the hearing while questioning whether he could remain independent from the White House.

"That's important with any nominee, but it's especially relevant in Mr. Rettig's case, since he owns and rents out condos in a Trump-branded and managed property," Wyden said. "Disclosing that information may not have been required by law. My view is, it would have been a smart exercise of judgment. Certainly if you want to eliminate any question about appearances, you can sell the properties off."

Rettig and Mnuchin later refused to turn over the tax returns. Mnuchin argued that the committee's request "lacks a legitimate legislative purpose."

CREW communications director Jordan Libowitz linked the refusal to Rettig's latest financial disclosure, arguing that it means "the IRS commissioner has a vested interest in the success of the Trump brand — and of preventing anything that could damage it."

The case was reviewed by the Supreme Court in July, which sent the matter back to lower courts to rule on "separation of powers concerns." The matter is not expected to be decided before the November election.

The Supreme Court also sent a subpoena for Trump's tax returns issued by Manhattan District Attorney Cy Vance back to a lower court. An appeals court temporarily halted the enforcement of the subpoena on Tuesday until it hears Trump's appeal later this month.