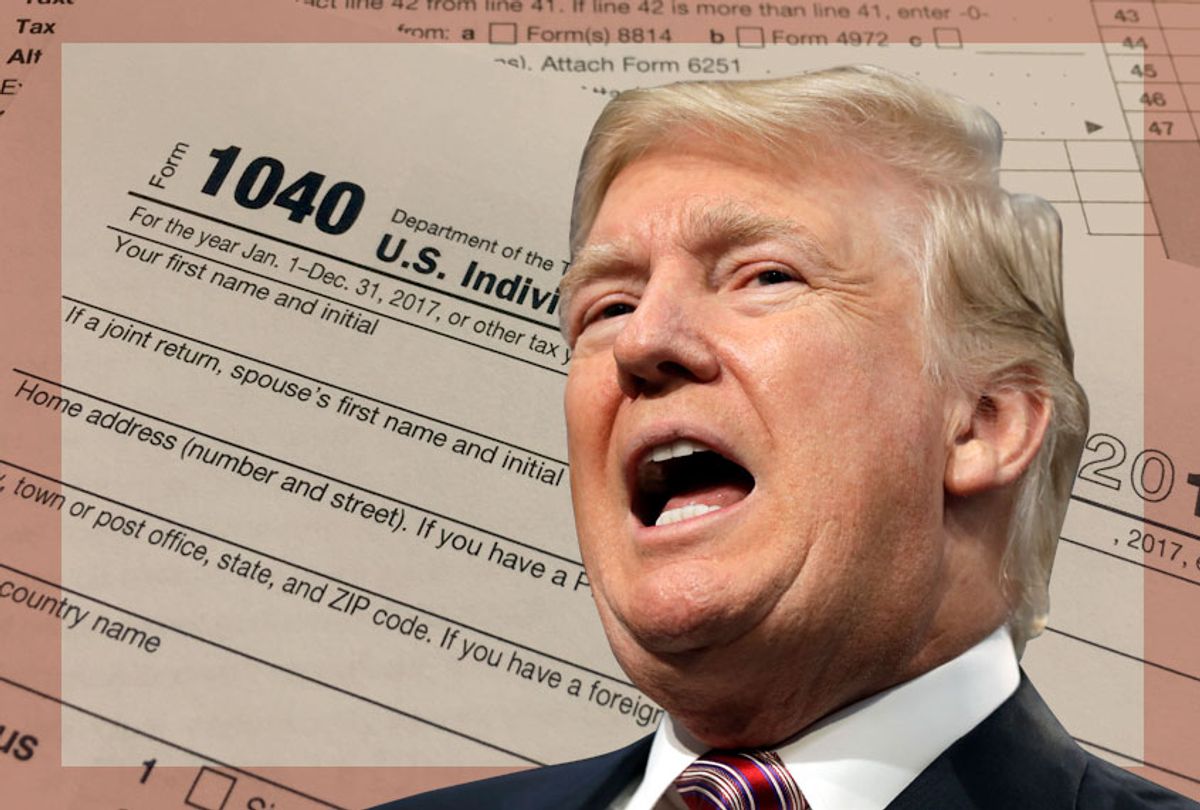 Ways and Means Committee Chairman Richard Neal, D-Mass., on Wednesday evening said he had formally requested the documents from the Internal Revenue Service, launching what is likely to be a lengthy legal battle with the administration to see the returns the president has continued to refuse to release.

"I today submitted to IRS Commissioner Rettig my request for six years of the president's personal tax returns, as well as the returns for some of his business entities," Neal said in a statement. "We have completed the necessary groundwork for a request of this magnitude, and I am certain we are within our legitimate legislative, legal and oversight rights."

In a letter sent Wednesday to the IRS, Neal requested six years of Trump's personal tax returns from 2013 to 2018 and set a deadline of April 10 to receive the documents. He also asked for the tax returns of eight of the president's business entities, which CNN noted is a "nod to escalating pressure from liberals in the caucus, who have argued that Trump's personal returns wouldn't sufficiently paint a picture of the president's financial history."

Trump on Wednesday night appeared unfazed by the request for six years of his returns.

"Is that all? Oh, usually it's 10. So I guess they're giving up," the president told reporters at the White House before saying he would not be willing to comply with Neal's request until he was no longer "under audit."

"Now, we're under audit despite what people said. We're working that out, as I'm always under audit, it seems," Trump added. "But I've been under audit, because the numbers are big. And I guess when you have a name, you're audited. But until such time as I'm not under audit, I would not be inclined to do that."

Rep. Kevin Brady, R-Texas, the top Republican on the Ways and Means panel, urged Treasury Secretary Steven Mnuchin to reject Neal's request, calling it an "abuse" of authority from Democrats on the committee.

"Weaponizing our nation's tax code by targeting political foes sets a dangerous precedent and weakens Americans privacy right," the Texas Republican wrote in a letter to Mnuchin. "All Americans have a fundamental right to the privacy of the personal information found in their tax returns."

Mnuchin, while testifying before the House Ways and Means panel last month on the president's fiscal year 2020 budget request, suggested he would protect Trump's privacy if he receives a request from members of Congress for his tax returns.

"As I have said, based upon the request, we'll examine it. And we will follow the law . . . and we will protect the president, as we would protect any individual taxpayer under their rights [to privacy]," Mnuchin said at the time.

The Treasury secretary also told the panel he had "not discussed with anybody in the White House the issue of his tax returns or a request of his tax returns," and that he had "had no discussions with [Trump's] attorneys."

Democrats have been on a hunt to obtain Trump's tax returns since he bucked decades of tradition when he refused to release them during the 2016 election cycle, with Neal's request setting the stage for what is likely to be a prolonged legal battle.

In February 2015, while Trump was mulling what was then considered a long shot bid for the White House, he told conservative radio host Hugh Hewitt he would follow the long-standing tradition of presidents and presidential candidates and release his tax returns — if he threw his hat into the presidential ring.

After jumping into the presidential race, Trump told ABC News in August 2015 he would release them "at some point."

The president again vowed to release his tax returns in a January 2016 interview with NBC's "Meet the Press," telling host Chuck Todd, "We're working on that now. I have big returns, as you know, and I have everything all approved and very beautiful. And we'll be working that over in the next period of time."

But in February 2016, Trump appeared to become skittish about releasing his tax returns, arguing he could not disclose his returns, because he was currently being audited by the IRS — even though an audit does not prevent a taxpayer from releasing his or her own tax documents.