Rose McGowan responds to Payne’s denial of statutory rape allegations: "F*** him and his lies"

Payne said he had "cordial interactions" with McGowan and commended her activism, but denied her timeline of events 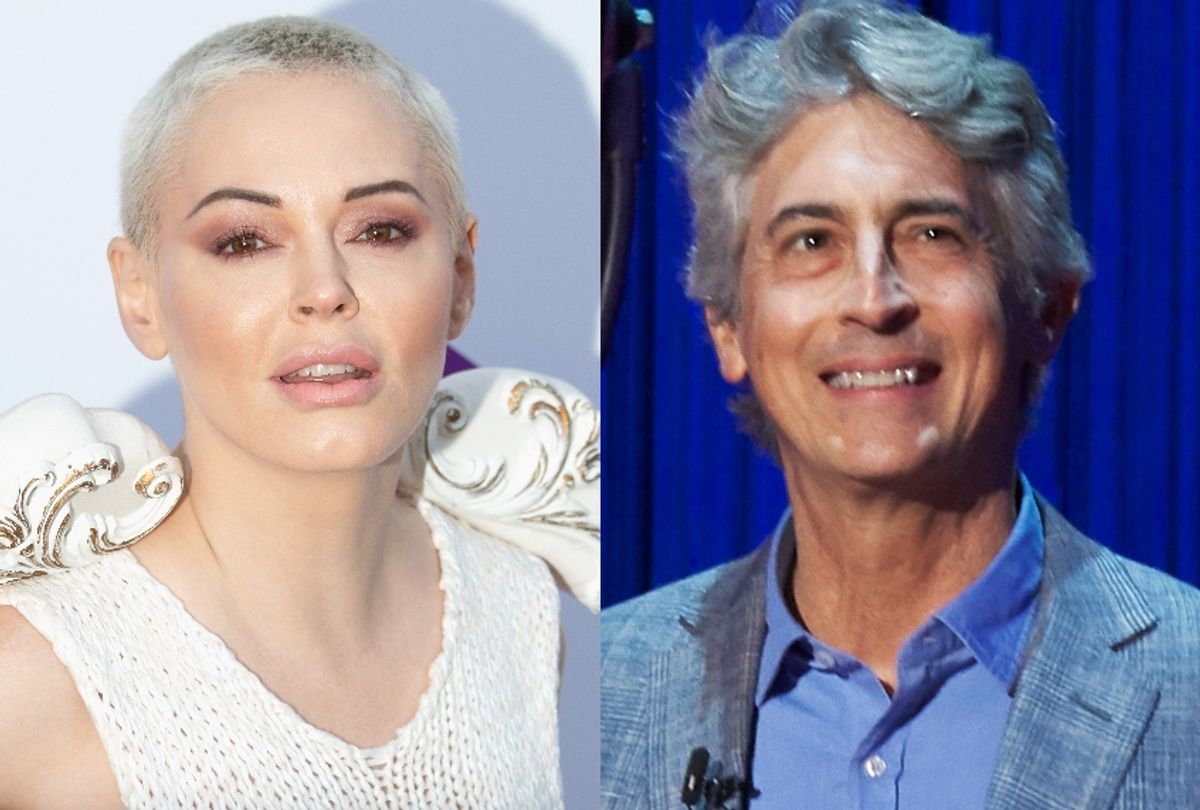 In a guest column for Deadline, Payne said he had "cordial interactions" with McGowan and commended her activism in the #MeToo movement, but denied her timeline of events. Based on McGowan's age, the incident she described would have occurred in the late '80s, a time when Payne says he was studying at UCLA.

"What she has said about me in recent social media posts is simply untrue," wrote Payne, the director of films like "Sideways," "Nebraska" and "The Descendants." "Rose is mistaken in saying we met when she was fifteen, in the late 1980s. I was a full-time film student at UCLA from 1984 until 1990, and I know that our paths never crossed."

When asked for comment about Payne's op-ed, McGowan responded to Variety, saying, "F— him and his lies is my comment."

She continued, "I told Payne to acknowledge and apologize, he has not. I said I didn't want to destroy, now I do. Why do these men always lie? I will now make it a mission to expose him. I am not the only one."

McGowan argued that Payne's power as a director gives him influence over the public.

"I want people that have watched his films to know his morals are in your mind, his thoughts have become yours," McGowan told Variety. "Like in his 'comedy' 'Election,' where the middle-aged teacher that fantasizes having sex with his young student, Reese Witherspoon. I want people to know Hollywood perpetrators show you who they are, their skewed view normalized. Men like Predator Payne, who profited from working Weinstein, must be stopped from not only assaulting, but must also be prevented from infecting the masses with their propaganda."

Payne, through a spokesperson, said he had "no further comment regarding Rose McGowan's false allegations."

Prior to naming Payne earlier in August, McGowan alluded to an encounter with a "very famous" man that occurred when she was 15 and said she would come forward with his name when she felt ready.

He said they didn't meet until years later in 1991, during his first directing gig, for which McGowan auditioned.

"Although she did not get the part, she left a note for me at the casting desk asking that I call her. I had no reason to question how old she was, since the role she read for required an actor who was of age. We later went out on a couple of dates and remained on friendly terms for years," he said.

Payne concluded, "While I cannot allow false statements about events twenty-nine years ago to go uncorrected, I will continue to wish only the best for Rose."