From Donald Trump to John Wayne: How to become a hero of the Christian Right 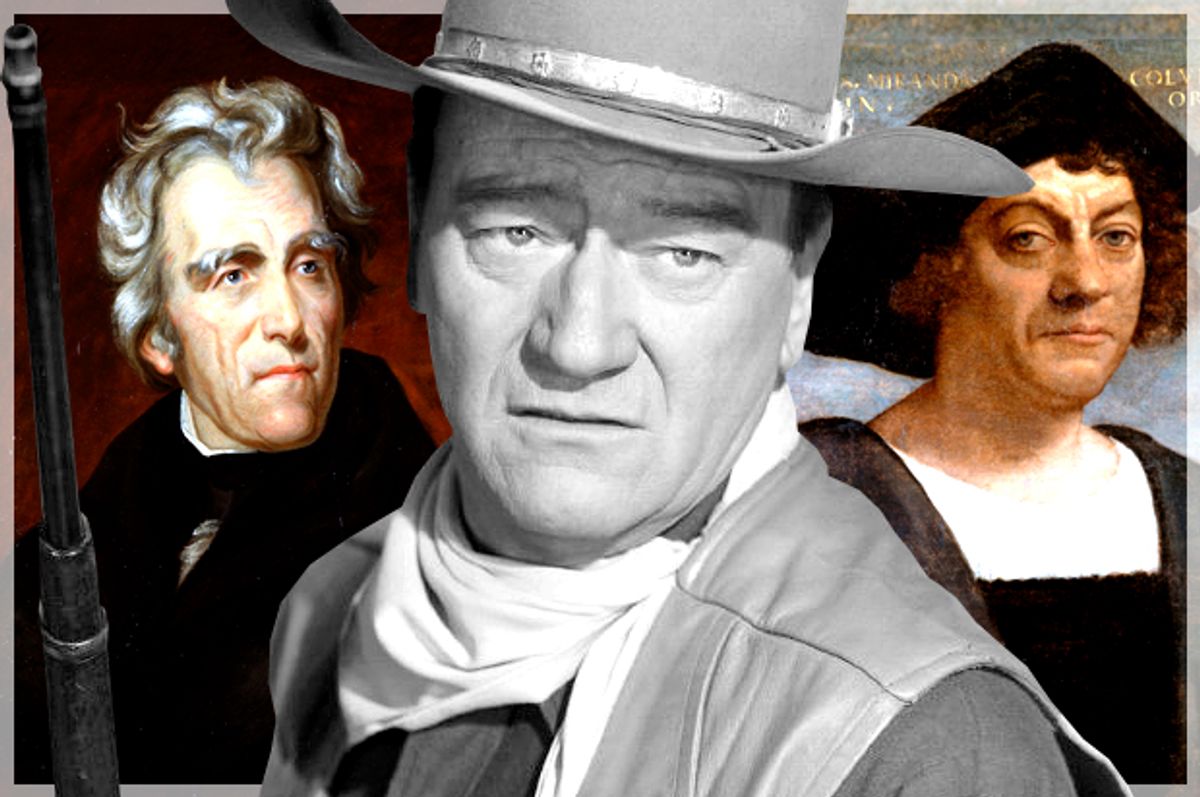 The Research Brief is a short take on interesting academic work.

White evangelical support for Donald Trump has long puzzled observers. To many, it seems hypocritical that Christians who have long touted "family values" could rally around a thrice-married man who was accused by several women of sexual assault. Scholars have commented on his crassness, defined by historian Walter G. Moss as "a lack refinement, tact, sensitivity, taste or delicacy." Others have observed how he has broken rules of civil political engagement.

But in my research on evangelical masculinity, I have found that Trump's leadership style aligns closely with a rugged ideal of Christian manhood championed by evangelicals for more than half a century.

As I show in my book "Jesus and John Wayne: How White Evangelicals Corrupted a Faith and Fractured a Nation," conservative evangelicals embraced the ideal of a masculine protector in the 1960s and 1970s in order to confront the perceived threats of communism and feminism.

Believing that the feminist rejection of "macho" masculinity left the nation in peril, conservative white evangelicals promoted a testosterone-fueled vision of Christian manhood. In their view, America needed strong men to defend "Christian America" on the battlefields of Vietnam and to reassert order on the home front.

Culture has played a critical role in shaping and sustaining this rugged vision of Christian manhood. In fashioning their masculine ideal, evangelicals have drawn liberally on Hollywood heroes – on mythologized warriors like Mel Gibson's William Wallace in the movie "Braveheart" and on the heroic cowboys and soldiers played by John Wayne.

Reflecting the onscreen heroism portrayed by men like Gibson and Wayne, this masculine ideal condoned violence in the pursuit of righteousness and justified a vigorous, even ruthless assertion of power.

In 2016, exit polls revealed that 81% of white evangelicals voted for Donald Trump, a number higher than any other religious demographic.

I argue that the language evangelicals used to defend their support for Trump suggests that they were not betraying their values, rather that Trump embodied well the rugged and even ruthless ideal of evangelical masculinity.

"I want the meanest, toughest son of a you-know-what I can find," explained Robert Jeffress, pastor of First Baptist Dallas. In their book "The Faith of Donald J. Trump," Trump's evangelical biographers David Brody and Scott Lamb concurred: Trump would "protect Christianity"; he would be their "ultimate fighting champion."

With his poll numbers flagging, maintaining white evangelical support is critical to the president's reelection efforts.

That support is likely to hinge not on his presumed morality or Christian virtue, but rather on his ability to project rugged strength and masculine power.

How I do my work

As a historian, I approach evangelicalism not as a set of abstract theological beliefs, but rather as a historical and cultural movement.

In order to understand American evangelicalism, I surveyed popular evangelical teachings on masculinity, sexuality and family values as revealed not only through sermons but also through Christian radio, film and the Christian publishing industry.

The relationship between evangelical consumerism and formal religious authorities is a fruitful area for further research. More work, too, can be done to explore how conflicting ideas of Christian manhood coexist within white evangelical communities and how conceptions of Christian masculinity vary across racial divides.

I am beginning work on a project that is in many ways a counterpoint to Jesus and John Wayne, tracing the cultural and political ramifications of evolving ideals of white Christian womanhood.