Michele Bachmann: "Transgender Black Marxists" are "seeking the overthrow of the United States" 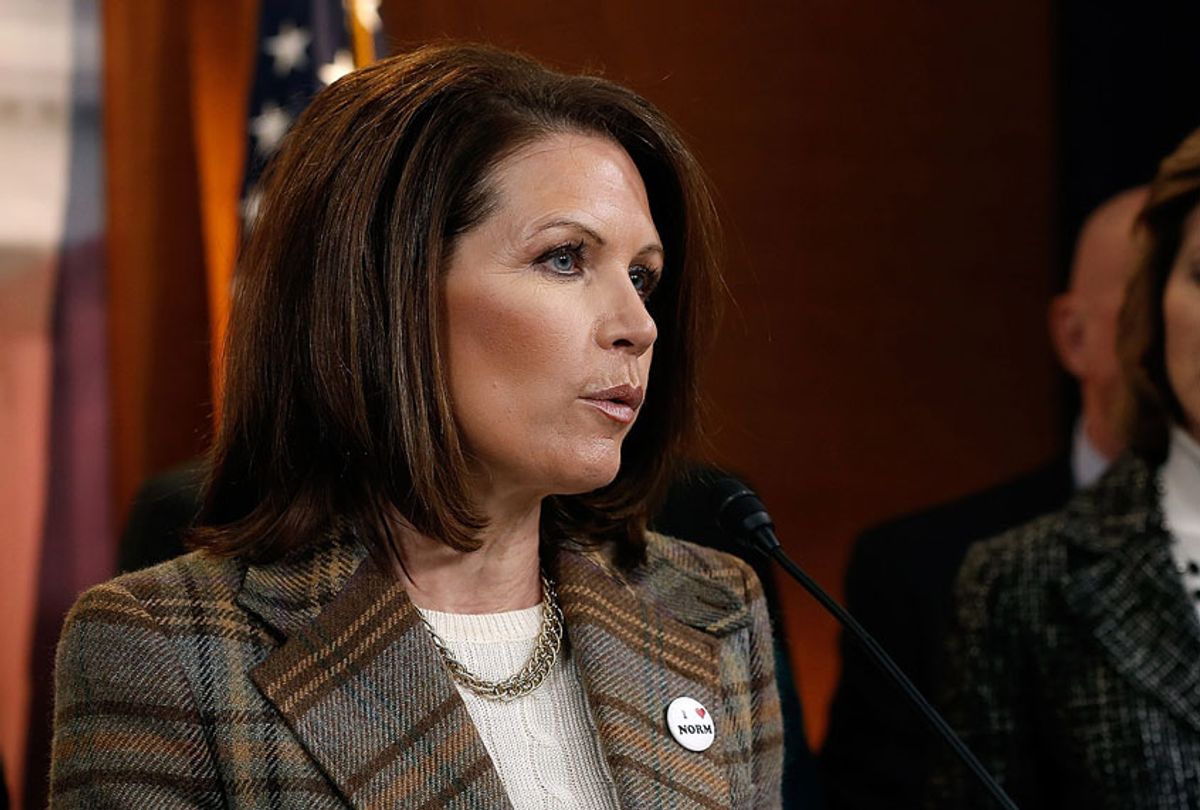 Former congresswoman Michele Bachmann warned that Black Lives Matter and anti-fascist demonstrators were working to soften up the U.S. for a communist revolution under Joe Biden.

The Minnesota Republican appeared on televangelist Kenneth Copeland's "The Victory Channel," where she claimed Biden and street protesters intended to destroy the economy and impose a global communist government, reported Right Wing Watch.

"Antifa is, if you go to their website, their materials, they are directly traceable to the Communist Party because their goal is the overthrow of the United States government and to bring communism into America," Bachmann said. "Just like Black Lives Matter, this is not a new movement, either. On their website, these are transgender Marxists, transgender Black Marxists who are seeking the overthrow of the United States and the dissolution of the traditional family."

Bachmann anticipated criticism of her theory.

"You say, 'Aren't you a little overheated? Isn't this melodramatic?'" Bachmann said. "This is exactly what a communist revolution looks like. They think they're going to do it by electing Joe Biden and then once Joe Biden is elected, they think that these Davos, Switzerland, meetings that go on, they think that what they're going to do is have the United States' economy collapse, move to a digital currency globally, and then we move into a global-type government. I mean, it's bizarre, but this is their goal."

The former lawmaker said none of this should come as a surprise to Christians who have been awaiting the apocalypse.

"For people who know their Bible, this is exactly what the prophets told us," Bachmann said. "So, we stand on the word of God, the Bible, and we say, 'Satan, flee, we're going to stand on the truth of God,' and so that's why now more than ever, between now and the election, what we need to do is pray and cry out to Almighty God and ask for his protection over America and to speak in this election."