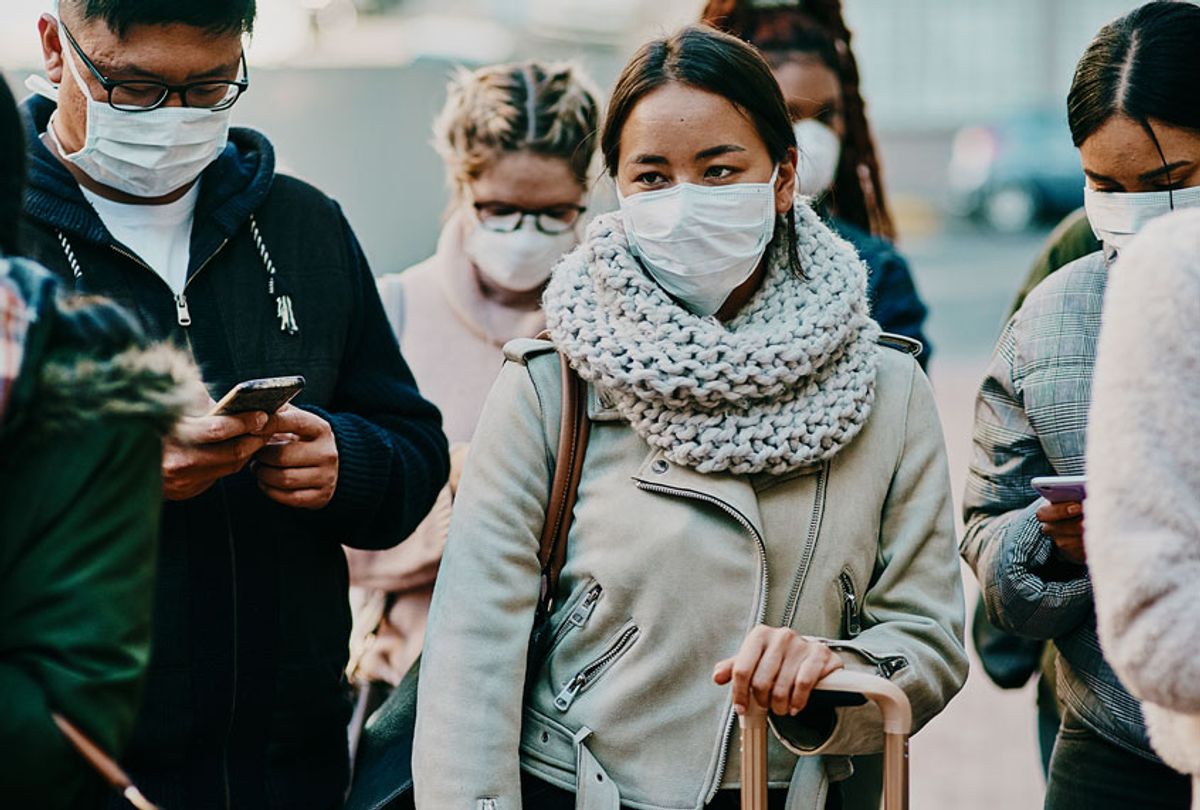 Face masks are a well-proven preventative measure for slowing the spread of the novel coronavirus. But it turns out that mask-wearing has a second, surprising benefit, too, in that they may actually confer heightened immunity upon those who wear them.

That's the conclusion of a fascinating new study from University of California, San Francisco researchers. The study's findings: mask-wearing, aside from limiting virus spread, seems to make those who do contract coronavirus feel less sick.

The article, which was co-authored by Dr. Monica Gandhi and Dr. George W. Rutherford, reviews the history of masking during the coronavirus pandemic and goes into how wearing a mask both limits the spread of the infection and protects the person wearing the facial covering. The researchers also note that the importance of wearing a mask is particularly acute in this pandemic, writing, "SARS-CoV-2 has the protean ability to cause myriad clinical manifestations, ranging from a complete lack of symptoms to pneumonia, acute respiratory distress syndrome, and death."

Salon spoke with Gandhi about her research.

"What we're trying to discuss and put forth is the possibility that we can drive up immunity to COVID-19 safely," Gandhi told Salon. "The strange part about this virus is that many, many people don't even know they have it. They're totally healthy well and asymptomatic. That population can be disturbing because they can spread the virus, which is why we recommend masking. We're interested in driving up the proportion of people who get less sick. Why not make people less sick?"

Gandhi says wearing a mask appears to increase the probability that you will be asymptomatic. "Previous work by our group seems to indicate that you can drive up the proportion of people who are asymptomatic by universal, population-wide masking," she told Salon. "By everyone putting on a mask, you reduce the amount of aerosols that you get in, and then you are less likely to get sick." In other words, she says, "we are arguing that ... population-wide masking will sort of trigger immunity in the population, and bridge us to a vaccine."

Gandhi's research builds on a paper she co-authored in July that was published in the Journal of General Internal Medicine, which presented "the hypothesis that universal masking reduces the 'inoculum' or dose of the virus for the mask-wearer, leading to more mild and asymptomatic infection manifestations."

Gandhi also expressed concerns about President Donald Trump, who has long downplayed the importance of wearing a mask, recently tried to pressure a reporter into taking off a mask and his ridiculed his election opponent, former Vice President Joe Biden, for frequently wearing a mask.

"As a scientist, the example that President Trump is setting is terrible for COVID-19 control in this country," Gandhi told Salon. "What we're trying to argue is not only does [masking] reduce transmission, but it reduces severe illness and it could even get us to immunity."

Describing masking as "one of the most important pillars of pandemic control," Gandhi observed that "I just cannot believe that any leader of a country would mock it, because I think that sets a really poor example for his followers." She explained that "in every country where this wasn't questioned, where this wasn't mocked, and this was modeled by leaders, they have managed very quickly get on top of their pandemics and open society."

Dr. Eric Feigl-Ding, Senior Fellow at the Federation of American Scientists, previously told Salon by email that "masks are important for catching droplets and microdroplet aerosols expelled while talking and breathing (not just sneezing or coughing), [as] recognized by WHO [World Health Organization] and 239 scientists." Feigl-Ding also stressed that "testing saves lives too, in addition to masks."