"We need a reckoning. We can't simply move on." 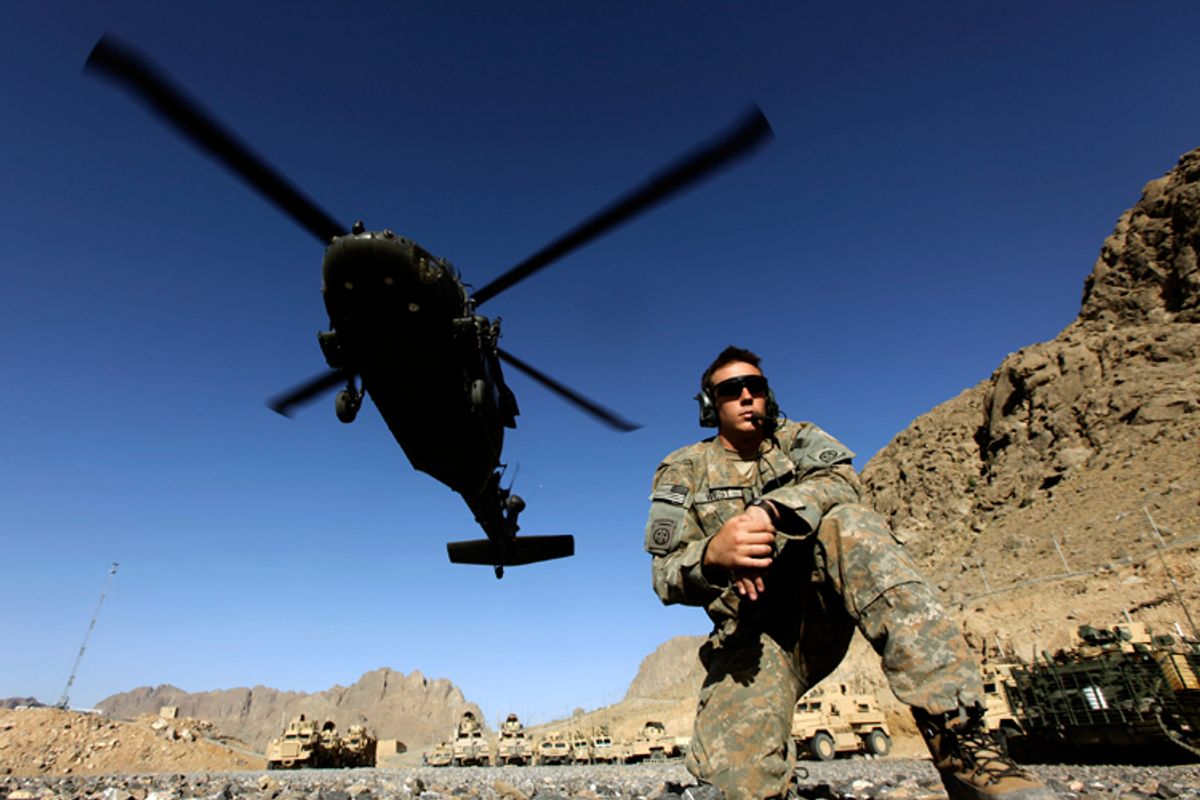 The ongoing U.S. "war on terror" has forcibly displaced as many as 59 million people from just eight countries in the Middle East, Africa, and Asia since 2001, according to a new report published Tuesday by Brown University's Costs of War Project.

Titled "Creating Refugees: Displacement Caused by the United States' Post-9/11 Wars" (pdf), the new report conservatively estimates that at least 37 million people have "fled their homes in the eight most violent wars the U.S. military has launched or participated in since 2001."

The latest figure represents a dramatic increase from the Costs of War Project's 2019 report, which estimated that 21 million people had been displaced internally or forced to flee their home countries due to violence inflicted or unleashed by U.S.-led wars over the past two decades. That report also put the death toll of the so-called war on terror at 801,000 and the price tag at $6.4 trillion.

The new report argues that "wartime displacement (alongside war deaths and injuries) must be central to any analysis of the post-9/11 wars and their short- and long-term consequences."

"Displacement also must be central to any possible consideration of the future use of military force by the United States or others," the report states. "Ultimately, displacing 37 million — and perhaps as many as 59 million — raises the question of who bears responsibility for repairing the damage inflicted on those displaced."

In addition to the tens of millions displaced by U.S. military actions in Afghanistan, Iraq, Pakistan, Yemen, Somalia, the Philippines, Libya, and Syria, the report notes that millions more have been displaced by "smaller combat operations, including in: Burkina Faso, Cameroon, Central African Republic, Chad, Democratic Republic of the Congo, Mali, Niger, Saudi Arabia, and Tunisia."

"To put these figures in perspective, displacing 37 million people is equivalent to removing nearly all the residents of the state of California or all the people in Texas and Virginia combined," the report says. "The figure is almost as large as the population of Canada. In historical terms, 37 million displaced is more than those displaced by any other war or disaster since at least the start of the 20th century with the sole exception of World War II."

David Vine, professor of anthropology at American University and the lead author of the new report, told the New York Times that the findings show "U.S. involvement in these countries has been horrifically catastrophic, horrifically damaging in ways that I don't think that most people in the United States, in many ways myself included, have grappled with or reckoned with in even the slightest terms."

Matt Duss, foreign policy adviser to Sen. Bernie Sanders (I-Vt.), demanded such a reckoning in a tweet responding to the Costs of War Project's latest findings.

"The scale of the disaster the United States has inflicted on the world — through three war on terror presidencies — is staggering," wrote Duss. "We need a reckoning. We can't simply move on."