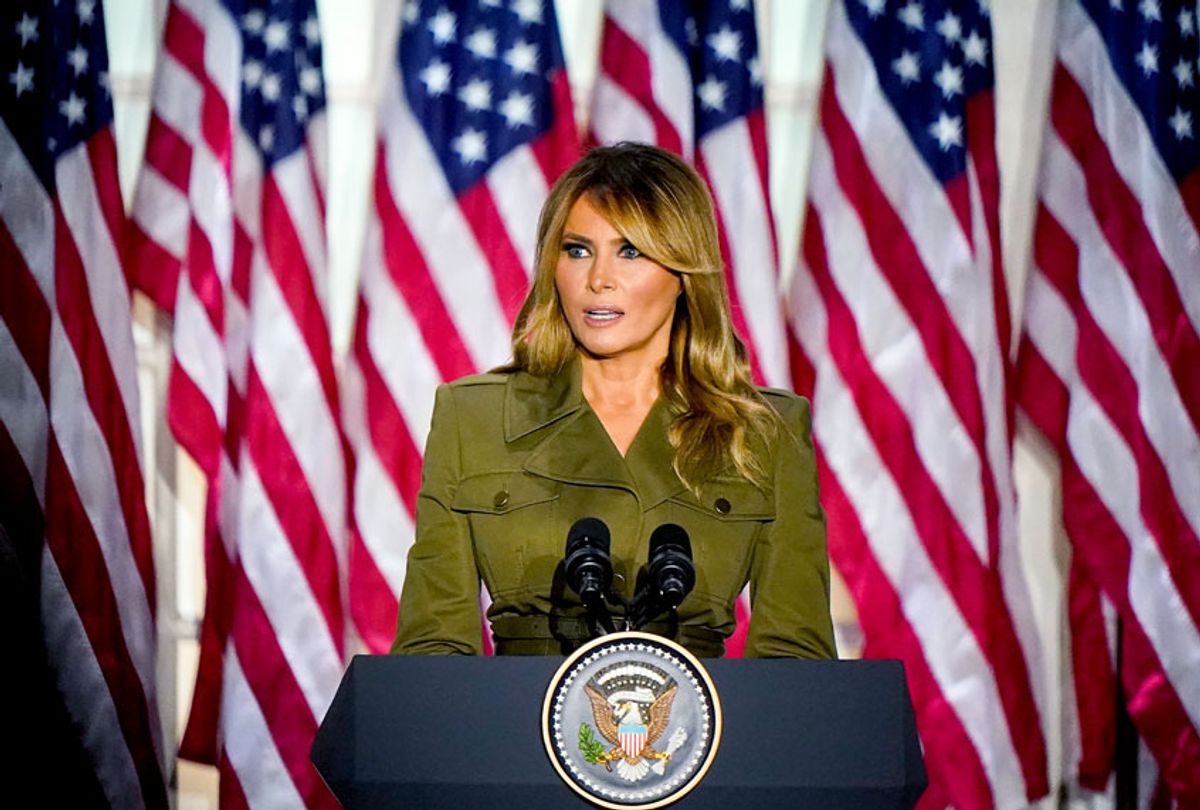 On August 22, First Lady Melania Trump hosted a private party to celebrate the unveiling of the renovated White House Rose Garden. But now, according to CNN, the renovated Rose Garden is already in need of repairs.

CNN's Kate Bennett reports that according to a source who is knowledgeable of the Rose Garden's problems, it is suffering from "issues with water drainage" as well as "some minor complications with updated construction."

Deputy White House Press Secretary Judd Deere told CNN that in the Rose Garden, "The sod is being replaced at no cost to taxpayers." And an official for President Donald Trump's reelection campaign told CNN that the campaign will be paying for the repairs.

"The cost of the re-sod of the Rose Garden was not revealed," according to Bennett. "The campaign is also paying for repairs and replacement sod for the South Lawn, which was also damaged by events for the Republican National Convention."

The first lady first announced in late July that she was overseeing the renovation of the Rose Garden. The renovation she had in mind, according to Bennett, "followed the guidelines from the Garden's original 1962 layout, but the update was largely panned by critics for looking substantially altered."

"Most discussed was the removal of 10 crabapple trees," Bennett notes. "The trees, which over the years had been replaced and were not the Kennedy-era originals, were transported to a National Park Service facility for care. According to a White House official, they will be replanted elsewhere on the grounds in the near future."

The Trump White House, Bennett reports, has not said when the Rose Garden will be fully functional again.