Is this year's horrific wildfire season a fluke, or the new normal?

Experts weigh in on the future of west coast wildfires, and whether we should just get used to it 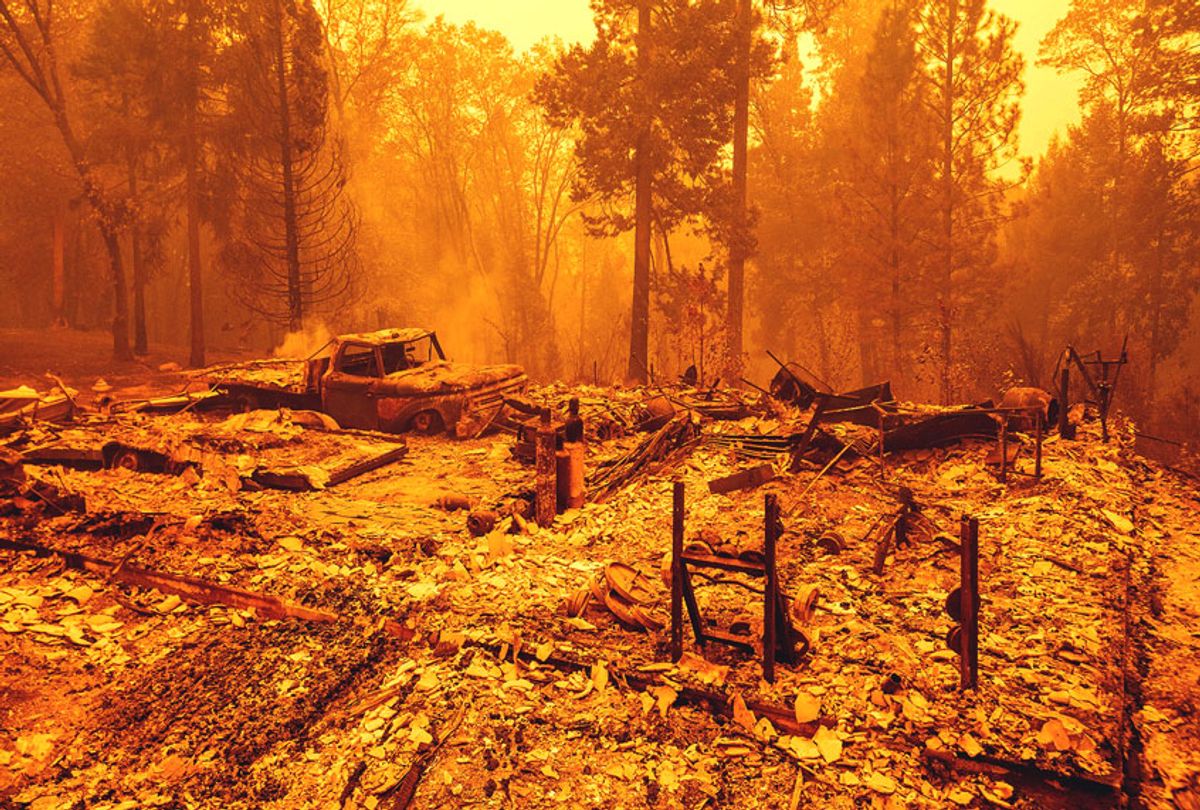 According to the California's fire agency, Cal Fire, there are 29 major fires burning across the state as of Thursday, and more than 3.1 million acres have burned so far this year. There have been 12 fatalities and over 3,900 structures destroyed in California. Cal Fire states that this season has been "record-breaking," not only because of the total amount of acres burned, but because six of the top 20 wildfires in Californian history have now happened this year.

California governor Gavin Newsom called out climate change specifically as one underlying cause of the devastating fire season. And since climate change certainly isn't getting any better — to the contrary, the amount of carbon dioxide in the atmosphere continues to rise each year — is it logical to assume that the fire season, like the amount of carbon in the air, will continue to get worse?

Climate scientists who study wildfires and forest management don't have crystal balls, but many of them aren't optimistic about the future, either.

"This is climate change," Michael Mann, distinguished professor of atmospheric science at Pennsylvania State University, told Salon via email. "The impacts of climate change are no longer subtle — we're witnessing them right now on our television screens as unprecedented wildfires engulf the west, with a record 2.5 million acres (and growing) already burned in California."

Wildfires are nothing new to the West Coast, as its residents know. There are two seasons in which wildfires are expected to occur each year: the summer season, when hot temperatures dry out vegetation providing fuel, and the fall fire season, when hot, dry winds blow over dried-out vegetation. Yet research shows both seasons have become more frequent and more intense over the last 50 years.

More recently, this has led to new weather phenomena like "smoke waves." In 2016, researchers at Harvard and Yale universities coined the term to describe an event where, for more than two consecutive days, a region experiences unhealthy levels of 2.5 micron particulate pollution (PM2.5) from wildfires. The same researchers predicted that smoke waves "are likely to be longer, more intense, and more frequent under climate change, which raises health, ecological, and economic concerns." A 57 percent increase in frequency, and a 31 percent increase in intensity of smoke waves, was predicted to occur by 2046 – 2051, affecting more than 82 million people.

"In the coming decades, we will be seeing the significant human health consequences from these extreme events in a changing climate," Jia Coco Liu, an author of the paper, warned in a statement in 2016.

Since then, California smoke waves do appear to be more common. Mann said the connection to climate change is "direct" when it comes to worsening wildfires.

"Take more persistent and widespread summer drought, combine with record heat, and you get more expansive, more intense, faster-spreading wildfires," Mann said, adding that there is no "new normal."

"It's worse than that," Mann said. "If we continue to add carbon pollution to the atmosphere and warm up the planet, we can expect ever larger, hotter-burning, faster-spreading wildfires."

But does that mean every year will look like this year? Yana Valachovic, a forest advisor and county director at University of California Cooperative Extension–Humboldt and Del Norte Counties, says this year's wildfire season has arrived with a stroke of bad luck, making bad conditions worse.

"What's really driving us this year is that we had these lightning [strikes] that ignited many ignitions all across California, so that got us super stretched thin with crew availability," Valachovic said. "So that kind of pushed the firefighting resources to the limit, and since then, we had some additional complicated red-flag warning days and very low fuel moistures, a couple more ignitions, and now we are stretched even further."

"Of course it can happen again, because the fuel profiles and the condition of our landscape is not necessarily changing, except for these large wildfire events," Valachovic said. "We've got fuel-driven fires now, and there are sufficient fuels across all of the west to carry those fires, so we're going to have to get serious about fuel modification and strategic fire planning and implementation of activities that can try and ameliorate that fire situation." Valachovic previously told Salon that 100 years of fire suppression is catching up to the state.

By "fuel modification," Vlachovic was referring to the dead trees and thick understory of forests that are fuel for wildfires. Valachovic said before California was settled by white pioneers around the time of the gold rush in the 1850s, Native Americans frequently used fire as a tool. Yet modern fire suppression has not been effective at managing the dead plant matter that turns into ample fuel for these fires.

Fuel modification is more complicated than "get[ting] rid of the leaves," as President Trump claims. Valachovic said that fire mitigation would require putting infrastructure in place to build a "viable restoration industry."