Hugo Weaving sounds off on Republicans, alt-right twisting "The Matrix" and "V for Vendetta"

"Trump doesn’t give a flying f**k about anyone else but himself. It’s just unbelievable that he’s president" 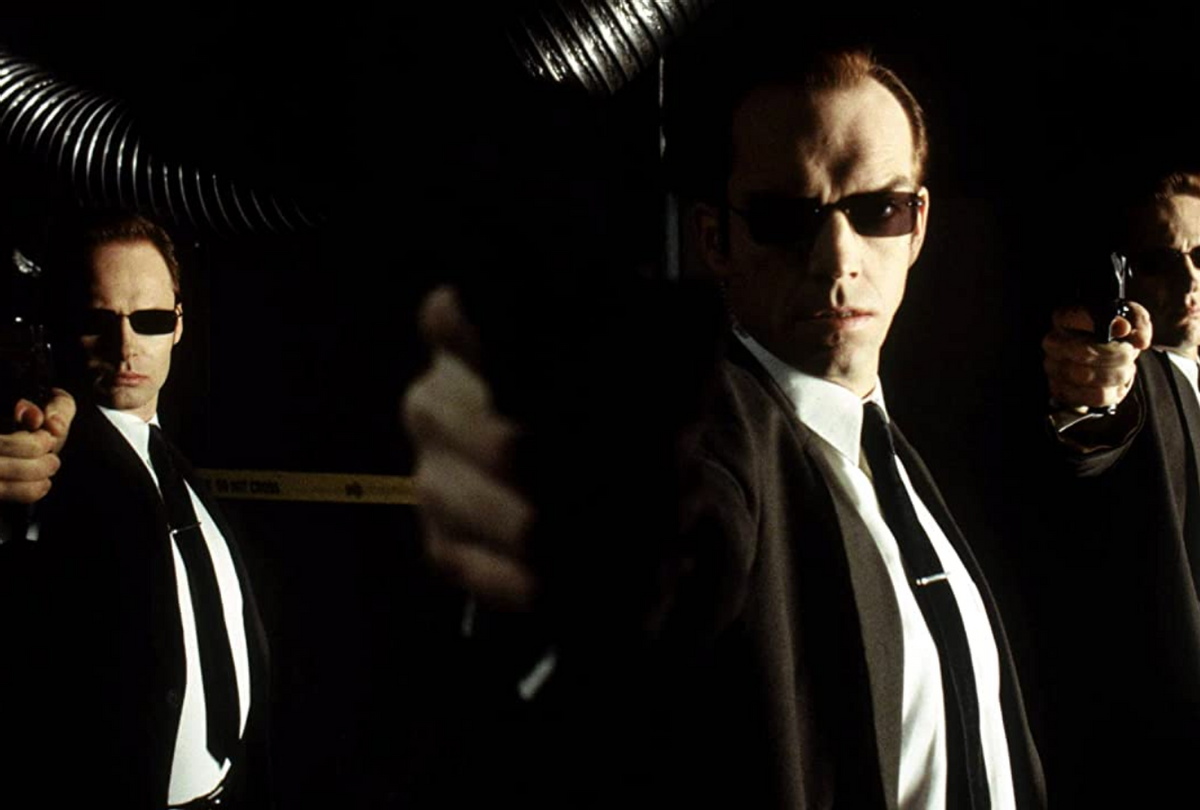 "The Matrix" co-director Lilly Wachowski went viral on social media in May after she slammed Ivanka Trump and Elon Musk for using the red pills at the center of her 1999 science-fiction movie to show support for Donald Trump and the Republican party. It was hardly the first time such a connection has been made, as Trump supporters and alt-right groups have been coopting "The Matrix" for several years now. In a new interview with The Daily Beast, "Matrix" actor Hugo Weaving says right wingers who are using "The Matrix" to express support for their political agenda have no idea what "The Matrix" truly represents.

"I am befuddled by it," Weaving said. "It just goes to show how people don't read below surfaces. They don't read between the lines. They will take something that they think is cool and they will repurpose it to fit themselves when the original intention or meaning of that thing was quite the opposite."

Weaving notices the same issue happening with the infamous Guy Fawkes mask his character wears in "V for Vendetta," the 2006 James McTeigue-directed dystopian drama that the Wachowski sisters produced. Weaving noticed recently a group of people holding guns and wearing the "V for Vendetta" face masks while protesting the Black Lives Matter movement.

"I was like, 'Wow, man. That couldn't be more the opposite of what it stands for!' Weaving said. "The original V was based on Guy Fawkes, and these guys were trying to blow up the House of Parliament. They were young Catholic protesters who were being persecuted by their government, trying to rebel against that, and taking very violent course of action to make their cause. To me, that mask has always represented questioning the government. And somehow now it's guys who are generally unhappy with what's going on, or guys who think they look cool."

As Weaving explains it, the "problem with culture" is that "these films are profoundly thought through, but it's too easy to look cool, have a cool haircut, and have a gun, and you think that's all you need to do in life. But you haven't thought about what that gun is for, and what that haircut is for, and what those black clothes are meant to be. What are you trying to do all this for? Is it all narcissism and ego? Or is it about community and thinking about what's right for other people?"

"When you get such a split in society, it's because there isn't the leadership at the top," Weaving concluded. "They aren't thinking about other people and are only thinking about themselves. Trump is the classic, most unbelievable example. 'Narcissist' is a stupid thing to say, it's so obvious. He doesn't give a flying f**k about anyone else but himself. It's just unbelievable that he's the president."

Weaving will not be appearing in "The Matrix 4" due to scheduling conflicts. Head over to The Daily Beast to read the full interview.