Robert Reich on the real threat to law and order

Trump is mounting a tried-and-true law and order campaign 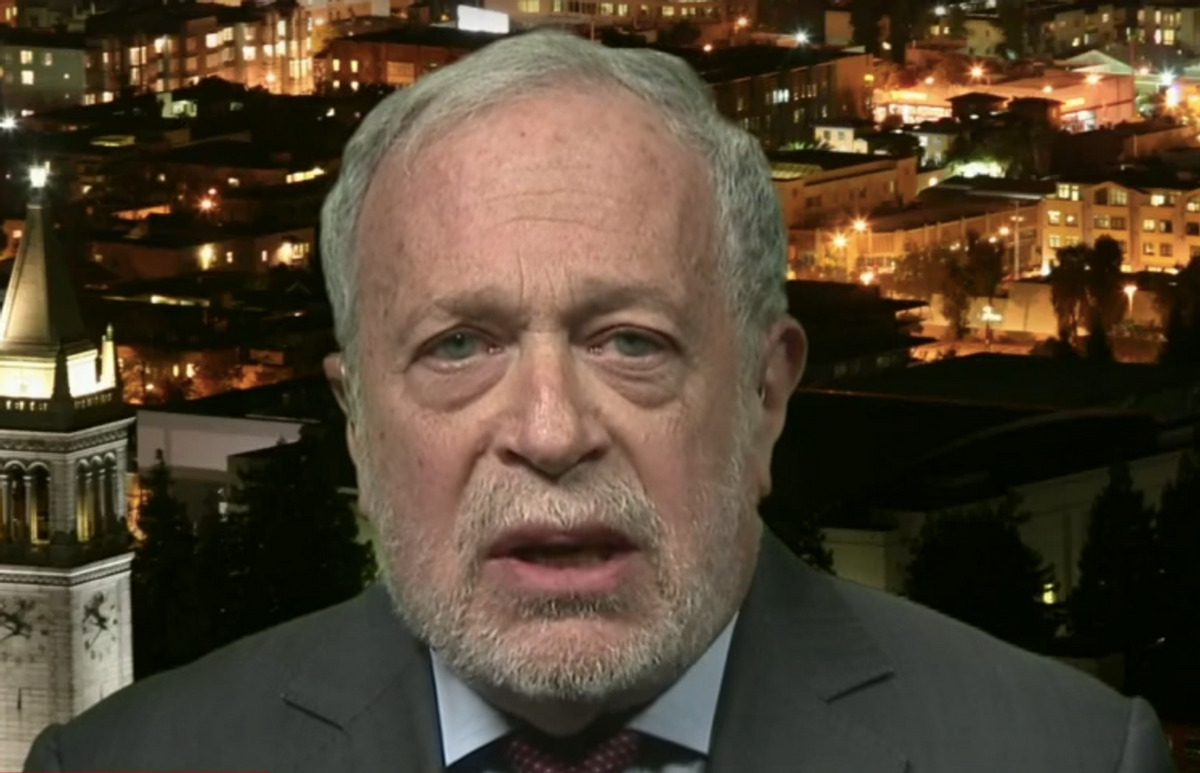 Trump knows he has to distract the nation from the pandemic he has failed to control – leaving more than 188,000 Americans dead as of September 8, tens of millions jobless, and at least 30 million reportedly hungry.

So he's mounting a tried-and-true law and order campaign.

At the Republican National Convention, Trump said: "Your vote will decide whether we protect law-abiding Americans, or whether we give free rein to violent anarchists, agitators and criminals who threaten our citizens."

He's right. But the anarchists, agitators, and criminals threatening Americans are not those protesting police violence. They are the highly armed and racist right-wing vigilantes, along with the conspiracy theorists and shady criminals Trump has repeatedly encouraged and surrounded himself with.

Take for example, the white gun-toting 17-year-old Kyle Rittenhouse, who has been charged with killing two people and wounding a third during Black Lives Matter protests in Kenosha, Wisconsin – and who, perhaps not coincidentally, occupied a front-row seat at a Trump rally in Des Moines last January. Despite the fact Rittenhouse has been charged with murder, Trump defends him, claiming he was acting in self-defense, that "they very violently attacked him."

Or consider the pro-Trump caravan that drove into Portland, Oregon, including the neo-fascist Proud Boys – shooting Black Lives Matter protesters with pepper spray and paintballs and driving into crowds. Someone wearing the hat of a far-right group called Patriot Prayer was shot dead.

Trump's reaction? Rather than condemn the violence, he tweeted "GREAT PATRIOTS!" in support of the pro-Trump agitators, and "big backlash going on in Portland cannot be unexpected. The people of Portland won't put up with no safety any longer." He also retweeted a claim that "this coup attempt is led by a well funded network of anarchists trying to take down the President."

At the Republican convention, Mike Pence lamented the death of federal officer Dave Patrick Underwood, who he said was "killed during the riots in Oakland, California" earlier this year, implying Underwood was killed by protesters. In fact, Underwood was killed by an adherent of the "boogaloo boys," an online extremist movement that's trying to ignite a race war. Such groups have found encouragement in a president who sees "very fine people" supporting white supremacy.

The threat to law and order also comes from conspiracy theorists like Marjorie Taylor Greene, the recently-nominated Republican candidate for Georgia's 14th congressional district and QAnon supporter, whose adherents believe Trump is battling a cabal of "deep state" saboteurs who worship Satan and traffic children for sex. Trump has praised Greene as a "future Republican star," and claimed that QAnon followers "love our country."

And from people like Mary Ann Mendoza, a member of Trump's campaign advisory board, who was scheduled to speak at the Republican convention until she retweeted an antisemitic rant.

Clearly the threat comes from hotheaded police officers who fire bullets into the backs of Black people, or kneel on their necks so they can't breathe. But Trump and Pence don't bother mentioning Jacob Blake, or George Floyd or Breonna Taylor.

And it comes from Trump's own lackeys who have brazenly broken laws to help him attain and keep power. Since Trump promised to hire only "the best people," fourteen Trump aides, donors and advisers have been indicted or imprisoned.

You want the real threat to American law and order? It's found in these and other Trump enablers, lackeys, and bottom-dwellers. They are the inevitable exCRESense of Trump's above-the-law, race-baiting, me-first presidency. It's from the likes of them that the rest of America is in true need of protection.