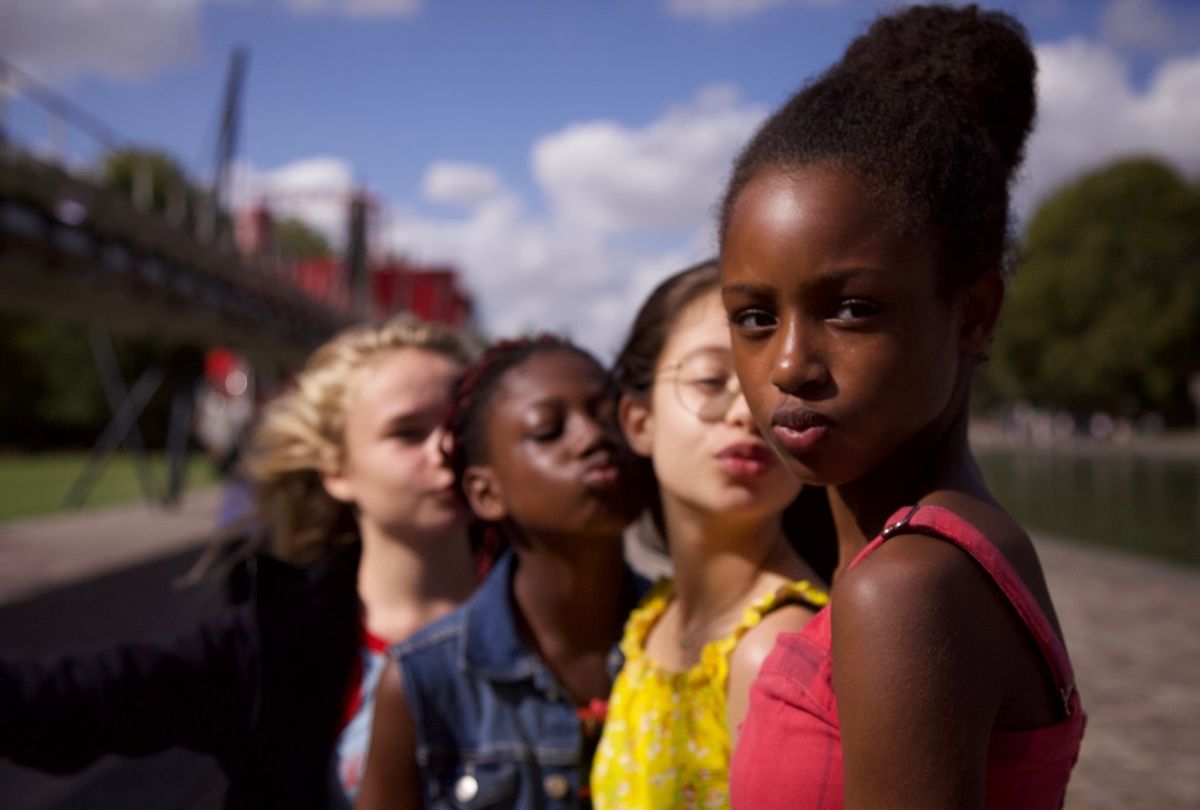 [UPDATE: Netflix issued a statement saying "Cuties" is "a social commentary against the sexualization of young children" and encouraged critics to watch it.]

Controversial French film "Cuties" — about a young Senegalese girl in Paris who joins a "free-spirited dance clique" to escape family dysfunction — has spawned a new backlash against Netflix by critics who allege it goes over the line in portraying children in a sexualized manner.

The hashtag "#CancelNetflix" was the No. 1 trending topic on Twitter in the U.S. Thursday, after "Cuties" premiered Sept. 9 on Netflix.

A petition on Change.org calling on Netflix customers to cancel their subscriptions over "Cuties" and other content on the streaming service "that exploits children and creates a disturbing vibe," currently has nearly 600,000 signers.

Criticism erupted in August over a promotional poster for "Cuties" depicting its young cast members in provocative poses and revealing costumes. Netflix at the time apologized for the image. "We're deeply sorry for the inappropriate artwork that we used for 'Mignonnes'/'Cuties,'" a Netflix rep said in a statement to Variety. "It was not OK, nor was it representative of this French film which premiered at Sundance. We've now updated the pictures and description."

"Cuties," from French filmmaker Maïmouna Doucouré, premiered at the 2019 Sundance Film Festival, where it won the world cinema dramatic directing award. The film is based on Doucouré's short film "Maman(s)," about an 8-year-old child furious when her polygamous dad invites his new bride into their Parisian apartment, which won the short film international fiction jury award at Sundance in 2016.

Per the Sundance description of "Cuties," the film "nimbly depicts the tweens' youthful energy and vulnerabilities while exploring their fumbling eagerness to be identified as sexualized. Fathia Youssouf captivates as Amy, shifting like a chameleon between the different identities her character is juggling and deftly anchoring the film's immensely watchable, vivacious young cast."

Mary Margaret Olohan, a reporter for conservative publication the Daily Caller, early Thursday tweeted a video clip of the girls in the film dancing suggestively and twerking, commenting, "Netflix is comfortable with this. Plenty of people will defend it. This is where our culture is at." She added, "I understand this video is upsetting and depicts little girls in a gruesome light. I tweeted it for those who will say that 'Cuties' is innocent."

Conservative advocacy group Parents Television Council said in a statement Thursday that after reviewing the film, it "stands by its earlier criticism that the TV-MA-rated film sexualizes children."

According to PTC, the young female actors were trained in highly sexualized dance routines; were given lines with "foul, vulgar language" including f—; and were made to wear revealing clothing. In addition, in one scene, Amy is shown pulling down her underwear to photograph her genitals to post online, after she tries to seduce a man (who is a family member) to get out of trouble for stealing his cell phone.

"By removing the offensive poster and replacing it with a more innocuous one, Netflix might actually have made the situation worse by suggesting that 'Cuties' is nothing more than a cute, coming-of-age movie," Melissa Henson, program director for the PTC, said in a statement. "Although the film tackles an important topic — one that under different circumstances we might even applaud — it's the way the film goes about it that's problematic. This film could have been a powerful rebuke of popular culture that sexualizes children and robs them of their innocence."

The "Cuties" description on Netflix currently reads, "Eleven-year-old Amy starts to rebel against her conservative family's traditions when she becomes fascinated with a free-spirited dance crew." Previously, the description read, "Amy, 11, becomes fascinated with a twerking dance crew. Hoping to join them, she starts to explore her femininity, defying her family's traditions."

Netflix acquired worldwide rights (excluding France) to "Cuties" prior to its Sundance premiere. The film was produced by Bien ou Bien Productions and co-produced with France 3 Cinéma.

In Variety's review of the film, Amy Nicholson writes that Doucouré's "coming-of-age drama starts with Amy doodling stick figures and climaxes with the kid booty-shaking in hot pants. The choice is also false, but Doucouré believes that today's girls see their options in black and white. 'Cuties" job is to coil the contrasting messages and spin them until her lead falls down dizzy, which can make the film feel as subtle as a headache."