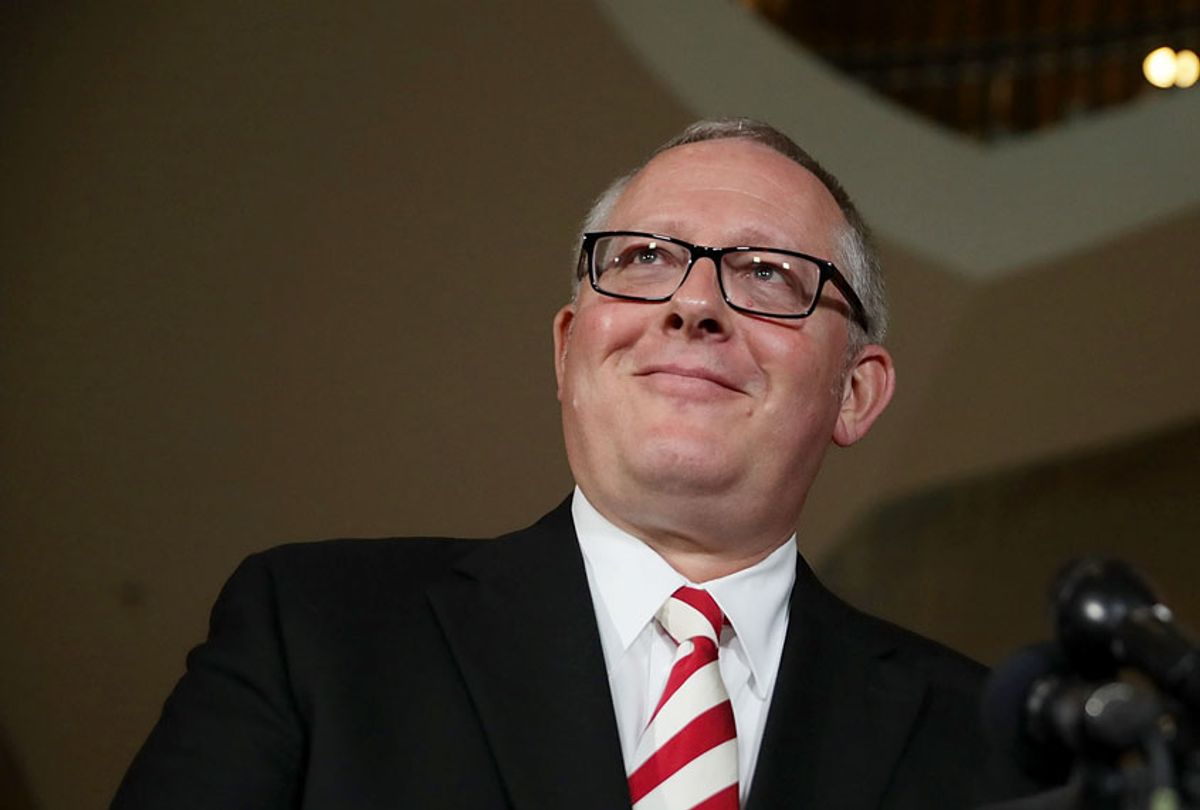 Days after President Donald Trump admitted to knowingly downplaying the Covid-19 pandemic in his statements to the public, new reporting late Friday revealed that Trump political aides have been reviewing—and in some cases altering—weekly CDC reports about the deadly virus in an effort to bring them into closer alignment with the president's false narrative and claims.

Politico reported Friday evening that the Health and Human Services Department's politically appointed communications aides, led by former Trump campaign official Michael Caputo—a Republican strategist with no medical expertise—"have attempted to add caveats to the CDC's findings, including an effort to retroactively change agency reports that they said wrongly inflated the risks of Covid-19 and should have made clear that Americans sickened by the virus may have been infected because of their own behavior."

The primary target of the Trump officials' interference, according to Politico, has been the CDC's Morbidity and Mortality Weekly Reports (MMWR), a crucial resource for experts, public officials, and members of the public seeking to track the spread of Covid-19. While CDC officials have pushed back on meddling from political appointees, Politico reported that the agency has "increasingly agreed to allow the political officials to review the reports and, in a few cases, compromised on the wording."

According to one internal email obtained by Politico, Caputo aide Paul Alexander accused the CDC—an agency directed by Trump appointee Robert Redfield—of "writing hit pieces on the administration" and attempting to use its weekly reports to "hurt the president."

"CDC tried to report as if once kids get together, there will be spread and this will impact school re-opening," wrote Alexander, an assistant professor of health research at McMaster University in Toronto. "Very misleading by CDC and shame on them. Their aim is clear."

Alexander demanded that Redfield allow the HHS aide to personally edit the CDC's reports, which are authored by career scientists.

"The reports must be read by someone outside of CDC like myself, and we cannot allow the reporting to go on as it has been, for it is outrageous. Its lunacy," Alexander, who has also attempted to alter the public messaging of Dr. Anthony Fauci, wrote to Redfield. "Nothing to go out unless I read and agree with the findings how they CDC, wrote it and I tweak it to ensure it is fair and balanced and 'complete.'"

"This is just beyond the pale," Gonsalves tweeted. "Caputo, with acquiescence of Redfield, has started to twist the science to Donald Trump's advantage. It's sick and disgusting."

According to Politico, attempts by political appointees to alter the MMWR to their liking "began in earnest after a May report authored by senior CDC official Anne Schuchat, which reviewed the spread of Covid-19 in the United States and caused significant strife within the health department."

In addition to trying to change the language of CDC scientists to make it fit with the president's rosy depiction of the pandemic, Caputo and his aides have also moved "to halt the release of some CDC reports, including delaying a report that addressed how doctors were prescribing hydroxychloroquine, the malaria drug favored by Trump as a coronavirus treatment despite scant evidence," Politico reported Friday.

"The report, which was held for about a month after Caputo's team raised questions about its authors' political leanings, was finally published last week," Politico noted. "It said that "the potential benefits of these drugs do not outweigh their risks."

Politico's new reporting represents just the latest evidence of the Trump administration's ongoing interference in the activities of public health agencies, an effort lawmakers and experts have denounced as a deliberate campaign to undermine trust in Covid-19 data and advance the president's political agenda.

Eric Feigl-Ding, an epidemiologist and senior fellow at the Federation of American Scientists, said the "Trump CDC is dead to me if they muzzle the MMWR."

"To kill the MMWR," Feigl-Ding added, "is akin to burning science."