Trump supporters are freaking out and "baffled" as his campaign shows signs of weakness: report 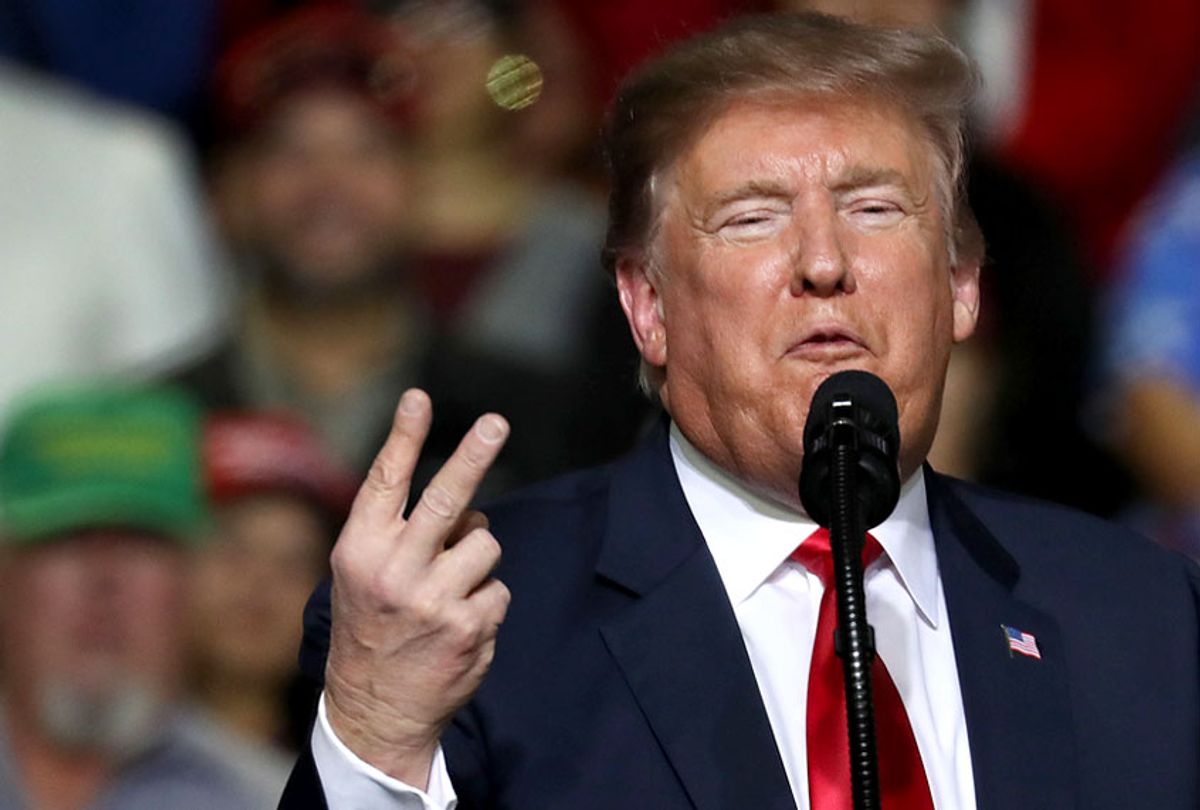 Donald Trump speaks during a rally at the El Paso County Coliseum on February 11, 2019 in El Paso, Texas. (Getty/Joe Raedle)
--

While former Vice President Joe Biden's campaign has been inundated with donations in recent months, reports indicate that President Donald Trump's campaign is fearing a shortage of funds as November 3 draws closer. And these comparative fortunes are already having an effect, it seems — at least on the peace of mind of Trump supporters.

The Washington Post reported Friday Trump's  campaign has been pulling television advertising in recent weeks, and it's making supporters nervous:

Republican officials have been inundated with calls from worried activists and donors who complain about constant Biden ads in their local media markets, with very few paid Trump responses, according to people familiar with the conversations. Some Republicans close to Trump have been baffled at the decision to sharply curb advertising and have told the president he should change course.

By reducing its television advertising, Scherer and Dawsey note, Trump's campaign is "ceding to Democratic nominee Joe Biden a huge advantage in key states and sparking disagreements over strategy within the president's senior team."

The Post journalists point out that Biden's campaign has gone from being "lean" earlier this year to being "flush with cash" — and more cash means more to spend on ads. One of the Republicans who is worried about Biden's cash advantage, according to Scherer and Dawsey, is Republican National Committee Chair Ronna Romney McDaniel — whose uncle is Sen. Mitt Romney of Utah. McDaniel, they report, "recently told the president she was concerned his ads were not on television in states such as Michigan and Florida, where Biden was blanketing the airwaves."

The Trump campaign's decision to buy less television advertising, the Post reporters note, was made by Bill Stepien —  who replaced Brad Parscale as Trump's campaign manager in July. Stepien, Scherer and Dawsey report, "has described facing difficult choices, as he tries to save considerable money for the final 30 days before the November 3 election. The moves have resulted in an enormous short-term advertising benefit for Biden, who maintains a polling lead in most of the battleground states. Between August 10 and September 7, Biden's campaign spent about $90 million on television ads — more than four times the $18 million spent by the Trump campaign, according to tracking by a Democratic firm."

A GOP strategist, interviewed on condition of anonymity, told the Post, "There is actually a lot of frustration out there with the Trump campaign being dark, especially in places like Arizona and North Carolina. Those two places have big Senate races."