“Was our cousin laying dead on the highway for nearly a day while they were investigating?" 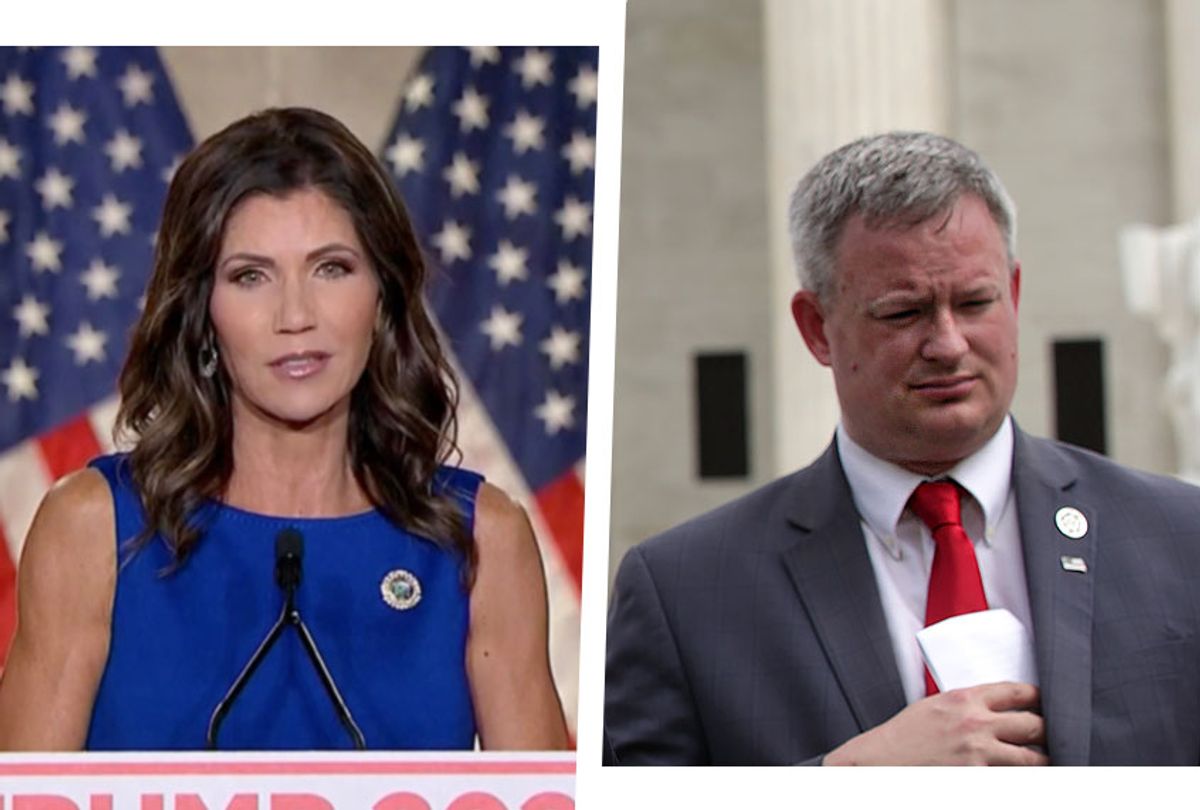 When South Dakota Attorney General Jason Ravnsborg reported that he "hit a deer," what he actually hit was 55-year-old Joe Boever and his family members are demanding answers.

According to the Rapid City Journal, details are thin after Gov. Kristi Noem (R-SD) briefed the public on the hit-and-run incident where the attorney general struck a person on his way back from a Republican Party event around 10:30 p.m. Saturday.

A release from the Department of Public Safety doesn't say if Ravnsborg stopped his car to confirm that he hit a deer and look at the damage to his car.

Bloomberg News reported that Ravnsborg swears that he wasn't drinking at the event and he called 911 immediately after hitting the man.

"Ravnsborg has received six traffic tickets for speeding in South Dakota over the last six years. He also received tickets for a seat belt violation and for driving a vehicle without a proper exhaust and muffler system," the report also said.

But the victim's family is demanding justice.

"A deer doesn't look like a human," said Boever's cousin, former state Rep. Nick Nemec (D-SD), according to the Dickinson Press. "My cousin got run over by the Attorney General."

Nemec said that he went with his brother to identify Boever's body on Sunday evening, about 20 hours after the incident occurred.

"We've got questions why it took so long to contact us," Nemec said. "Was our cousin laying dead on the highway for nearly a day while they were investigating? I don't know."

Nemec heard Ravnsborg's apology and said that it "irritated the hell" out of him.

Nemec recalled that on Saturday, Boever said he hit a hay bale with his white Ford pickup on Highway 14, damaging it. He thinks that his cousin was "probably walking back to the pickup from his home in Highmore when he was struck by Ravnsborg."

"All I can think of, was Joe decided to walk back out to his pickup and straighten the bumper himself," he said.

Read the full interview at The Dickinson Press.