Federal official who interfered with CDC reports on COVID-19 has deep ties to Russia: report 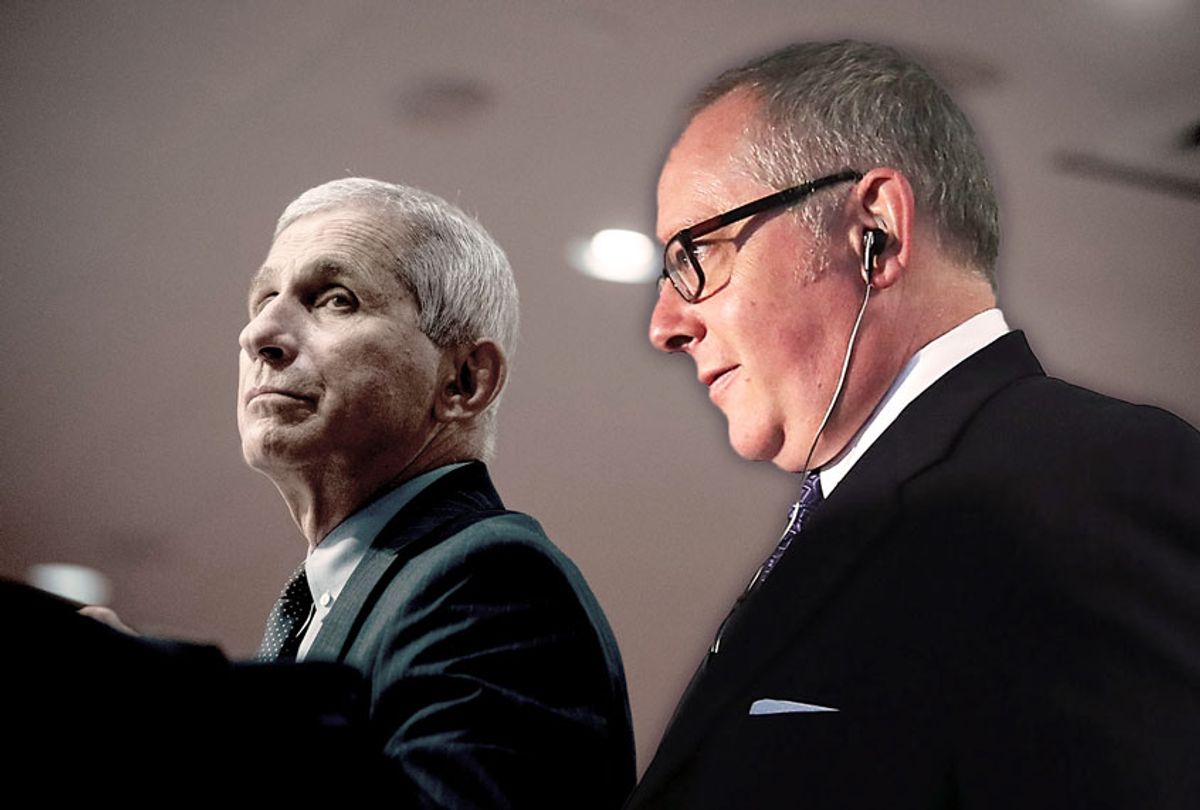 On September 11, Politico reported that Michael Caputo, assistant secretary for the U.S. Department of Health and Human Services, interfered in the Centers for Disease Control and Prevention's reports on COVID-19 in order to make them conform to President Donald Trump's claims about the pandemic. And Caputo, journalist Mary Papenfuss reports in HuffPost, is drawing scrutiny for another reason as well: his ties to the Kremlin.

Caputo, Papenfuss notes, lived in Russia for six years and served as an adviser to former Russian President Boris Yeltsin from 1995-1999 before Vladimir Putin became Russia's president. The HHS assistant secretary was an adviser to a subsidiary of Gazprom, an energy company owned by the Russian government — and Papenfuss points out that Caputo "reportedly helped shore up Russian President Vladimir Putin's reputation."

"Caputo's Kremlin ties were so concerning that he became a target of former special counsel Robert Mueller's probe into Russian interference in the 2016 election," Papenfuss explains. "He was questioned but was not charged with any offenses. He also testified before the House Intelligence Committee that he had no contact with Russians while serving on the Trump campaign."

Caputo, a long-time ally of veteran GOP operative Roger Stone, has promoted the debunked conspiracy theory that it was the Ukrainian government, not the Kremlin, that interfered in the 2016 presidential election — and that the interference was in support of Democratic nominee Hillary Clinton, not Trump. Papenfuss notes that Caputo "has spread baseless accusations concerning activities in Ukraine by Joe and Hunter Biden. A key source of that Ukrainian smear, Andrii Derkach, turned out to be a Russian spy attempting to interfere in the current U.S. election, the Treasury Department revealed last week."

During Trump's impeachment trial in the U.S. Senate, Trump denounced the impeachment as "phony" — and he was also highly critical of the Russia investigation.

The Mueller report says of Caputo, "In the spring of 2016, Trump campaign advisor Michael Caputo learned through a Florida-based Russian business partner that another Florida-based Russian, Henry Oknyansky — who also went by the name Henry Greenberg — claimed to have information pertaining to Hilary Clinton. Caputo notified Roger Stone and brokered communication between Stone and Oknyansky. Oknyansky and Stone set up a May 2016 in-person meeting."