Even before Pompeo's prerecorded address was played, the secretary's choice garnered widespread criticism 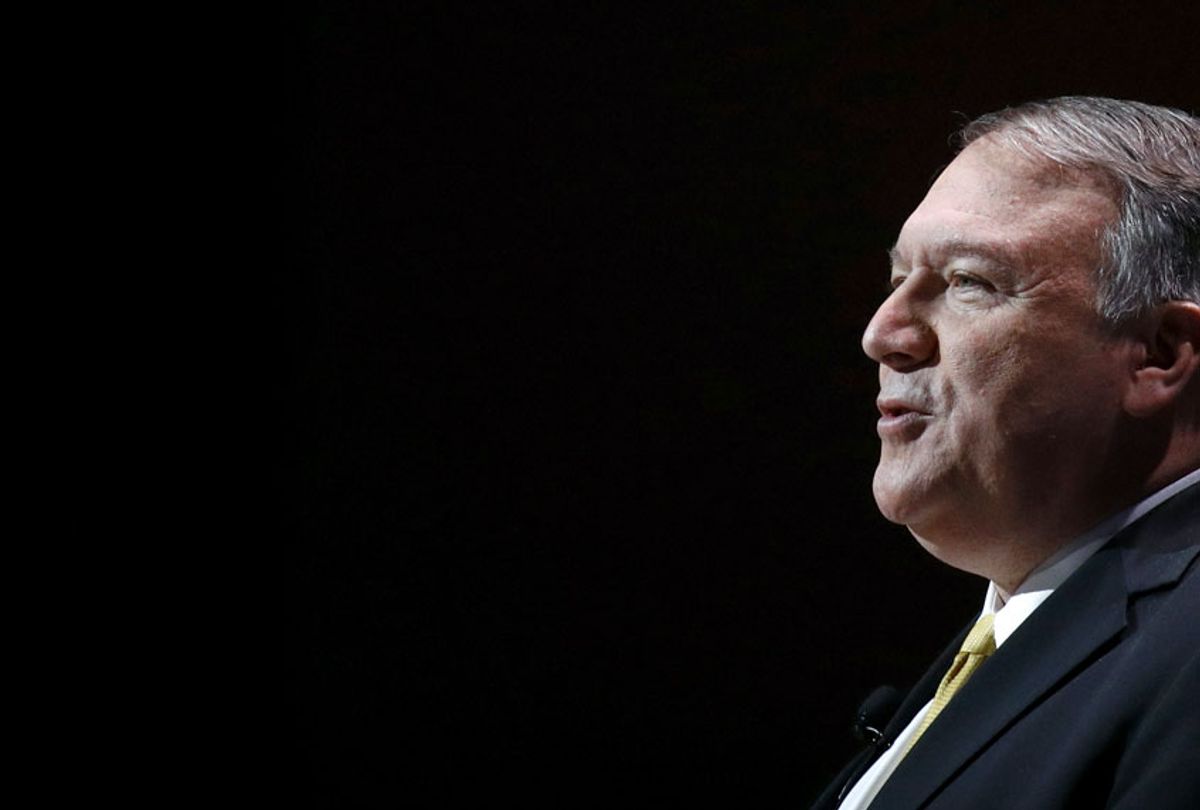 A pair of top Democrats in the U.S. House on Friday called for the U.S. State Department's Office of Inspector General to immediately launch an investigation into Secretary of State Mike Pompeo's decision to deliver a speech to the Republican National Convention last week from a rooftop in Jerusalem while he was there on official travel.

Even before Pompeo's prerecorded address was played on the second night of the RNC, the secretary's choice garnered widespread criticism. Activists, Obama administration officials, Democratic lawmakers, and other commentators decried the move as "unprecedented and wrong," accused Pompeo of "using Judaism as a political prop," and suggested that his stunt could violate the Hatch Act, which restricts federal employees from participating in certain political activities.

In a letter (pdf) Friday to Diana Shaw, the State Department's deputy inspector general, Reps. Eliot Engel (D-N.Y.) and Nita Lowey (D-N.Y.) wrote that "Secretary Pompeo's decision to make this speech appears to have violated long-standing prohibitions on department employees' participation in political activities and sends a message that the rules and standards that govern most department employees don't apply to the department's senior political appointee."

The lawmakers referenced a cable (pdf) that Pompeo sent to State employees in July emphasizing the importance of abiding by the Hatch Act and all department policies regarding political activities. They also noted a December 2019 memorandum (pdf) from the department's Office of the Legal Adviser detailing current restrictions on political activities for all presidential and political appointees.

Engel and Lowey, who respectively chair of the House Committees on Foreign Affairs and Appropriations, also pointed out that Pompeo's predecessors "have long avoided weighing in on domestic political matters" because as the nation's top diplomat, they have been "responsible for representing all of America to the rest of the world, not the narrow interests of a particular president or of a single political party."

The pair further expressed concern about Pompeo's "use of taxpayer money in connection with the speech," writing that "the secretary would not have been in Israel had U.S. taxpayers not funded his travel, his security detail, and his lodging. It seems to be a logical conclusion that at least some Department resources were used to facilitate Secretary Pompeo's speech, in possible violation of the law, relevant regulations, and/or State Department guidance."

Pompeo, a former GOP congressman from Kansas who previously served as CIA director under President Donald Trump, has repeatedly defended his decision by echoing the statement from the federal department he currently runs and claiming that the move had been reviewed and approved by attorneys.

Asked about the speech and the message it sent to employees during a Wednesday press conference, Pompeo said: "All I can say in my role of secretary of state—I did this in my personal capacity. All I can say in my role as secretary of state is the State Department reviewed this, it was lawful, and I personally felt it was important that the world hear the message of what this administration has accomplished."

Just before the speech aired, Rep. Joaquin Castro (D-Texas), vice chair of the House Foreign Affairs Committee and chairman of the panel's Oversight and Investigations Subcommittee, announced that lawmakers would investigate Pompeo's decision. Following the announcement, Engel revealed last Friday that the committee was launching contempt proceedings against Pompeo for defying subpoenas.

Engel—who was defeated by progressive Jamaal Bowman in New York's June primary—said last week that by refusing to comply with official document requests, Pompeo "has demonstrated alarming disregard for the laws and rules governing his own conduct and for the tools the Constitution provides to prevent government corruption."