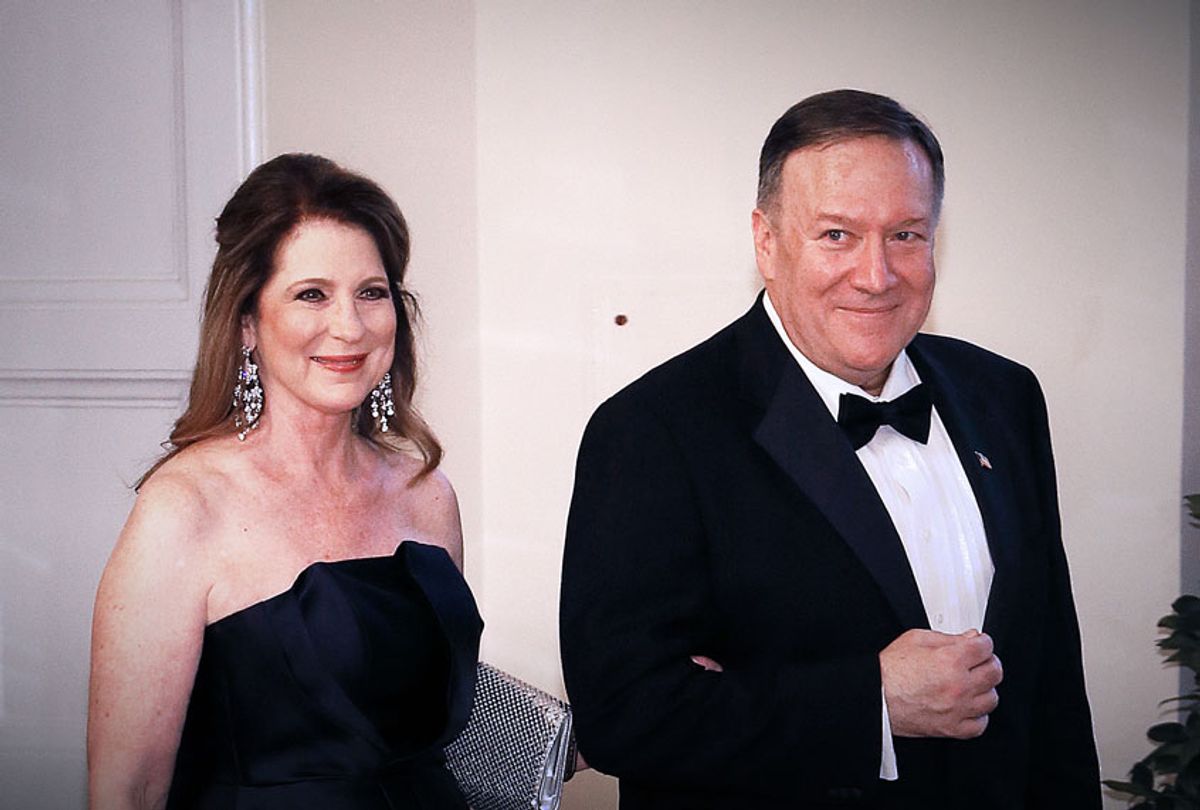 When Secretary of State Mike Pompeo's wife used a private email account to ask senior State Department officials to help the couple finish sending out their personal holiday cards, she made it clear that the request should not be shared beyond a small, private group.

"I see that you are out of the office all next week," Susan Pompeo wrote State Department senior adviser Toni Porter from her personal email address on Dec. 19, 2019. "Do you know, is Joe also out? I'm wondering if we are sending the last of our personal cards out, who will be there to help me. Mike will not want to go outside you and Joe for this assistance."

Porter, who has served as an aide to Pompeo since he represented Kansas as a House Republican, forwarded the email to Lisa Kenna, a career employee serving as State Department executive secretary. Though Kenna offered to help, she told Porter that she would "worry about asking others for personal things."

The emails, obtained by McClatchy, show the Pompeo family knowingly directing State Department employees to help it personal tasks on government time. Such actions were the subject of a probe by the department inspector general's office.

In May, Pompeo asked Trump to fire Inspector General Steve Linick, reportedly because he began looking into allegations that the secretary and his wife had assigned State Department employees with executing personal tasks. An acting inspector general who replaced Linick resigned in August.

Initial reports following Linick's sacking revealed that his office had been investigating the possible misuse of government resources, such as allegations that Pompeo had compelled an aide to walk his dog at taxpayer expense and handle dinner reservations for his family.

While it is unclear whether Linick was investigating the dinners, which Pompeo suspended in March amid the coronavirus pandemic, they became the subject of a congressional probe.

Before his ouster, Linick was also preparing to interview Pompeo in connection with an investigation into an $8 billion arms deal with Saudi Arabia. In congressional testimony, Linick confirmed the existence of three additional, previously-unreported investigations — one possibly involving workplace violence — adding that each involved "the Office of the Secretary in some way."

Both aides included in the holiday card emails were asked last month about the possible abuse of taxpayer-backed resources in a closed-door hearing before the House Foreign Affairs Committee.

In a transcript of that hearing, published Friday, Porter testified that the personal requests had made her uncomfortable. She also acknowledged that Pompeo's wife sends requests of her from a private email account.

(Porter named "Joe" as Joe Semrad, assistant to the secretary, who handled personal requests when she could not.)

Kenna, a career member of the Senior Foreign Service, said she had done personal work for Mrs. Pompeo's overseas travel.

"It is not a revelation that Mrs. Pompeo, like all the spouses of our dedicated diplomats, is a tremendous force multiplier for our diplomatic mission," the State Department said in a statement provided to McClatchy. "We are beyond proud and honored to have Mrs. Pompeo, and all diplomatic spouses, give so much time, voluntarily, to ensure we here at State are One Team with One Mission. All her service is not only legal, but admirable."