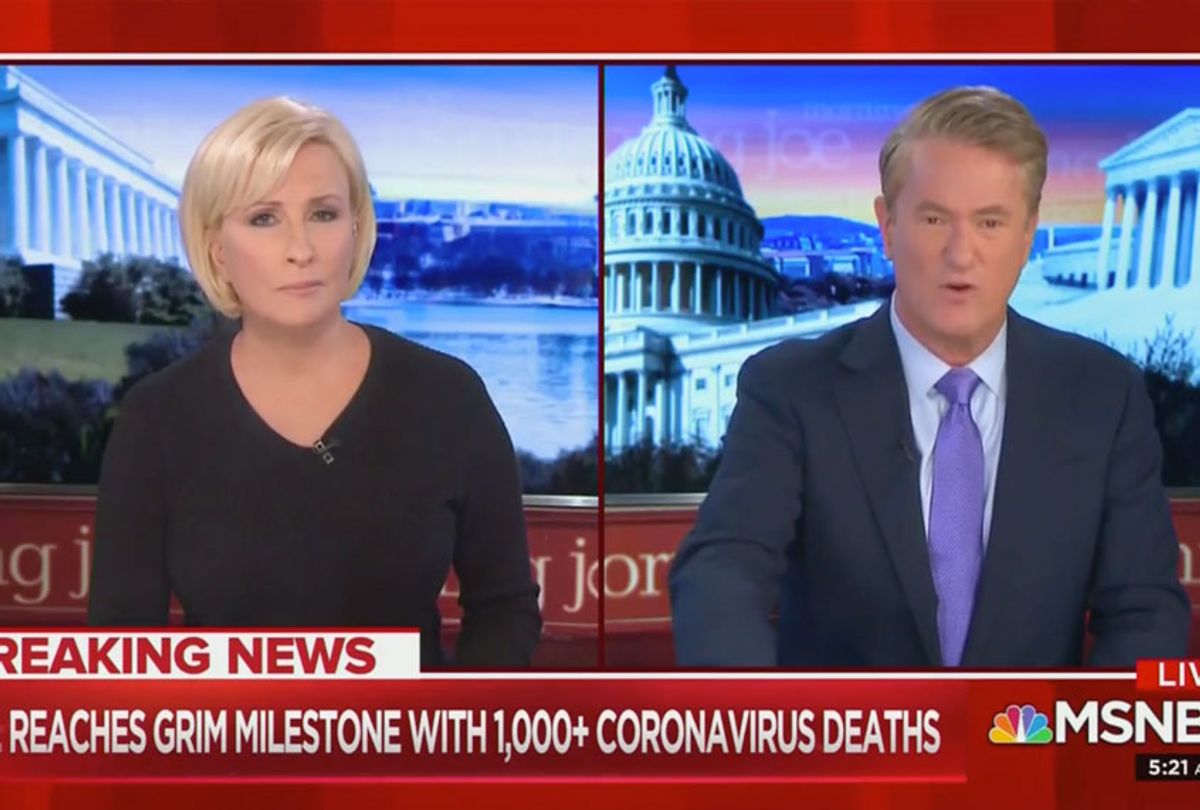 The president was caught on tape admitting to Bob Woodward that he had purposefully downplayed the coronavirus, and the RNC chairwoman justified the revelation six months into a pandemic that has killed nearly 200,000 people in the U.S.

"I understand because she's been working for Donald Trump for as long as she has, and she doesn't remember actually what it's like when you have people like Mitt Romney, who actually tell the truth to the public and don't think the public is stupid, and you can actually trust them to take the information and protect their families," Scarborough said. "But just imagine what would have happened if he told the truth, but he can't. He can't. That's the amazing thing."

Scarborough wondered how some Americans could trust the president over their own eyes and ears.

"You look at Woodward and you look at this book, and he is so twisted and contorted what the truth is," Scarborough said. "You have to admit, he is a symbol of a pretty huge personal personalty cult, who are those people? Am I talking about you? I don't know. Maybe if you hear an audio tape of the president of the United States admitting he lied to Americans when about 200,000 people died, if you think that that is Bob Woodward's fault, that the president's own voice is fake news, you too may be in a personality cult. Call your doctor and check and see."