“Everybody he sees has a hysterectomy—just about everybody,” nurse Dawn Wooten says of the facility's go-to doctor 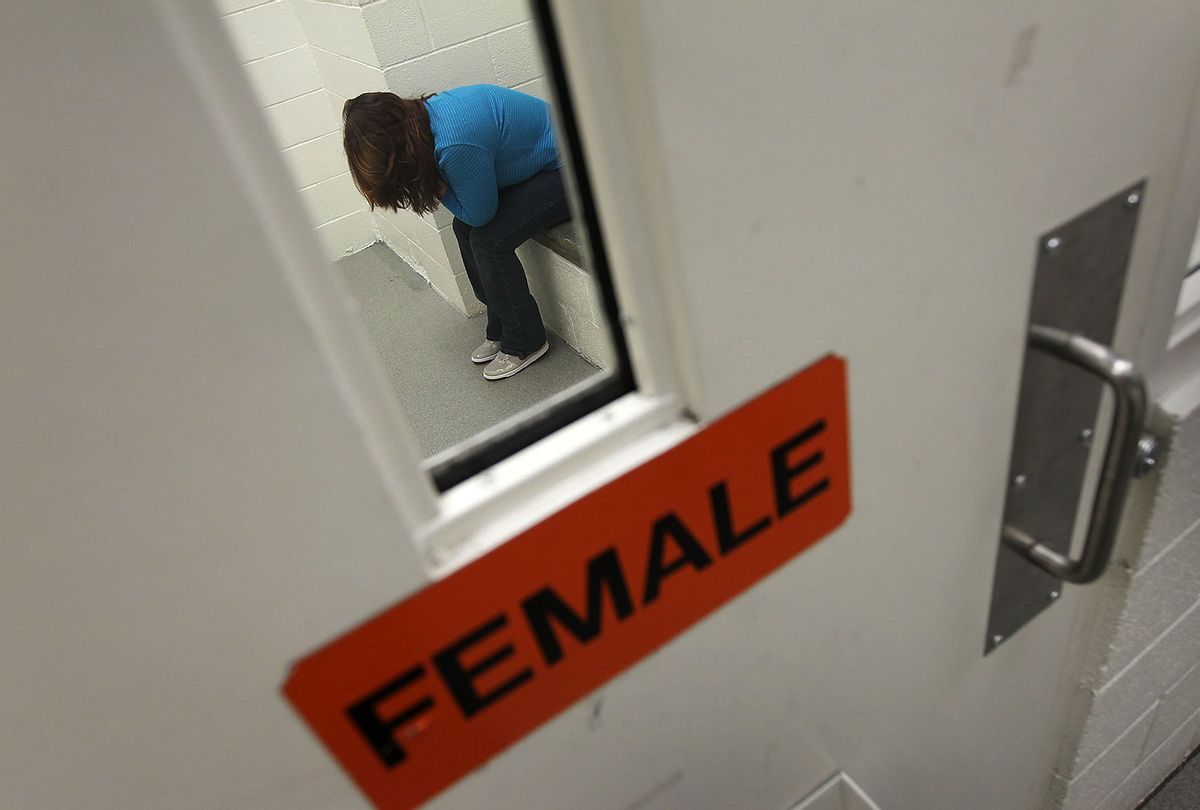 A nurse at a private Immigration and Customers Enforcement (ICE) detention facility alleged that migrants face "medical neglect" and mass hysterectomies, according to a whistleblower complaint filed by multiple legal advocacy groups.

Dawn Wooten, a nurse at the Irwin County Detention Center in Georgia, which is operated by the private prison company LaSalle Corrections, claimed that migrants at the facility face "jarring medical neglect" in the complaint filed by advocacy groups led by Project South. The Intercept was the first outlet to report on the complaint.

In addition to concerns surrounding the new coronavirus, the complaint cited multiple women at the detention facility who were allegedly subjected to hysterectomies, in which part of the uterus is removed.

"Recently, a detained immigrant told Project South that she talked to five different women detained at ICDC between October and December 2019 who had a hysterectomy done," the complaint said. "When she talked to them about the surgery, the women 'reacted confused when explaining why they had one done.' The woman told Project South that it was as though the women were 'trying to tell themselves it's going to be OK.'"

"When I met all these women who had had surgeries, I thought this was like an experimental concentration camp," the detainee said. "It was like they're experimenting with our bodies."

Wooten alleged that the center repeatedly used a gynecologist, who appeared to perform hysterectomies at an unusually high rate.

"Everybody he sees has a hysterectomy — just about everybody," Wooten said. "Everybody's uterus cannot be that bad."

Wooten described the doctor at the "uterus collector."

"We've questioned among ourselves like, 'Goodness, he's taking everybody's stuff out,'" Wooten said. "Everybody he sees, he's taking all their uteruses out, or he's taken their tubes out. What in the world."

Many of the detained women said they did not understand why they were being forced to have the procedure, according to Wooten.

The complaint provided additional accounts from women who said they underwent the procedure, including one who alleged that she had not been properly anesthetized. Another women claimed that she was given three different answers when she asked why the procedure was necessary.

Wooten further alleged that the facility had underreported coronavirus cases — and knowingly placed detainees and staff at risk of infection. Her complaint, which was filed to the Department of Homeland Security's Office of Inspector General, alleged a "silent pandemic" at the facility, where detainees faced neglect and were refused coronavirus tests even when they had symptoms.

Wooten told The Intercept that she had repeatedly complained to management before being demoted in July from her full-time position. She alleged that the reduction in hours was retaliation for speaking out.

Wooten, who has sickle cell anemia, claimed that she had been exposed to detainees with coronavirus — even though her doctor warned she could die if infected.

LaSalle, which operates 18 detention centers, has been accused of mishandling the threat posed by the coronavirus pandemic for months. Medical workers at a LaSalle facility in Louisiana told Congress in July that the company had withheld protective equipment from staff and detainees, as well as ignored coronavirus symptoms and positive tests. A complaint filed by asylum-seekers also alleged physical abuse by staff at a different LaSalle facility in the state last month.

Detainees at the Irwin facility who have staged hunger strikes and protests over fears surrounding the coronavirus have been met with punishment from guards, according to The New York Times. ICE reported that 31 detainees at the facility had tested positive since the start of the pandemic, but Wooten and another medical worker who spoke to The Intercept alleged that there were at least 50 positive cases by early July. More than 15 employees were also infected, Wooten said, including health services administrator Marian Cole, who died in May.

Wooten claimed that ICE bought two rapid testing machines for the facility but provided no training to staff. The machines were used just twice and stored away, according to the nurse.

LaSalle CEO Rodney Cooper said in a letter to Congress that the company was "diligent in operating our facilities at the highest level." Cooper claimed that no detainees had "succumbed" to the coronavirus, even though two guards and a medical worker had died from the virus, according to The Intercept.

ICE did not comment on the report, but the agency told Law & Crime that it "takes all allegations seriously" and deferred to the Office of Inspector General to investigate.

"In general, anonymous, unproven allegations, made without any fact-checkable specifics, should be treated with the appropriate skepticism they deserve," the statement said.

Azadeh Shahshahani, a human rights attorney at Project South, told The Guardian that the groups also plan to file the complaints to the United Nations, describing the alleged treatment as "gross human rights violations" for which "the U.S. government should be held accountable."

"We are calling for people to be freed immediately," she said, "and we have been calling for this facility to be shut down for a long time."