Sean Hannity and Lou Dobbs to be deposed in suit over Fox's coverage of murdered DNC staffer: report 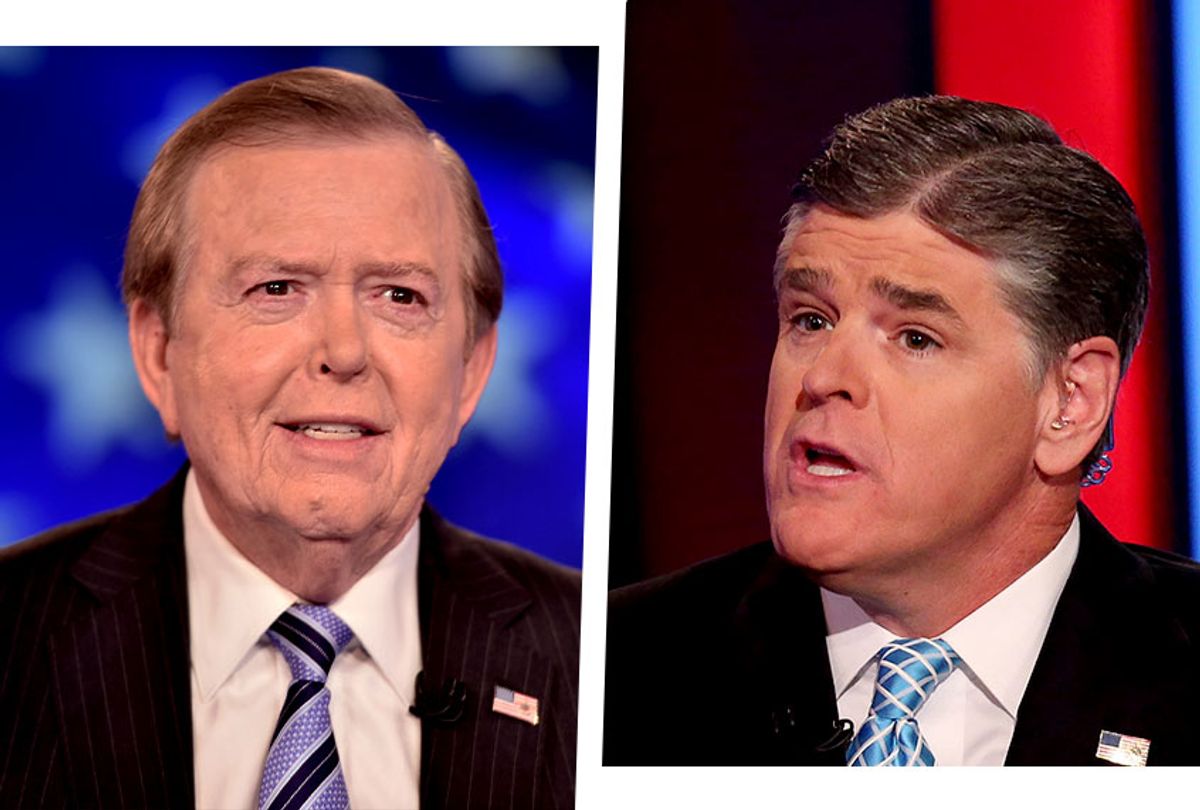 Two of the biggest names from the Fox Corporation are set to testify under oath in a lawsuit over a right-wing conspiracy theory that Russia did not hack the emails from Democratic National Committee that were released to help Donald Trump during the 2016 presidential campaign.

"Fox News star Sean Hannity was once his network's most prominent booster of conspiracy theories about murdered Democratic National Committee staffer Seth Rich, only stopping the rumor-mongering after Rich's grieving parents publicly begged him to knock it off," The Daily Beast reported Monday.

"Now, Hannity will have to answer questions, under oath, about Fox's coverage of Rich's death. Hannity, along with Fox Business host Lou Dobbs and a host of Fox staffers, is set to be deposed in late October over the network's debunked reporting on Rich, which falsely claimed that he had leaked thousands of Democratic emails to WikiLeaks—a leak, they suggested, that led to his politically-motivated murder," The Beast reported. "The depositions have been scheduled as part of an emotional distress and tortious interference lawsuit that Rich's parents, Joel and Mary Rich, filed against Fox, Fox News reporter Malia Zimmerman, and wealthy conservative and former Fox News guest Ed Butowsky."

The report noted that Fox is seeking to block Laura Ingraham from being deposed.