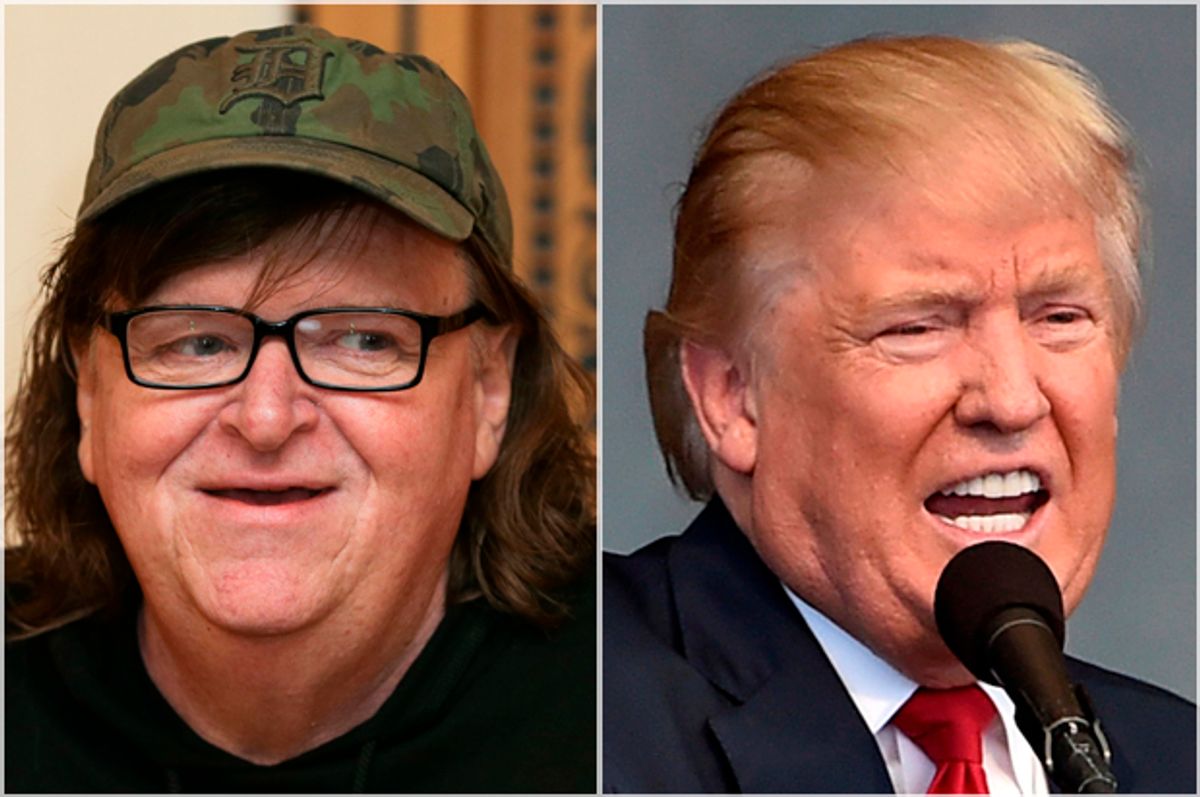 The COVID-19 coronavirus, according to Johns Hopkins University in Baltimore, has killed more than 924,000 people worldwide — and at least 194,000 of those deaths are in the United States. The fact that the U.S. has become the COVID-19 hotspot of the world isn't lost on liberal/progressive filmmaker and activist Michael Moore, who slammed President Donald Trump as a "mass killer" on his September 11 podcast for handling the crisis so badly.

Moore posted the podcast on the 19th anniversary of the 9/11 terrorist attacks, which killed almost 3000 people in the U.S. The COVID-19 pandemic, Moore stressed, has been much deadlier for Americans.

"My friends, this is murder in the extreme," Moore told listeners. "No American other than Confederate President Jefferson Davis and his general, Robert E. Lee, has killed more Americans than Donald J. Trump."

In defense of his coronavirus response, Trump has said that no one could have known how deadly COVID-19 would be in the U.S. But veteran journalist/author Bob Woodward — famous for his reporting on Watergate with Carl Bernstein at the Washington Post during the 1970s — reports, in his new book, "Rage," that Trump was well-aware of the dangers that U.S. was facing when he publicly downplayed its severity. During a February 7 conversation, Trump told Woodward that COVID-19 was "more deadly" than "even your strenuous flus."

More than 600,000 Americans were killed in the Civil War during the 1860s. Moore, discussing how much deadlier the coronavirus pandemic could become in the U.S., noted, "We've been told by the White House Task Force itself, this could get to 400,000 (dead) by Christmas."

On September 11, 2001, al-Qaeda members hijacked four airplanes — crashing two of them into the World Trade Center in New York City and one into the Pentagon in Washington, D.C. A fourth plane went down in Shanksville, Pennsylvania. Making a Trump/Osama bin Laden comparison, Moore noted that Trump "didn't actually kill" any victims of COVID-19 "with his own hands" but added, "I can tell you for a fact that Osama Bin Laden did not fly a single one of those goddamn airplanes. So, he's innocent? No. Trump is a mass killer."