Another day, another Trump administration scandal 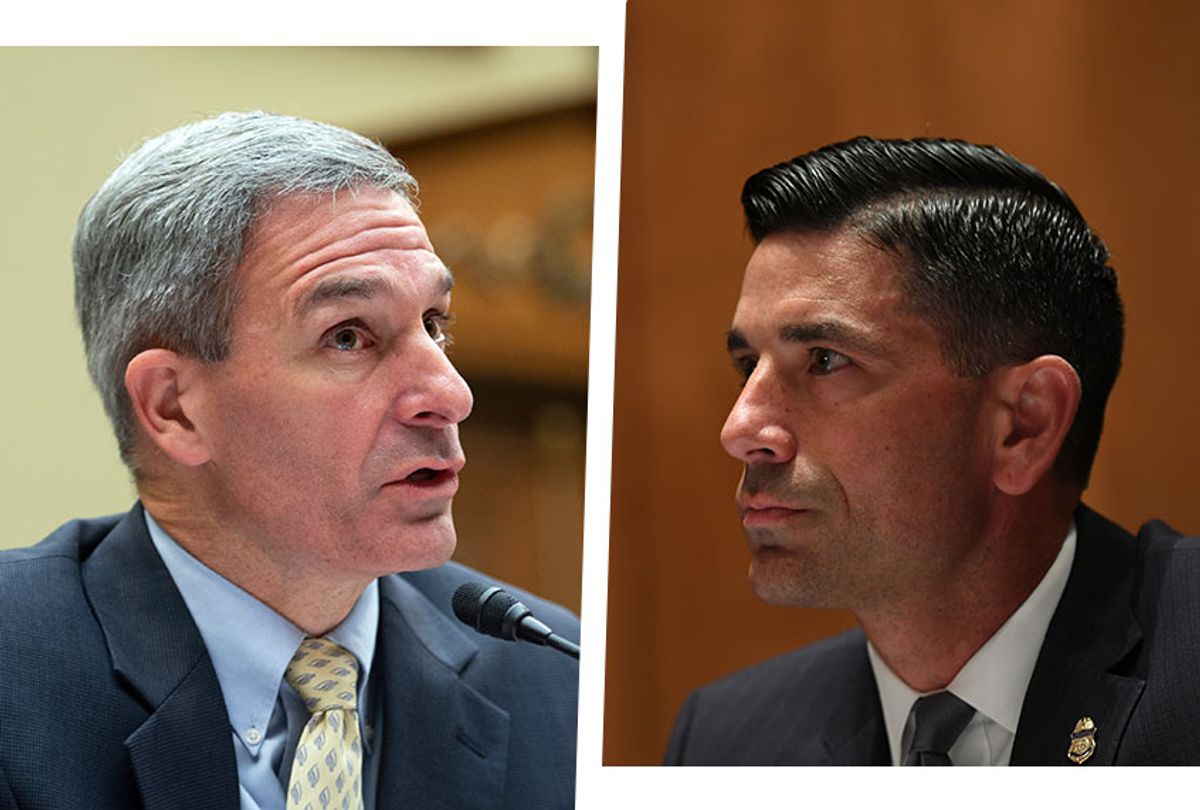 You'd think we could learn from our mistakes.

Of course, if you are Donald Trump, you never make a mistake.

So perhaps that's why Trump learned nothing from the reactions to the Ukraine mess in which, among other things, the White House stepped all over a whistleblower in pursuit of its partisan goals rather than consider whether what it was doing was fully legal, truthful, moral or otherwise right. The resulting: impeachment proceedings.

That lesson might have tempered news of another whistleblower. This time it's a senior Department of Homeland Security official. He filed a formal complaint that he had been pressured by his bosses to suppress facts in intelligence reports that Trump might find objectionable.

These included information to be shared with law enforcement nationally about Russian interference in the election and the rising threat posed by white supremacists.

The whistleblower is Brian J. Murphy, formerly principal deputy under-secretary in the Office of Intelligence and Analysis. He says Chad Wolf, Ken Cuccinelli and others at the top of his department wanted him to alter intelligence reports so they would reflect administration policy goals. Murphy said he was demoted for refusing to go along with the changes and for filing confidential complaints about the incidents to his departmental inspector general.

As it stands, the report at issue was never formally adopted, either as original or altered. Americans are no safer than they were before this incident, and, as with Ukraine, the substantive issues are thrust aside to come down on a guy for trying to do the right thing. We even have a congressional chapter to play out – likely futilely – once again.

And, importantly, we have another plank in the proof that Trump bends Intelligence to his political needs.

That report was an assessment of threats facing the country, including in Portland and other U.S. cities.

As written by Murphy, it nails Russian operatives trying to wheedle their way into elections and highly organized right-wing white supremacy groups as fomenting domestic troubles.

DHS top brass wanted the report toned down on both counts, because they do not comport with Trump's campaign talking points. Yet Chad Wolf, acting DHS secretary, said he had hesitations about the information as presented. Coincidentally or not, Wolf finally has been nominated for confirmation as DHS secretary and would face questions about this.

For Rep. Adam Schiff, chairman of the House Intelligence Committee, this is a re-run of earlier attempts to rewrite intelligence to fit Trump's partisan politics. He vowed a congressional deposition or more as part of looking into the federal response to Portland's violence this summer.

Murphy said that he was directed by Cuccinelli, acting deputy DHS secretary, to modify the report to make the threat posed by white supremacists less severe. He was told to play up the threat posed by left-wing groups, a point that reflects what we repeatedly hear from candidate Trump. Murphy refused and was taken off the project.

Further, while Murphy said he had consistently reported on Russian disinformation efforts, Wolf told him to hold back any reports on Russian election interference because they "made the president look bad," according to the complaint. He also said Wolf told him to report on interference by China and Iran, instead, on instructions came from White House national security adviser Robert O'Brien. Murphy said no and was out.

Indeed, Murphy has found himself here before, under pressure from previous DHS Secretary Kirstjen Nielsen to overstate the presence of armed militants and gang members among immigrants approaching the border.

As it happens, Microsoft reports that even the lean the White House is giving is incorrect. Contrary to an assessment by John Ratliffe, director of national intelligence last month, that China preferred Biden, Microsoft found that Chinese hackers have been attacking the private email accounts of Biden's campaign staff and others. Only one of the Chinese targets detected by Microsoft was affiliated with the Trump camp.

What have we wrought?

To me, it sounds like Ukraine all over again, with different subject matter. We ask for professionals to assess a situation. Then we ignore the threat they discuss, and, worse, trash them for standing by their assessment. And the doctored report gets leaked to the public.

When I go to the doctor, I do it to gain a professional opinion and possible remedy, not to confirm that I am youthful and athletic.

Yet Trump has a pattern of throwing out the inspectors general and the whistleblowers with the partisan bath of information that does not reflect his opinions.

In the end, this is not about Trump, except for his insistence on distancing himself from social truths that he will not recognize, from coronavirus effects to racism to health care and immigration. It is about respect for drawing out inconvenient truths that we should be addressing.

Like Murphy or not, the question here is whether we are doing anything about Russian interference and the continuing rise of armed white supremacists. The unfortunate answer seems to be no, because of whatever drives White House adoration of Russia and the political need to create a left-wing conspiracy of violence.

We are neither safer nor more trusting in government as a result. America is not Great in this.