Rep. Jim Clyburn called the comment "one of the most ridiculous, tone-deaf, god-awful things I have ever heard” 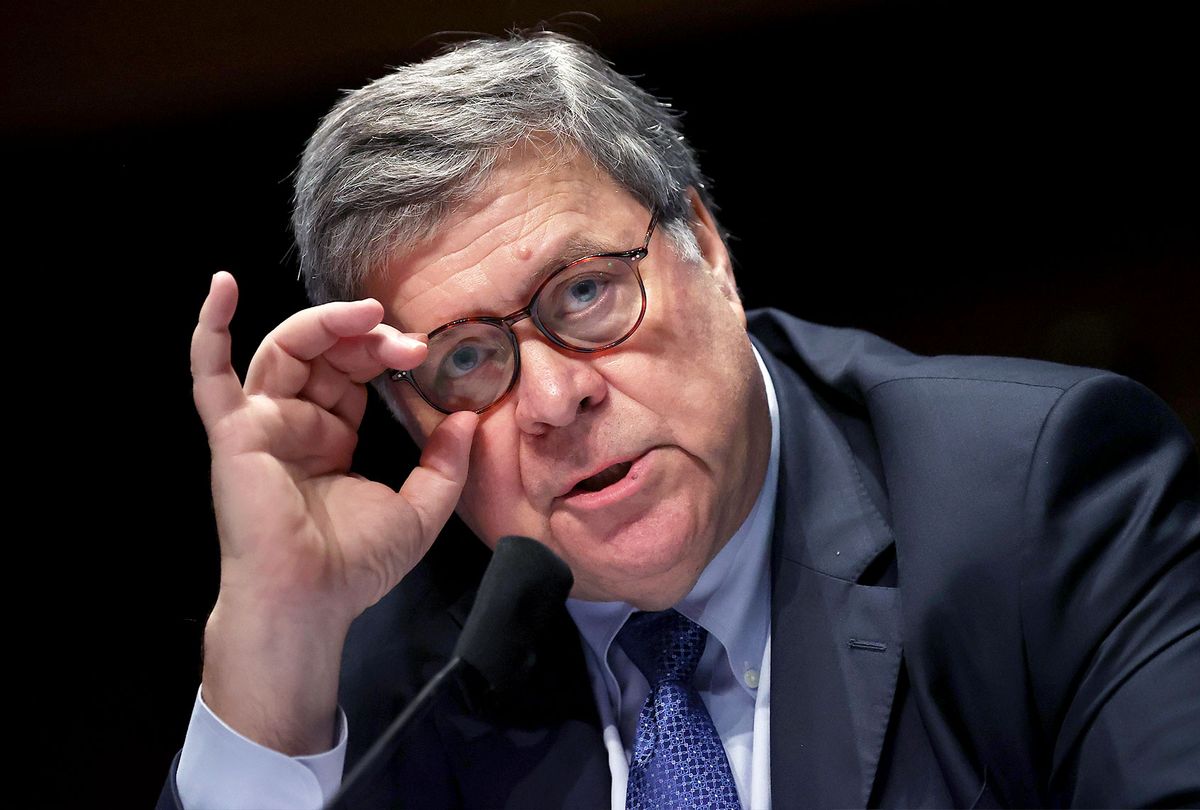 Attorney General Bill Barr came under fire from Democrats after arguing during a Wednesday speech that coronavirus lockdowns were the "greatest intrusion on civil liberties" outside of slavery.

"You know, putting a national lockdown — stay-at-home orders — is like house arrest. It's — you know, other than slavery, which was a different kind of restraint, this is the greatest intrusion on civil liberties in American history," Barr said during a Q&A session after a speech at Hillsdale College.

Barr appeared to suggest that political leaders rather than doctors should made decisions about public health.

"The person in the white coat is not the 'grand seer' who can come up with a right decision for society," he said. "A free people makes its decision through its elected representative."

Rep. Jim Clyburn, D-S.C., the No. 3 Democrat in the House, took offense to Barr's remarks.

"I think that statement by Mr. Barr was one of the most ridiculous, tone-deaf, god-awful things I have ever heard," he told CNN on Thursday. "It is incredible the chief law enforcement officer in this country would equate human bondage to expert advice to save lives."

Clyburn rejected Barr's comparison, because "slavery was not about saving lives — it was about devaluing lives."

"This pandemic is a threat to human life, and the experts — the medical experts, the scientists — are telling us what it takes to respond successfully to this pandemic," he said.

Rep. Hakeem Jeffries, D-N.Y., the chairman of the House Democratic Caucus, also criticized Barr for likening lockdowns to "one of the worst crimes against humanity ever committed."

"The casual way in which he referenced it pretty much tells you all you need to know about Bill Barr and his inability to process the dynamics, particularly as it relates to the systemic racism that has been in the soil of America for 401 years," he told CNN.

Despite arguing that elected officials — not medical — experts should make public health decisions, Barr castigated governors who imposed lockdowns to contain the spread of the coronavirus.

"Most of the governors do what bureaucrats always do, which is they . . . defy common sense," Barr said. "They treat free citizens as babies that can't take responsibility for themselves and others."

Barr has repeatedly complained about the coronavirus lockdowns, intervening in local decisions and instructing Justice Department prosecutors to go after "overbearing" coronavirus restrictions.

Barr, who has increasingly made political statements aimed at the president's political opponents, also used his appearance to lash out at career Department of Justice employees after many criticized him for intervening in cases involving Trump associates.

"Name one successful organization or institution where the lowest level employees' decisions are deemed sacrosanct — there aren't. There aren't any letting the most junior members set the agenda," Barr said. "It might be a good philosophy for a Montessori preschool, but it is no way to run a federal agency."

Barr rejected the criticism that he was "interfering" with cases, arguing that he has sole authority over Justice Department decisions.

Sen. Jeff Merkley, D-Ore., whose state has seen more than 100 consecutive days of protest in Portland, cited a New York Times report that Barr "wants people who are protesting in opposition to the administration to be charged with sedition" as he denounced the attorney general's remarks. The Associated Press later reported that the Justice Department also considered bringing criminal charges against officials in Portland over unrest in the city.

"This is part of an imperial presidency," Merkley told CNN, "an authoritarian approach where you undermine the legitimacy of the press and you absolutely make disagreeing with the administration a crime — charge them with sedition."