Surveillance drones come home from war: Is the "eye in the sky" looking for you? 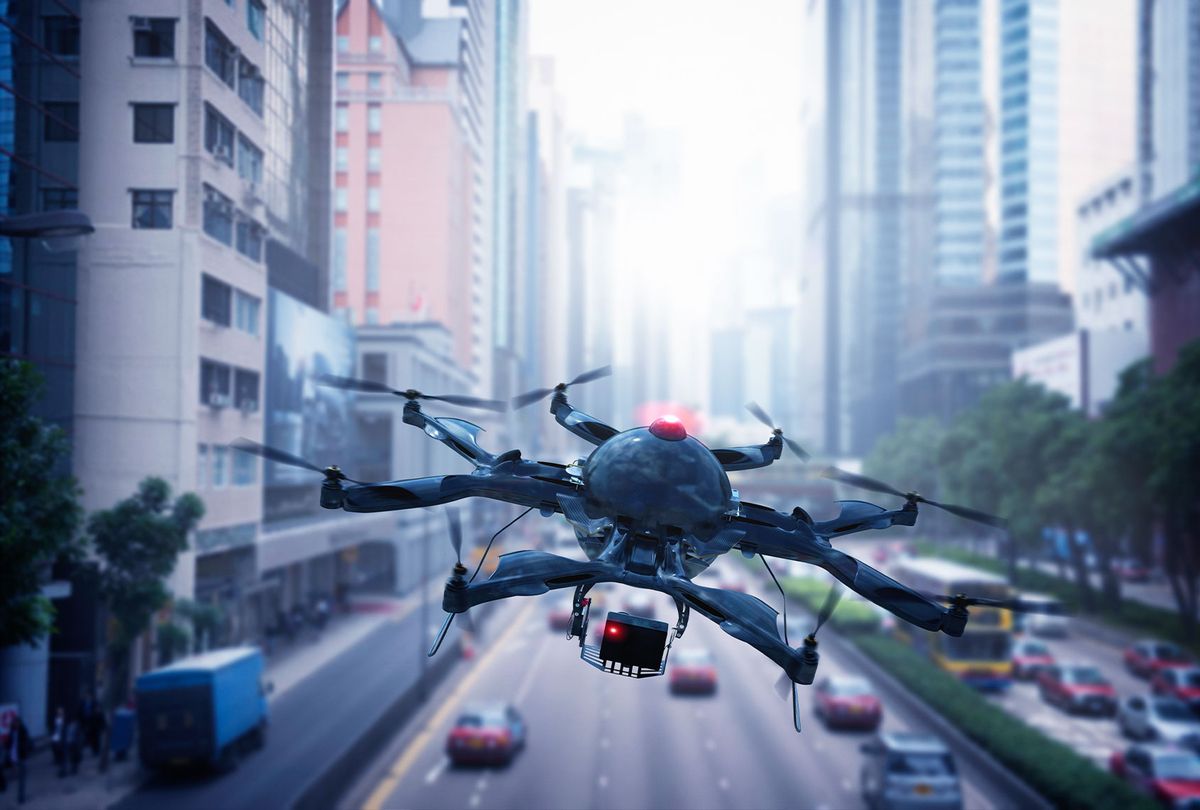 "Gorgon Stare will be looking at a whole city, so there will be no way for the adversary to know what we're looking at, and we can see everything." That same persistent eye in the sky may soon be deployed over U.S. cities.

When Maj. Gen. James Poss made that comment, he was the U.S. Air Force's top intelligence officer and was discussing the use of surveillance drones over Afghanistan. Poss was preparing to leave the Pentagon and move over to the Federal Aviation Administration. His job there was to begin executing the plan to allow those same surveillance drones to fly over American cities.

This plan was ordered by Congress in the 2010 National Defense Authorization Act. It directed the Departments of Defense and Transportation to "develop a plan for providing expanded access to the national airspace for unmanned aircraft systems of the Department of Defense." Gen. Poss was one of nearly two dozen ex-military officers who, starting in 2010, were put into positions at the FAA to oversee drone integration research. With little public scrutiny, the plan has been moving forward ever since.

If you're thinking that this is a partisan issue, think again. This plan has been enacted and expanded under presidents and congressional leadership of both parties. If you're uncomfortable with a President Joe Biden having the ability to track the movements of every Tea Party or QAnon supporter, you should be. Just as we should all be concerned about a President Trump tracking ... well, everybody else.

Along with civil liberties, a major concern must be safety. The military and the drone manufacturers, principally General Atomics, are arguing that the technology has advanced far enough that flying 79-foot wingspan, six-ton drones over populated areas and alongside commercial air traffic is safe. We have one response: self-driving cars. Self-driving cars present a technological problem that is an order of magnitude simpler than aircraft flying hundreds of miles per hour in three dimensions. Yet they still can't keep these cars from plowing into stationary objects like fire trucks (or people) at 60 miles an hour in two dimensions.

Are we really comfortable with pilotless aircraft operating in the same airspace as the 747 at 30,000 feet that is bringing your children home for Christmas? These drones have a troubled history of crashing and, unfortunately, the process for determining whether they are now truly safe has been compromised by allowing the military, which wants this approval, to remain largely in charge of the testing.

Which brings us to San Diego. Last October, General Atomics announced it they would be flying the company's biggest, most advanced surveillance drone yet, the SkyGuardian, over the city of San Diego sometime this summer. Its stated purpose was to demonstrate potential commercial applications of large drones over American cities. In this case, the drone would be used to survey the city's infrastructure.

But when General Atomics first began preparing for the flight, the goal was very different: Back in 2017, military technology analysts were predicting that by 2025, drones similar to those used in Afghanistan and Iraq would be hovering above U.S. cities, relaying high-resolution video of the movement of every citizen to police departments (and who knows who else). When there was public pushback to this police department drone use — even a pro-industry reporter called the idea "dystopian" — General Atomics changed the stated purpose of the flight from providing data to the police to "mapping critical infrastructure" in the San Diego region.

The FAA, which is responsible for granting permission to General Atomics, has kept the process secret. When the Voice of San Diego asked for more information, the FAA refused — on the grounds that this supposed commercial demonstration was actually "military." The Voice of San Diego is now suing to get answers and the ACLU has also expressed concern about the flight. Amid the scrutiny, General Atomics quietly announced that the flight had been canceled, but this is certain to be a small hiccup in their long-term plan.

In fact, General Atomics' drones are already being used domestically. U.S. Customs and Border Protection (CBP) flies Predators over parts of the Mexican and Canadian borders. Recently, CBP has expanded their reach, using these drones to assist police in such cities as Minneapolis, San Antonio and Detroit in the wake of protests against police brutality. Deeply concerned, members of Congress wrote to federal agencies denouncing the chilling effect of government surveillance on law-abiding Americans and demanding an immediate end to the surveillance of peaceful protests.

The concerns of these members of Congress should be echoed by the general public. What are the possible effects on our civil liberties of having high-tech surveillance platforms circling over millions of Americans, gathering information about our every move? We know from past experience that every government surveillance technology that can be abused has been abused. Allowing this powerful technology to be taken from overseas wars and turned inward on American citizens isn't something that should happen without robust public debate. The implications for civil liberties are too profound.

Barry Summers is an activist living in North Carolina who has been researching military drone integration since 2014.