Want to reform the police? That must start with decriminalizing drugs

Too much police violence against people of color is justified by a connection to illegal drugs. There's an easy fix 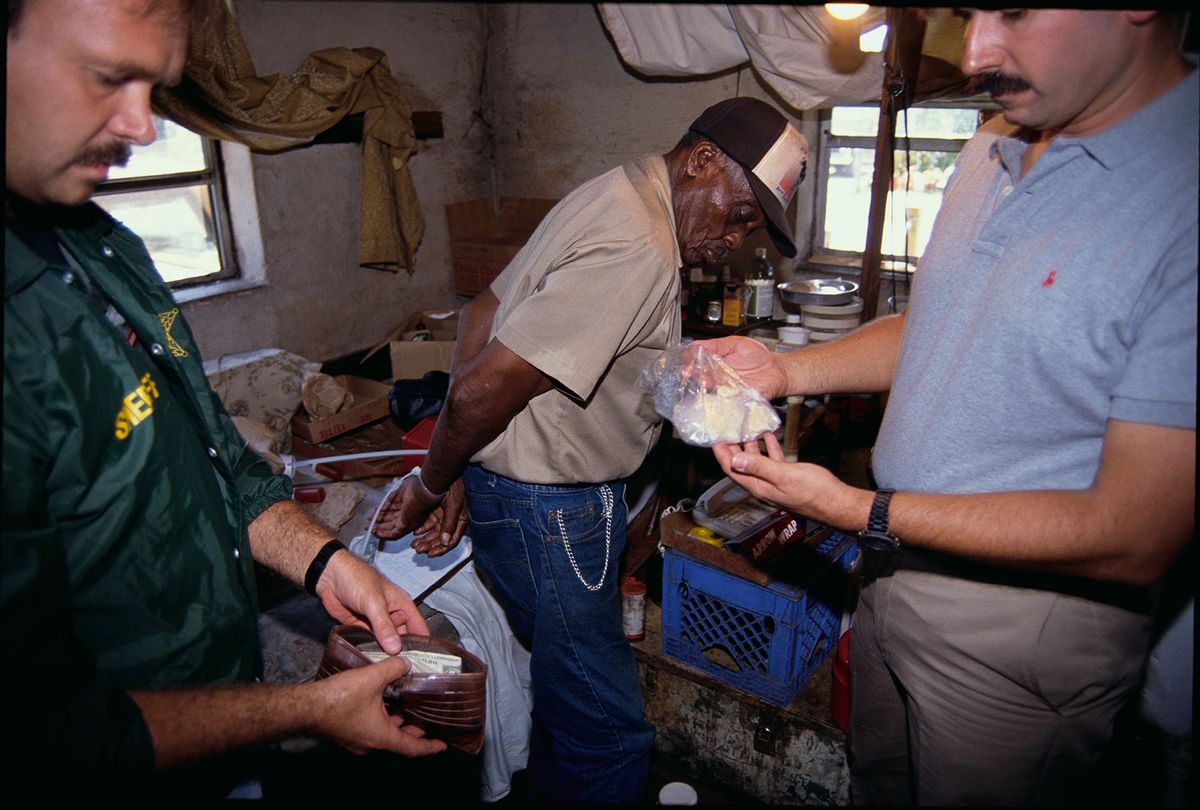 Six months after her death, Breonna Taylor's killers are still looking for drugs.

In March, Sgt. Jonathan Mattingly and Officers Myles Cosgrove and Brett Hankison of the Louisville Metropolitan Police Department arrived at Taylor's door under the pretext of a drug raid, used a "no knock" warrant to enter, and killed her while she slept. No drugs were ever found, but now prosecutors in the case have offered a plea deal to another suspect, urging him to name Taylor as a co-defendant in a drug syndicate in exchange for reduced charges.

This isn't a new approach by law enforcement. Taylor's death magnifies the mechanism by which too many instances of violence and police misconduct, especially against people of color, are often rationalized: by pinning it on drug involvement.

At a time when advocates across the country are calling for reprioritizing funding for traditional law enforcement, it's essential that reforms also include the removal of draconian and overly punitive drug laws, which are at the heart of why so many Black people are harassed, arrested and imprisoned by police in the first place. Black people are almost four times as likely as their white counterparts to be arrested on marijuana charges, despite similar rates of consumption.

When it comes to their conduct, police officers have demonstrated that they will exploit drug use in just about every instance. The defense attorney for former Minneapolis officer Derek Chauvin recently argued that illicit drugs identified in George Floyd's toxicology report at the time of his death caused Floyd's death — not Chauvin's knee on his neck for eight minutes. The 2016 shooting of Philando Castile was supposedly justified because Officer Jeronimo Yanez, in the Minneapolis suburb of St. Anthony, smelled "burnt marijuana" and felt afraid.

It is an American obsession to funnel drug users into the criminal justice system. Recently released numbers on incarceration in Ohio show that of the nearly 14,000 commitments in the past year, 25 percent were due to drug offenses or drug trafficking. Those numbers build on data from 2016, when the American Civil Liberties Union and Human Rights Watch found that more than one in nine arrests made by state law enforcement is for drug possession — a total of 1.25 million arrests each year.

One tragically cruel twist of the COVID-19 pandemic is that incarcerated individuals are now facing more danger in jail than isolating at home. The COVID-19 deaths of 49-year-old Patrick Jones and 30-year-old Andrea Circle Bear — who gave birth while on a ventilator — had two disturbing similarities: both were people of color and both were in federal prison on convictions for nonviolent drug offenses.

It doesn't have to be this way. There are simple — and politically popular — drug reforms that state governments and cities can enact today that would have an immediate impact on preventing harassment of communities of color.

We need a public health approach to drugs and increase access to health and social services for people involved with the drug market. Several studies have found that addiction treatment also decreases crime. But in cities across the United States, the allocation to public health is often less than what is spent on overtime for police.

Decriminalizing personal possession will also help curb police harassment. States that do this can have a big impact on ending fatal overdose — which is preventable — because it can create an environment that encourages individuals to seek assistance.

It's also critical that municipalities expand services so that police are not be first responders for overdose calls. Paramedics and medical professionals are better qualified and more prepared to address overdose cases, and they should be invited to step in.

Drug policy reform isn't a panacea and will not, on its own, produce the change 2020 has rightfully forced us all to reckon with. If embraced thoughtfully and with conviction, however, it will provide much needed focus for those of us marching in the streets demanding social justice. If we are to honor the demands lifted up by the Black Lives Matter movement, let's create a tangible change for communities of color across the country by amending such drug laws.