Is the government’s plan feasible? 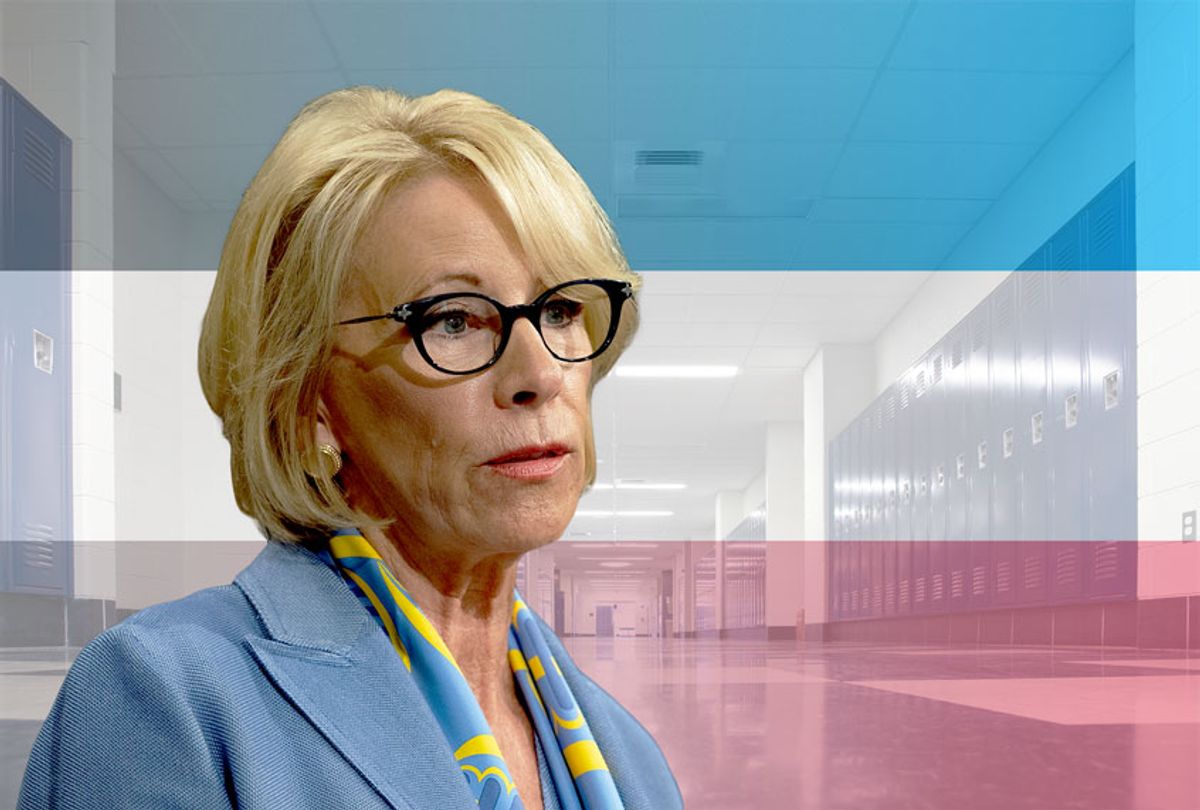 Since the passage of the No Child Left Behind Act of 2001, U.S. public school students have had to take federally mandated standardized tests every year.

Students got a break in the spring of 2020 when DeVos announced that states could apply for waivers due to the pandemic. "Neither students nor teachers," she explained, "need to be focused on high-stakes tests during this difficult time."

In September, DeVos reaffirmed her commitment to federally mandated testing. "It is now our expectation," DeVos wrote in a letter to chief state school officers, "that states will, in the interest of students," administer standardized tests at the end of the 2020-2021 school year.

2. How is testing data used?

As a political scientist who researches education policy, I know that money is the main lever for the federal government to influence states and local school districts. For example, the federal government sets conditions that states must accept to secure Title I funding, which supports schools where many children are being raised in poverty.

Only about 8% of the roughly US$720 billion that all levels of government spend on public schools comes from federal sources. Yet federal education money is vital because it helps state and local governments boost their budgets for the education of some of the most vulnerable students, including those with special needs.

In the spring of 2019, the DeVos team threatened to withhold $340 million in federal education funds from Arizona. Why? Because the state had not complied with the testing requirements of the Every Student Succeeds Act, which replaced No Child Left Behind in 2015.

In short, states may face a financial hit if they do not heed DeVos' warning about testing. And if states lose federal funding, they may, in turn, cut their funding for local school districts.

In her letter, DeVos called federally mandated tests "among the most reliable tools available to help us understand how children are performing in school." This data provides information to teachers, parents, policymakers and the public about how schools compare to one another. Without this data, in DeVos' view, the American people will not have transparency and accountability in public education.

But getting good data during a pandemic may prove challenging. The recent precedent for large numbers of students taking standardized tests online, rather than at school or another appropriate public place, isn't promising.

After the College Board administered Advanced Placement tests online in the spring of 2020, students and their families complained when they were not able to upload their exams.

What's more, research shows that physical conditions where the testing happens matters. If administrators cannot adjust the thermostat in a public school building, for example, it can skew test outcomes. As a result, I'm concerned that unequal conditions at students' homes could make students who face economic hardship or have other challenges where they live score lower than they should – making their scores a less meaningful way to measure their academic strengths and achievements.

In response to questions about whether testing will be feasible during the 2020-2021 school year, DeVos has asked chief state school officers to get more creative. "I am reminded of the old saying: Necessity is the mother of invention," she stated.

DeVos also told chief state school officers to follow "the guidance of local health officials." And yet, her letter lacks any specific guidance on how states could administer tests in case students cannot safely take the tests in public school buildings due to COVID-19 surges.

4. Could a Biden administration waive testing?

Democratic presidential nominee Joe Biden's official position on education, as spelled out on his campaign's website, doesn't mention high-stakes testing. Nor does his campaign say anything about revising the Every Student Succeeds Act, which Congress must revisit and possibly change through an upcoming reauthorization process after the 2020-21 school year.

In her letter to the chief state school officers, DeVos observed that "statewide assessments are at the very core of the bipartisan agreement that forged ESSA." DeVos noted that a bipartisan coalition supports administering tests this year.

One of Biden's senior education policy advisers is Carmel Martin. A former Obama Education Department staffer, Martin until recently worked for the Center for American Progress, a liberal think tank with strong ties to the Democratic Party that DeVos cited in her decision to proceed with federally mandated testing.

If Biden becomes president, therefore, I think it's reasonable for schools to assume that his education team will only grant waivers, like the one DeVos issued in March 2020, in "extraordinary circumstances."