Meanwhile, former campaign manager Brad Parscale appears to have taken a $15,000 a month pay cut since his demotion 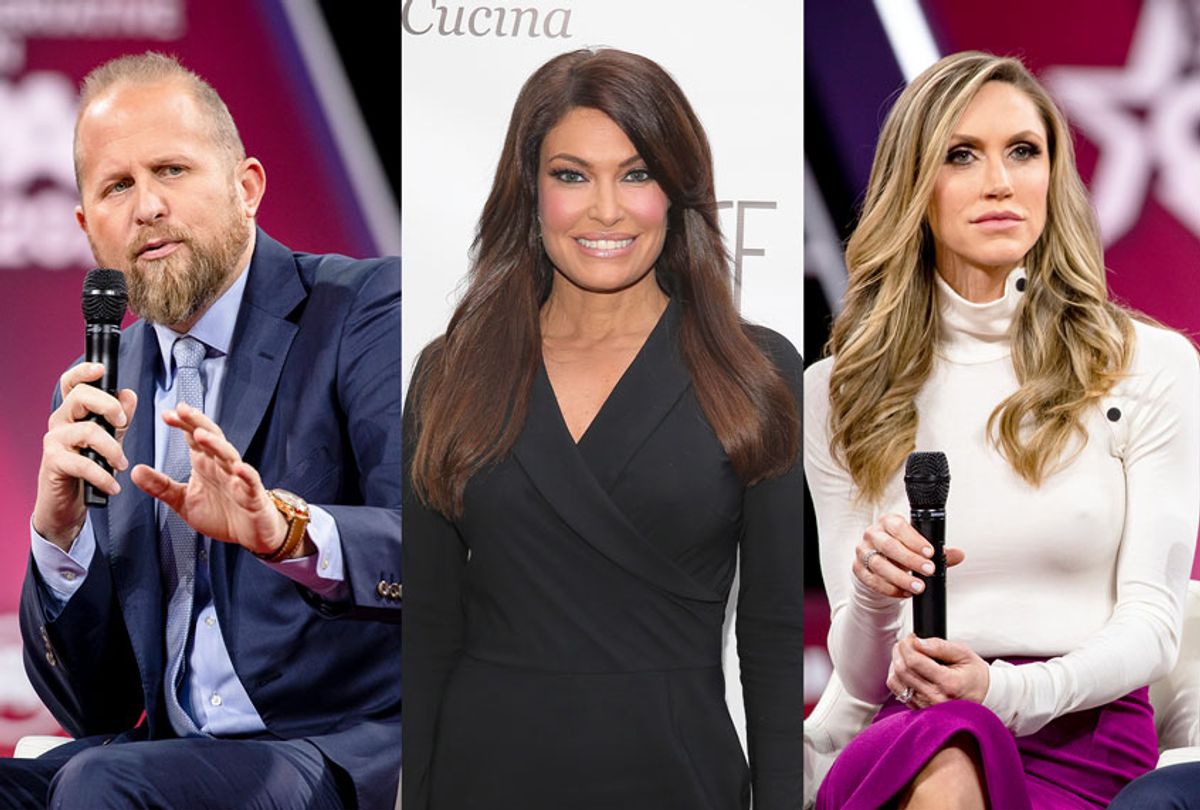 The campaign's August report, which was filed Sunday with the Federal Election Commission, shows no payroll payments to a number of senior advisers, with gaps from July previously reported by Salon still open.

While the campaign reports salary payments to chief of staff Stephanie Alexander and senior adviser Katrina Pierson — at the rate of $20,000 a month each — it does not appear to issue similar reports for Guilfoyle; COO Jeff DeWit; or senior advisers Bob Paduchik, Bill Shine and Lara Trump, filings show.

Further, the Trump campaign has still not disclosed any payments to senior adviser Jason Miller or new campaign manager, Bill Stepien, who took over Brad Parscale's role in July, according to mandatory filings.

Parscale appears to have taken a $15,000 a month pay cut along with his demotion, or a drop from $47,747 to $32,747 from July to August, per federal records. However, that payment did not go straight to Parscale for official campaign work but rather to his firm Parscale Strategy for "strategy consulting."

That same firm has reportedly funneled salary payments to Guilfoyle and Lara Trump, the significant others of the president's eldest two sons. Those payments were said to be $15,000 a month, or the same amount cut from Parscale's take. (Guilfoyle's role floats in press reports from senior Trump campaign adviser to financial chair of Trump Victory, which is a joint fundraising arm of the Republican National Committee. It does not report salary payments to her, either.)

While the campaign did not report paying Stepien a salary, it did report a $300 payment to the new campaign manager on Aug. 18 for "strategy consulting." Though the campaign does not appear to directly pay Miller, Salon reviewed court documents showing that the top strategist made as much as $35,000 a month from his campaign work. That would effectually be a $420,000 salary, or more than the presidency pays.

However, the Trump campaign does disclose payments to Jamestown Associates, a media company founded in New Jersey which specializes in campaign publicity. Miller was once a top Jamestown executive, and Stepien also has ties to the firm through former Gov. Chris Christie, R-N.J. (Christie fired Stepien as his campaign manager in the wake of the "Bridgegate" scandal before going on to praise his elevation to the top slot in Trump's operation this year.)

FEC filings show that the campaign has made several payments to Jamestown this year, ranging from approximately $7,500 to $45,500 through June. In July, those payments increased significantly, including a $78,394 payment on July 13 and a $133,800 payment on July 28.

Miller joined the campaign in June, and Stepien was promoted by the campaign on July 15. The campaign reports that the disbursements to Jamestown Associates were for "video production services."

Jamestown Associates made several campaign ads ahead of the Republican National Convention last month, and the campaign's August filings show five payments over the course of the month totaling about $210,000. One of those payments — for $28,180.73 — also shows up in the same amount as a campaign debt still owed at the end of the month.

"A debt and a payment to resolve that debt shouldn't appear on the same report," campaign finance expert Brett Kappel told Salon. "An unpaid invoice doesn't become a reportable debt until it has gone unpaid for 60 days."

"It may be an accounting error. They paid an invoice that was more than 60 days old," Kappel continued. "If so, they should have just reported the payment and never reported it as a debt. It could also be a coincidence that they received two invoices for the same amount, but that seems unlikely given the services they provide. I have seen it happen, however, when a vendor provides the same service repeatedly for a fixed fee."

Jamestown Associates has only billed the campaign for $28,180.73 on one occasion.