"'Herd immunity' without a vaccine is deadly," said one epidemiologist. "Trump's idiocy on science is killing us" 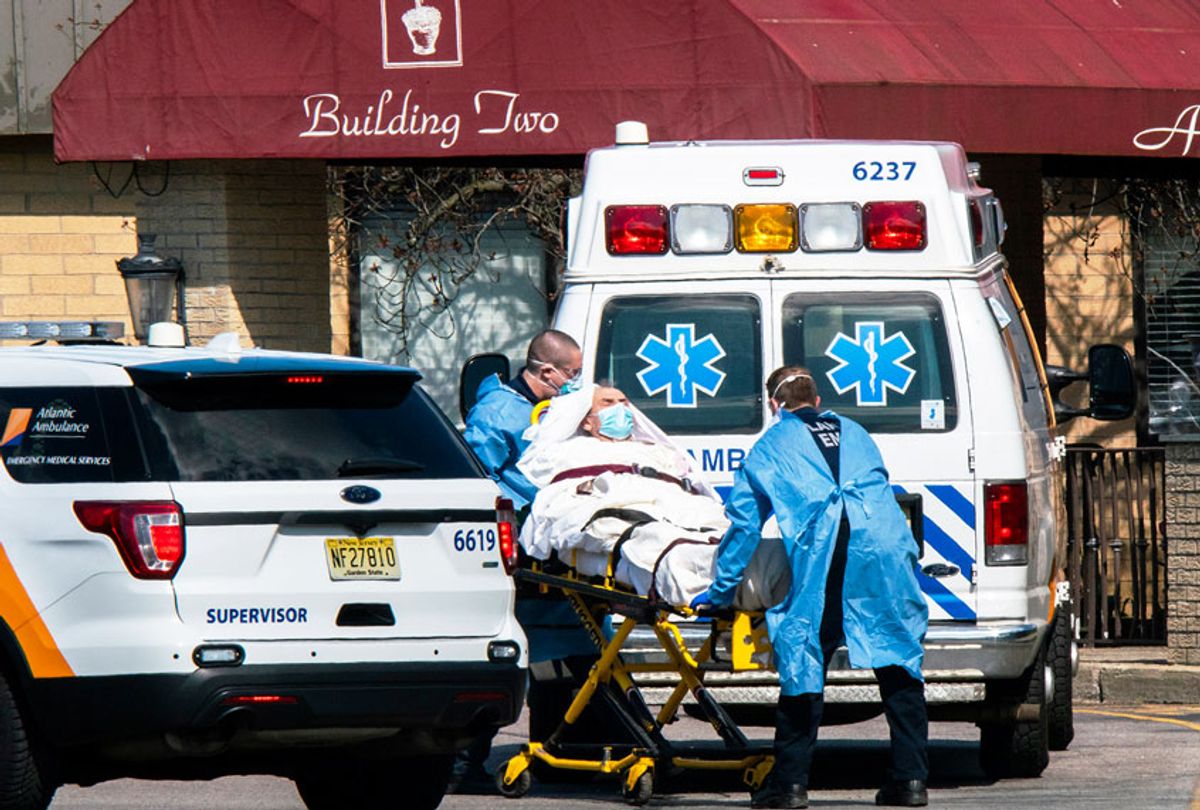 Insisting during a town hall Tuesday night that COVID-19 will simply disappear on its own — echoing a baseless claim he also made in February, March, April, May, June, July, and August — President Donald Trump touted a so-called "herd immunity" approach to the pandemic that public health experts warn would lead to hundreds of millions of new coronavirus infections and millions of additional deaths.

"We're gonna be OK. And it is going away," Trump told ABC's George Stephanopoulos. "And it's probably gonna go away now a lot faster with the vaccine. It would go away without the vaccine, George."

When Stephanopoulos replied that "many deaths" would result such a scenario, Trump said: "You'll develop like a herd mentality. It's gonna be herd developed, and that's gonna happen. That will all happen. But with a vaccine, I think it will go away very quickly. But I really believe we're rounding the corner, and I believe that strongly."

Trump's remarks came as COVID-19 continues to spread across the United States, with the nation averaging around 38,000 new cases per day over the past week. In total, the U.S. has recorded over 6.6 million positive coronavirus cases and at least 195,600 deaths, and it remains unclear when a safe and effective vaccine will be available to the public.

"This was not true when Trump said it in February," said Rep. Don Beyer, D-Va., in response to the president's claim that the virus is going away. "It is not true today, 195,000 American deaths later. COVID-19 is not going to just 'disappear.' Making that the strategy leads to more preventable deaths."

To reach "herd immunity" to the virus, experts say around 65% of the U.S. population — over 200 million people — would have to be infected. Given the current U.S. death rate from COVID-19, that number of cases would kill millions of people.

"'Herd mentality' is what his cult followers have," epidemiologist Eric Feigl-Ding tweeted following the president's comments late Tuesday. "'Herd immunity' without a vaccine is deadly. Trump's idiocy on science is killing us."

"He's describing a massacre," tweeted Wolfers. "If you think the problem here is that he said herd mentality rather than herd immunity, you're missing the big picture. Whatever word he spoke, the idea is to sacrifice several hundred thousand more people's lives."

Trump's town hall came days after Dr. Anthony Fauci, director of the National Institute of Allergy and Infectious Diseases, warned the number of deaths that would result from a "herd immunity" approach to the virus would be "totally unacceptable."

"If everyone contracted it, even with the relatively high percentage of people without symptoms... a lot of people are going to die," said Fauci, who Trump officials have attempted to muzzle as he continues to publicly warn that the fight against the pandemic is far from over, contradicting the president's false optimism.