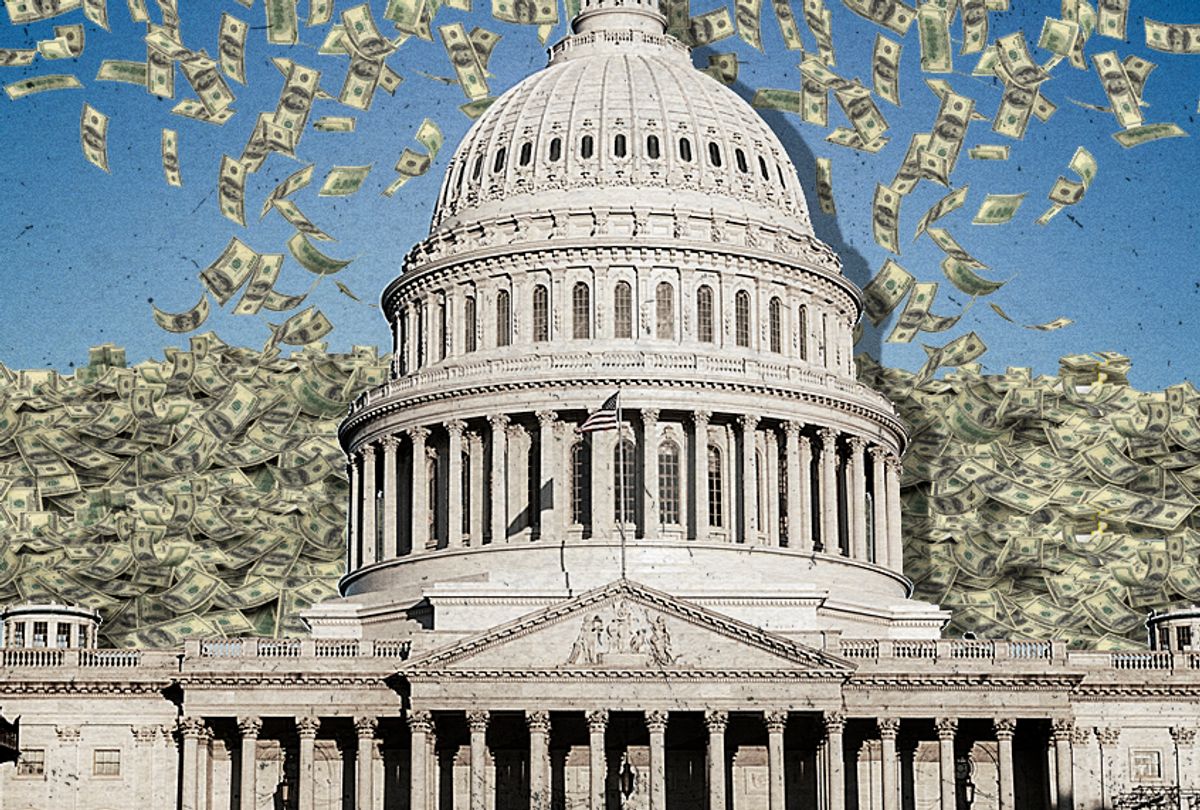 "From Alaska to Maine to the Carolinas, Democratic strategists working on Senate campaigns described a spontaneous outpouring of donations the likes of which they had never seen, allowing Democrats the financial freedom to broaden the map of pickup opportunities, or press their financial advantage in top battlegrounds already saturated with advertising," The New York Times reported Monday.

"By Monday, Democratic contributors had given more than $150 million online through ActBlue, the leading site for processing digital donations. ActBlue broke one record after another — its biggest hour in 16 years, its busiest day, its busiest weekend — after Justice Ginsburg's death. An estimated tens of millions of dollars went toward efforts to retake the Senate, where the acrimonious confirmation fight to replace Justice Ginsburg will occur," the newspaper reported.

For control of the Senate, Democrats need to pick up at least three seats if they win the presidency, or four if Trump and Mike Pence are re-elected.

"At least 13 Democratic candidates raised more than $1.3 million each since Friday from a single fund-raising effort, which included Dr. Gross, a former orthopedic surgeon. And in a closely contested race in North Carolina that could tip the balance in the chamber, Cal Cunningham, the Democrat challenging Senator Thom Tillis, enjoyed a $6 million influx of cash. As impressive as Mr. Cunningham's haul was, the Democratic candidates in Maine, Arizona, Kentucky and South Carolina are believed to have fared even better," the newspaper explained.

"So far, Republicans have not reported any commensurate surge in donations, though they expect that will change once Mr. Trump names his nominee later this week," the newspaper noted.